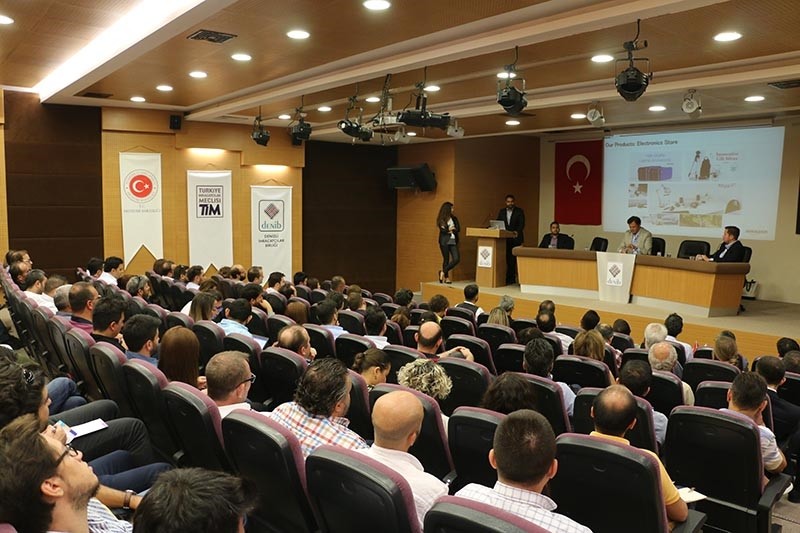 A procurement committee from the European branch of the global e-commerce giant Amazon has arrived in Denizli, an industrial city in southwestern Turkey dubbed as "the capital of textile," to meet with Turkish exporters and visit home textile companies.

Thrakan said that Turkish companies can be involved in the Amazon platform under the Amazon brand or with exclusive brands and products they will develop specifically for the platform.

Highlighting Turkey's favorable geographical location, Thrakan said the availability of daily shipments to almost every point in Europe is an important advantage.

DENİB Chairman Süleyman Kocasert told Anadolu Agency that they expect Amazon EU to quickly increase its purchases from Denizli within a short period of time.

"There have recently been very positive developments regarding Amazon's point of view toward Turkey. Turkey has a strong potential for e-commercial business. Amazon noticed that as well. I hope that our cooperation will bring good results as soon as possible," Kocasert said.

He noted that following a visit by officials from another e-commerce giant Alibaba.com, Amazon officials were also able to see the production technology, quality and delivery speed at the manufacturing sites.

E-commerce is growing rapidly in the world, but in Turkey it is in its initial stage, Kocasert said, adding that cooperation with Amazon platform will provide essential increase for the country's trade.

Kocasert noted that e-commerce has a share of less than 5 percent in the total exports of the home textile sector.

"We aim to increase e-commerce infrastructure by two, three or even fourfold. In the next three years, the share of e-commerce in Denizli's total trade volume will increase above 5 percent and we will be talking about two-digit figures for 2023," he added.

Pointing to Amazon's preparations to enter the Turkish market, recently reported after the e-commerce giant founded a Turkish subsidiary in Istanbul, Kocasert argued that these developments will have a positive effect on the purchasing process in Turkey.

"I think these are processes that have a complementary, domino effect on each other. Amazon is in talks with the Ministry of Economy to enter the Turkish market," he said. "Amazon is very big in the U.S. and Europe and has, recently, been very pleased with their structuring in China and India, as well as Brazil. We can say that Turkey will be the next successful market."

Denizli is a center for Turkey's home textiles production. Products from the city are exported to 165 countries worldwide.

According to recent figures, the city's towel exports to the U.S. increased by 23 percent during the first eight months of the year and were recorded at $55 million compared to the same period last year. Turkey is also one of the largest home textile suppliers of Europe. The overall home textile exports in 2015 were recorded at $3 billion, and the major markets for exports were Germany, the U.S., U.K., France and Russia.

Amazon.com is a U.S.-based e-commerce and cloud computing company, founded by Jeff Bezos on July 5, 1994, in Seattle, and it is on Forbes' most innovative companies list.