WTO hikes trade growth forecast for 2017 to 3.6 percent upon strong first half results 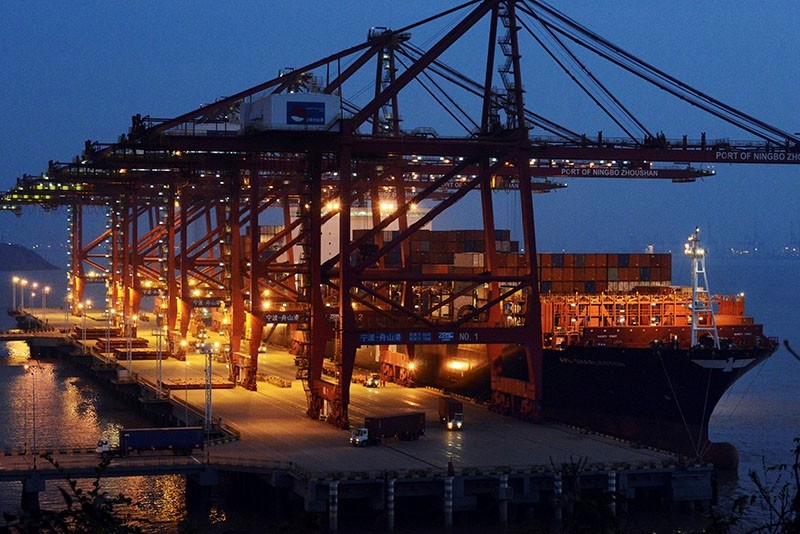 The World Trade Organization on Thursday boosted its forecast for global trade growth in 2017 as commerce rebounded strongly, but cautioned that major threats could still derail the positive trajectory.

The better outlook was driven by improved trade flows within Asia and stronger demand for goods in North America through the first half of the year, the 164-member Geneva-based body said.

An April projection of 2.4 percent growth for this year has been upped to 3.6 percent, the organization said in a press release, headlined "WTO upgrades forecast for 2017 as trade rebounds strongly".

"Growth of 3.6 percent would represent a substantial improvement on the lackluster 1.3 percent increase in 2016," it said.

The WTO had been steadily lamenting the stagnant global trade climate that persisted following the 2008 financial crisis.

While the organization's director general Roberto Azevedo applauded the return of good news, he renewed his concerns over worrying political headwinds, especially protectionism.

"The improved outlook for trade is welcome news, but substantial risks that threaten the world economy remain in place and could easily undermine any trade recovery," Azevedo said in a statement.

"These risks include the possibility that protectionist rhetoric translates into trade restrictive actions, a worrying rise in global geopolitical tensions and a rising economic toll from natural disasters," he added.

Azevedo has firmly pushed back against the barrage of anti-trade commentary that emerged from Donald Trump's US administration.

Trump and his trade team have also blasted the WTO, including charges it has been too kind to China.

In a continued defense of the multilateral trading system safeguarded by the WTO, Azevedo again urged world leaders to "resist the temptation of protectionism" while trying to improve, rather than restrict global trade.

The modest bounce back in oil prices appears to have helped investment in the United States, the WTO said, noting however that current crude prices of around $50 (42 euros) per barrel were still well below 2014 peaks.

The organization also stressed that rapid growth this year is unlikely to be repeated in 2018, in part because it will not be measured against the low 2016 base.

Also, "fiscal expansion and easy credit in China are likely to be reined in to prevent the economy from overheating," the statement said.

That, combined with an expected interest rate rise and tighter monetary policy in major economies, will likely keep 2018 growth at around 3.2 percent, the WTO predicted.