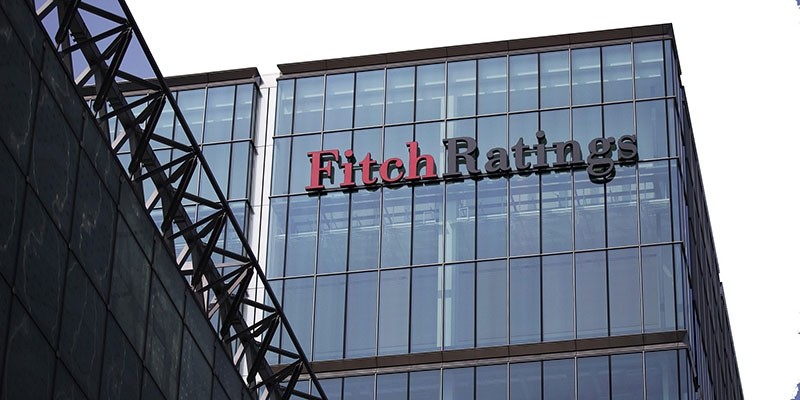 The headquarters of Fitch Ratings Ltd. stands in the Canary Wharf business and shopping district in London, U.K., on Friday, July 12, 2013. (Simon Dawson/Bloomberg via Getty Images)
by Daily Sabah Oct 02, 2017 12:00 am

After better-than-expected growth data in the first and second quarters of the year, the U.S.-based agency Fitch Ratings also raised third quarter expectations and said the Turkish economy will expand more than 7 percent, while revising up the year-end forecast one more time

Besides its prediction for the third quarter growth, the agency revised up the 2017 gross domestic product growth rate to 5.5 percent from 4.7 percent, while stating that the Turkish economy will expand 4.1 percent in 2018 and 2019.

The GEO report read: "The second quarter growth also surpassed Fitch expectations with a 5.1 percent growth. The performance is continuously supported by the temporary fiscal measures and various government support packages including the Credit Guarantee Fund (CGF)," referring to the supportive role of the strengthening eurozone economy.

High frequency indicators demonstrate that the strong growth performance continues in the third quarter as well. The annual base effect rose as a result of the failed coup that occurred in the third quarter of 2016, the report said. "Therefore, we raise the 2017 growth forecast for the Turkish economy to 5.5 percent."

Fitch Ratings also noted that the agency predicts a slowdown in the last quarter as a large portion of the funds offered as part of the CGF were distributed and most of the fiscal measures will terminate by the end of the year. Accordingly, the agency keeps 2018 and 2019 growth rates at 4.1 percent.

"Political evaluations ahead of the November 2019 elections might trigger the government's new incentive packages, the agency noted, adding that a more expansionary fiscal policy might be followed.

According to Fitch, the sharp devaluation in the lira continues to pressure inflation, and the base effect will continue to keep the inflation at double digits in the last quarter of the year, while the two-year inflation forecasts hover around 8 percent.

Fitch also claimed that the double-digit inflation will deter Central Bank of the Republic of Turkey (CBRT) from following an expansionary monetary policy. The mild decrease in 2018 inflation might give a little space for expansion, which will be seen as a cut in the interest rates for the weighted average cost of CBRT funding, it emphasized.

Exceeding expectations, the Turkish economy grew 5.2 percent and 5.2 percent in the first and second quarters of the year, respectively, which made it the third best-performing economy among G20 countries.