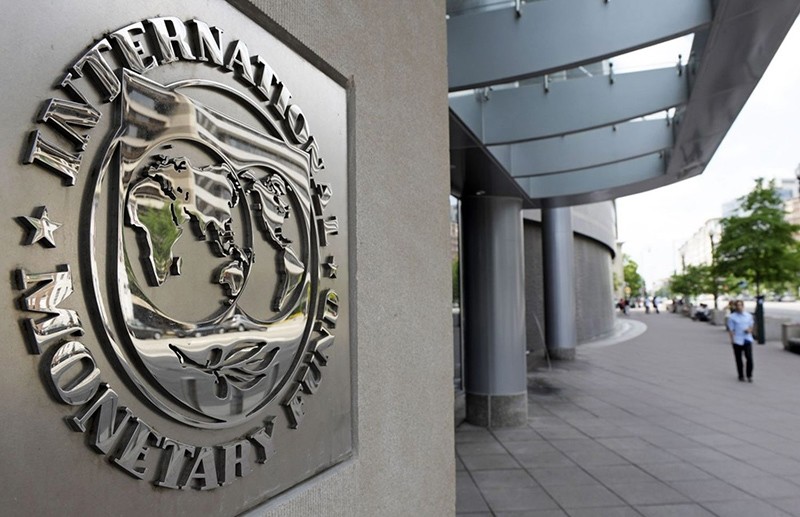 The IMF published the October 2017 edition of the World Economic Outlook (WEO) Report under the title "Seeking Sustainable Growth." Turkey's growth expectancies for 2017 and 2018 were raised from 2.5 percent to 5.1 percent and from 3.3 percent to 3.5 percent, respectively.

The report, announced earlier this week before the "IMF-World Bank Annual Meetings," revised the global growth expectation to 3.6 percent for this year and 3.7 percent for next year, highlighting the cyclical recovery in the global economy. Growth estimates of the entity for 2017 and 2018 were set at 3.5 percent and 3.6 percent, respectively, in the WEO report updated in July.

According to the report, even though the short-term risks in the world economy are decreasing, many countries are likely to be exposed to downside risks in the middle term, while low inflation in developed countries, financial turmoil in emerging market economies, more tightening in global financial conditions than expected and conservative policies can be counted among the aforementioned risks.

In the IMF's October 2017 WEO report, growth estimates for the U.S., Japan and many European countries were revised upwards.

The institution which raised the eurozone's growth forecast for 2017 and 2018 by 0.2 percentage points to 2.1 percent and 1.9 percent respectively, also increased expectations for Germany, France, Italy and Spain. According to new projections, Germany will grow by 2 percent this year and 1.8 percent next year. These ratios indicate an increase of 0.2 points compared to the update made in July.

On the other hand, the IMF fixed this year's growth estimate for Spain, which came to the fore with Catalonia's independence attempts, at 3.1 percent, while revising the country's growth expectation for the next year from 2.4 percent to 2.5 percent.

While the biggest revision on the list of developed countries was made to Canada's growth forecasts, the country's growth estimate was raised from 2.5 percent to 3 percent this year and from 1.9 percent to 2.1 percent next year.

The general growth expectation for the developed countries group was raised to 2.2 percent for 2017 and to 2 percent for 2018 in the light of these revisions. The said numbers were announced as 2 percent and 1.9 percent, respectively, in the update count made three months ago.

The IMF's growth expectation for the emerging economies remained at 4.6 percent this year, while the forecast for the next year was raised from 4.8 percent to 4.9 percent.

Within this group, growth expectations for Turkey, Russia, Brazil and China were revised up, while projections for India and South Africa were downgraded.

IMF economists revised up China's growth forecasts for 2017 and 2018 by 0.1 percentage points to 6.8 percent and 6.5 percent, respectively. In addition, Brazil's growth estimate was revised up to 0.7 percent from 0.3 percent this year and to 1.5 percent from 1.3 percent next year.