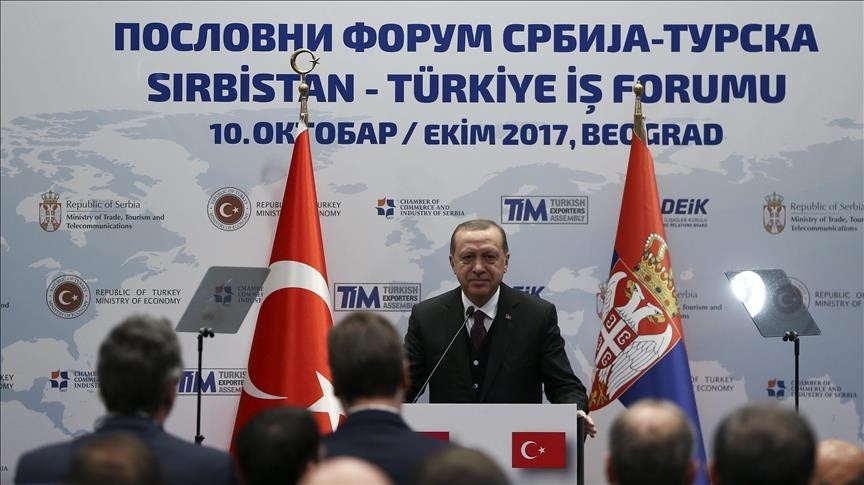 President Recep Tayyip Erdoğan said on Tuesday that a project to build a highway between the capitals of Bosnia and Serbia should be realized as soon as possible. The Turkish leader, currently on a two-day visit to Serbia, said there are people who "will not appreciate the rapprochement of Turkey and Serbia," but cooperation, such as building a modern road between Belgrade and Sarajevo, would be an example of problem solving in the Balkans. Erdoğan also expressed confidence that trade between Turkey and Serbia would reach $1 billion by the end of the year.

Twelve other agreements were also signed in the presence of Erdoğan and Serbian President Aleksandar Vucic. A joint political declaration on the establishment of the High Council for Cooperation between Serbia and Turkey was also signed by the two presidents.

Speaking about the future cooperation, Erdoğan said Turkish businesspeople would play an important role in Serbia's future. "We have completed our bilateral and inter-delegation meetings very efficiently. Later on, we will meet with businesspeople and we will be able to address them together," he said at a joint news conference in Belgrade.