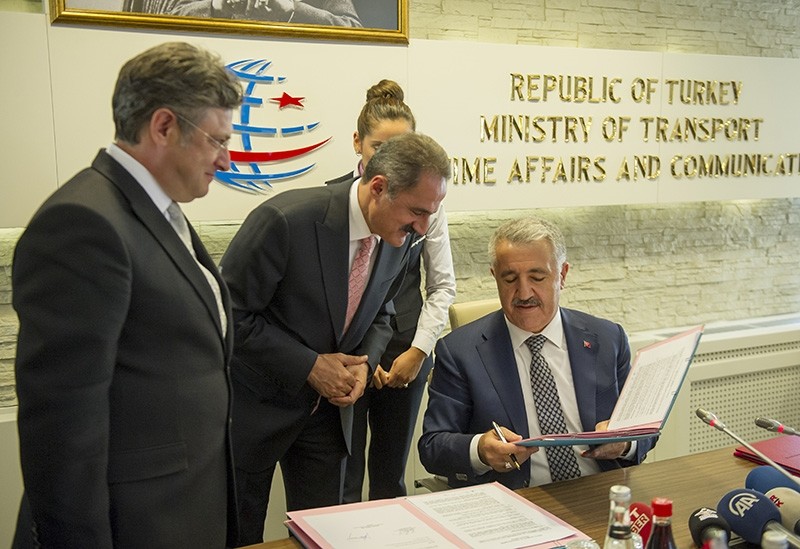 The BTK Railway project, completes the crucial railway link between Turkey and Azerbaijan, severed due to poor relations with Armenia over Nagorno-Karabakh row, by connecting the eastern Turkish province of Kars with the Azeri capital Baku on the Caspian Sea through the Georgian capital Tbilisi.

The railway will boost the freight transport between Turkey and landlocked Central Asian countries, while serving as an alternative trade route for the recently developing rail transport between Asia and Europe in general.

OMSAN will initially rent 15 electric locomotives and 350 ore wagons to transport iron ore from mines in central Turkey's Sivas province to the İsdemir Iron and Steel Plant in southern Turkey's port city of İskenderun, which are all group companies of Oyak Holding, one of Turkey's largest industrial conglomerates.

Emphasizing their efforts for a railway market with fair competition and healthy structure, Arslan called on to the private sector to shoulder its responsibility and take part in the growing railway freight transport sector.