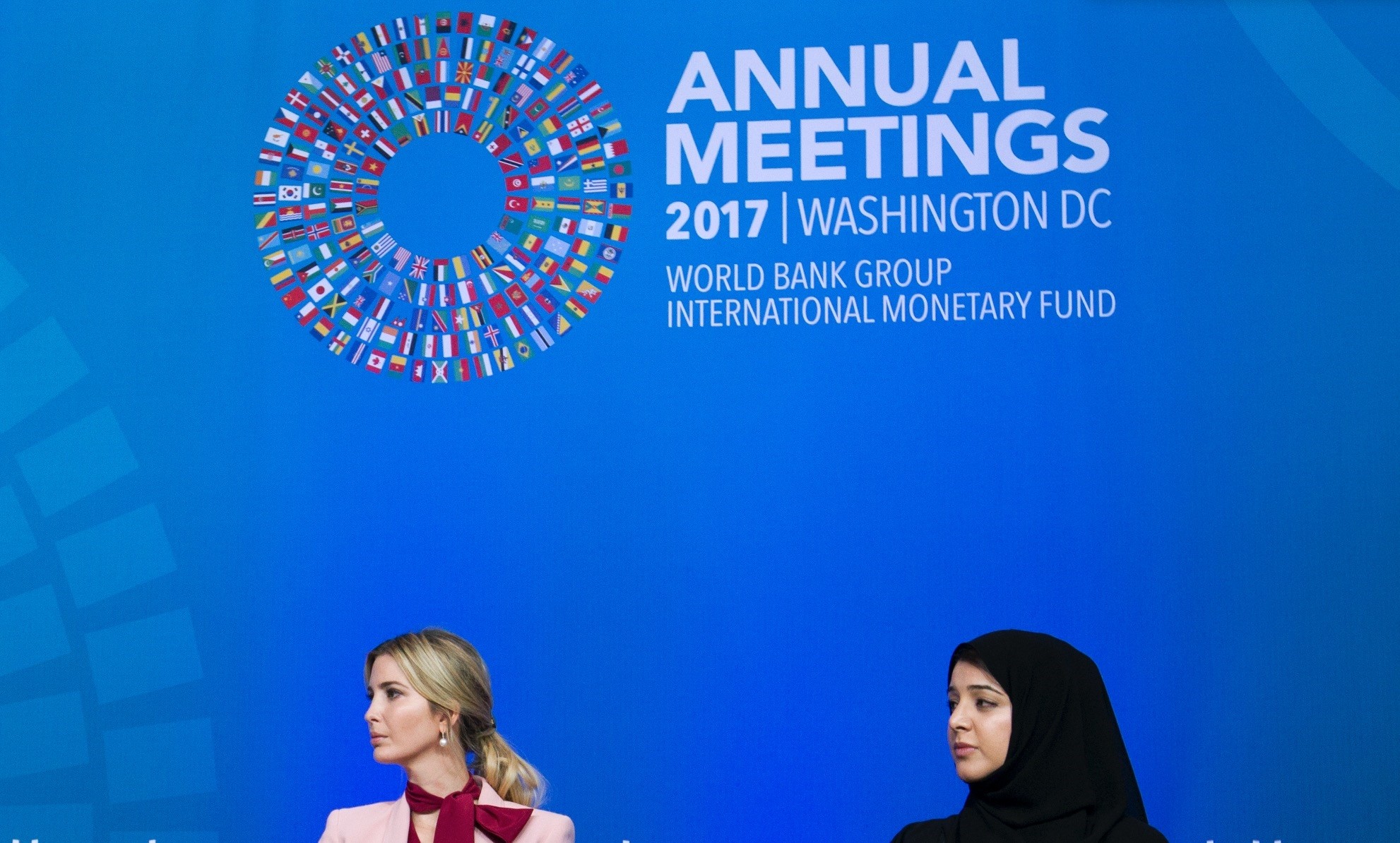 The world economy is the healthiest it's been in years but could still use a little help from low-interest rates and higher government spending from countries that can afford it, the International Monetary Fund says

The 189-member IMF and its sister agency, the World Bank, wrapped up three days of meetings Saturday. "There was a strong consensus that the global outlook is strengthening," said Agustin Carstens, governor of the Bank of Mexico and outgoing chair of the IMF's policy committee. "This does not mean we are declaring victory just yet."

The IMF expects the global economy to grow 3.6 percent this year, up from 3.2 percent in 2016. And three-quarters of the global economy is growing, making this the broadest recovery in a decade. But IMF and World Bank officials pointed to risks that could derail global growth. Geopolitical risks are rising, including a confrontation between the United States and North Korea over Pyongyang's nuclear weapons program. The income gap between rich and poor is growing, fueling political discontent with the free trade and global cooperation that the IMF and World Bank promote.

So in a communique Saturday, the IMF's policy committee called on world central banks to protect the fragile global recovery by keeping interest rates down in countries where inflation is too low and economies are performing below potential. IMF officials have also urged some countries with healthy finances -such as Germany and South Korea -to make investments that will spur growth. IMF Managing Director Christine Lagarde appealed to countries to enact reforms that will make their economies more efficient and spread prosperity to those who have been left behind. Specifically, Lagarde argued that countries could improve their economies and reduce inequality by putting more women to work, improving their access to credit and narrowing their pay gap with men.

On Saturday, Ivanka Trump, the president's daughter and a White House adviser, appeared with World Bank President Jim Yong Kim to launch a World Bank initiative to support women entrepreneurs. The World Bank fund has raised $350 million which is designed to allow the World Bank to deploy at least $1 billion in capital to finance women-owned businesses. Ivanka Trump told the audience that she wanted to "spend a lot of time offering any value that I can as a mentor."

The World Bank and IMF delegates are still adjusting to the Trump administration, which is skeptical of international organizations and contemptuous of free trade agreements. This week, the United States pulled out of UNESCO, the United Nations' cultural agency. It has balked at providing additional capital to the World Bank unless the anti-poverty agency rethinks the way it distributes loans. It has scrapped an Asia-Pacific trade deal and is threatening to pull out of the North American Free Trade Agreement with Canada and Mexico.

Treasury Secretary Steven Mnuchin said he carried in his pocket a list of all the G-20 nations and the size of the trade balances the United States has with each of those nations. With most of the G-20 countries, the United States is running a trade deficit.

In a speech Saturday to the IMF policy group, Mnuchin said he wanted to see the IMF be a more "forceful advocate" for strong global growth by taking a harder look at countries that abuse world trade rules.