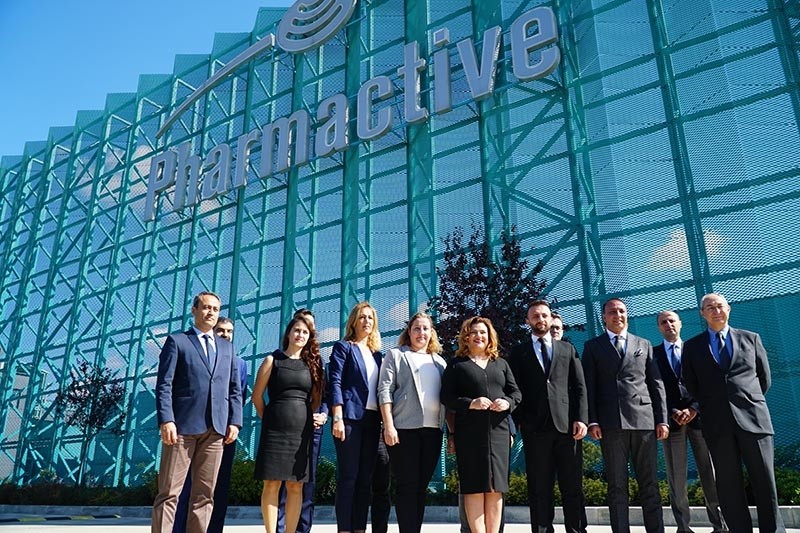 Pharmactive, which has been operating for two years and has developed and produced its own research and development (R&D), has sold medicines to Austria, Germany, Spain, Italy, the Netherlands, Malta, Portugal, the U.K., France and Hungary. The company has exported 1 million boxes of medicine to these countries in the first delivery.

Pharmactive entered the European market with an exclusively developed medicine to be used in the treatment of cardiovascular diseases. The medicine was developed as a result of a two-year study in Pharmactive's research and development center.

Pharmactive celebrated the first shipment of its products with a ceremony attended by all company employees. After the expiration of a patent in November, products will be delivered to the market, as the first equivalent, via their distributors in these countries.

Speaking at the ceremony for the initial export of products, Pharmactive board member Levent Selamoğlu said that the company aims to be the leading exporter among 100 percent of all domestic companies in Turkey, adding: "We are already exporting to countries in our surrounding region, the Middle East and the Balkans. We are targeting the European market in the medium term and the U.S. market in the long term."

Selamoğlu said that they aim to provide at least 25 percent of the total turnover from exports in 2022 and to reach an export figure of approximately $60 million by then.

Indicating that the company is one of the top 10 producers of domestically produced generic drugs in Turkey's market, Selamoğlu said that they aim to become one of the five largest domestic producers of generics in 2022.

He added: "We are sure that we will be moving with much wider possibilities in 2022. We have been developing generics products with added value based on technology."

Underlining that the most important feature of Pharmactive is that it is the developer of all of the products it has offered to the market so far, Selamoğlu noted: "Our long-term goal is to become a world player. We are proceeding with sure steps toward it."

Emphasizing that Pharmactive attaches great importance to R&D, Selamoğlu announced that in line with the company's growth targets in terms of export markets, more than 100 products that are being developed and produced in Pharmactive's R&D units will have been offered to patients by the end of 2017.

Pharmactive Overseas Markets and Strategic Planning General Manager İnci Ayyıldız said that they plan to launch 350 license applications in 28 countries and sell Pharmactive products in 50 countries in Europe, the Middle East, Africa, Russia and the Commonwealth of Independent States by the end of 2019, in line with short- and medium-term export targets.

"Our biggest goal is to contribute to the development of Turkey by increasing the export of medicine," Ayyıldız said.

Ayyıldız stated that Turkey imports medicine mostly from abroad and stated that the country is now in a position to sell medicine abroad.

She also added that the company has a certificate of approval in 10 European countries, including Austria, Germany, Great Britain and France.

Ayyıldız also noted that they aim to include the U.S. and Far Eastern countries in their export markets.