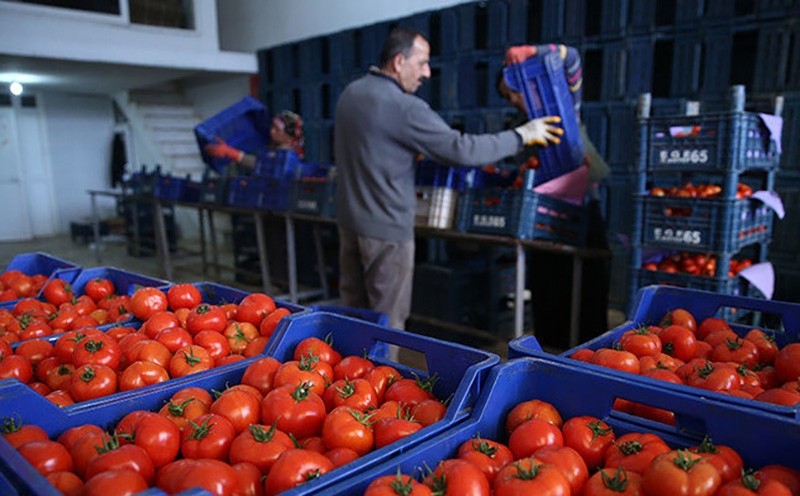 Russian Deputy Prime Minister Arkady Dvorkovich said Tuesday that up to 50 tons of tomatoes could be imported from four Turkish companies on an annual basis, adding that Russia was expecting constructive measures to be taken in return.

Speaking to state-television Rossiya 24, Dvorkovich underlined that Russia wished to find a reasonable solution to the ongoing embargo.

Customs and Trade Minister Bülent Tüfenlçi previously announced that the ministry would not seek approval from a consulate or commercial attaché for some agricultural products imported from Russia as of October 9. The requirement in question included wheat, crude sunflower seed oil, corn, dried peas, rice plants, sunflower meal and durum wheat.

Turkey, which produces 70 percent of tomato exports to Russia, faced a Russian embargo as of Jan. 1, 2016. The country imposed import sanctions on many Turkish products such as tomatoes, oranges, apples, apricots, broccoli, mandarins, pears, chickens and turkeys, however the ban was later lifted after normalization talks began, except for tomatoes.

During the period of January-July, Turkey's tomato exports to Russia reached $198.3 million from last year's $159 million. Moreover, last year, the amount of "the symbol vegetable" exports were recorded at 322,000 tons while it reached to 353,000 tons this year during the first seven months.