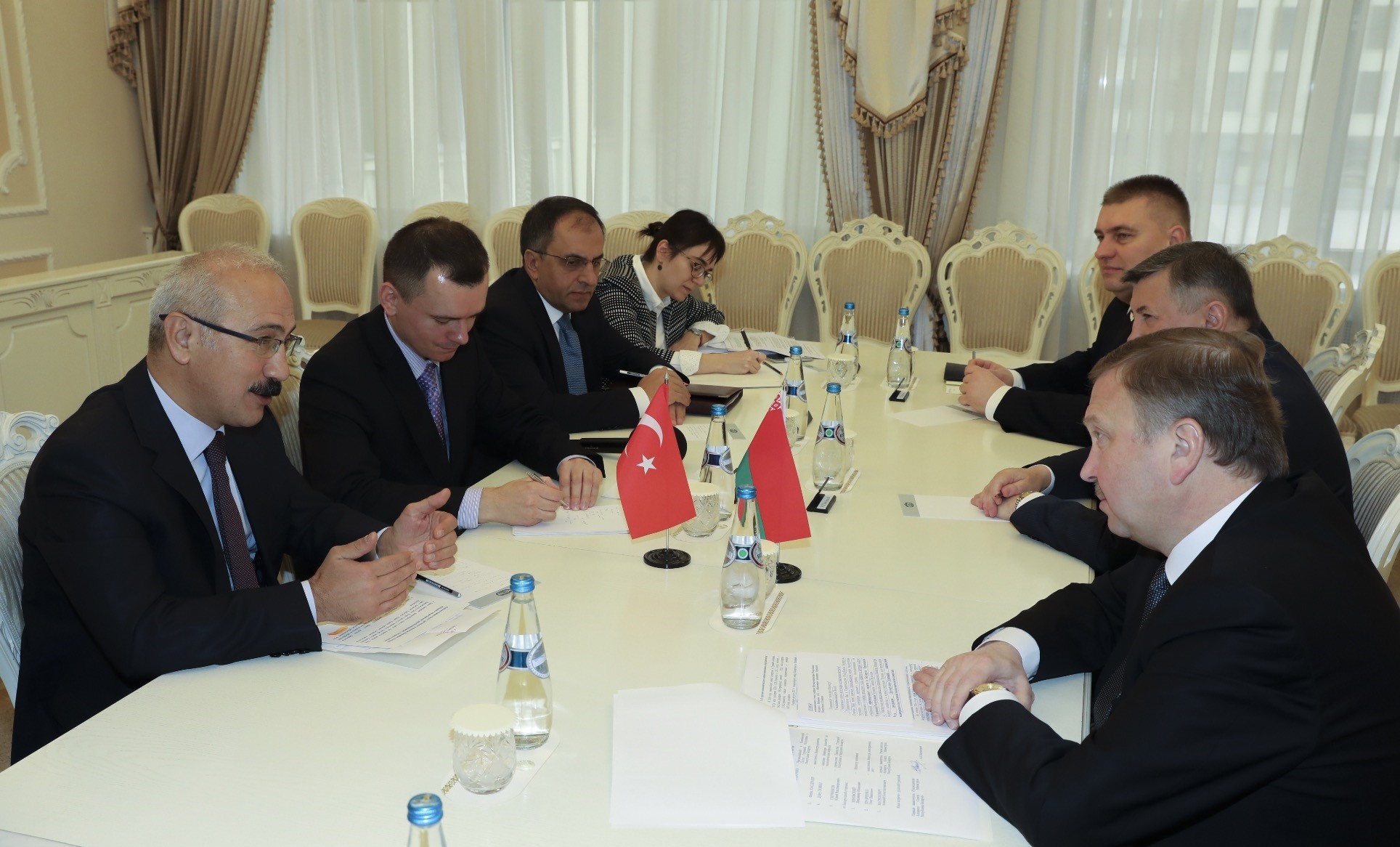 Expanding its economic and political ties with countries in the region, Turkey is now preparing to set up a working group with Belarus to boost mutual investments and bilateral trade as the country offers a great gateway to the Eurasian Economic Union

Belarus is willing to strengthen its economic ties with Turkey, Development Minister Lütfi Elvan said, adding that efforts will be made to remove the obstacles in front of the two countries' firms by setting up a working group next week.

Elvan told Anadolu Agency (AA) that the importance of Belarus has increased rapidly in recent years and that it has awakened many countries' interest in terms of investment and trade because of the fact that the country is a member of the Eurasian Economic Union and one of the important gates to Europe.

Pointing out that a new era has started in the relations between the two countries following the visit of the President Recep Tayyip Erdoğan in November 2016, Elvan said many companies have carried out investments in the country.

Elvan also recalled that the Turkish contractors were engaged in construction activities in Belarus, stating that a total investment of $2.3 billion was made in the country.

Belarus has achieved a very significant development in the field of information and communication in recent years, Elvan said, drawing attention to the development in the production of heavy equipment and agricultural instruments.

"The Belarusian government wants to strengthen relations with Turkey and wants more investments to be carried out in Turkey as well as in Belarus. We have specified a roadmap for the necessary works. An effort will be made to remove obstacles in front of our firms by forming a working group next week."

Elvan said an increase in the number of Turkish Airlines (THY) flights was also a matter of discussion: "The number of flights will be increased from four to five. They gave a promise they could increase the frequency to seven during the summer months. This is quite gratifying. We also brought the issue of THY's Antalya-Minsk flight to the agenda. They said they will work on this issue. Turkcell has an investment of around $900 million here. The company is eager to grow even more in the country." Elvan also noted that Prime Minister Binali Yıldırım is expected to pay an official visit to Belarus in February and that an agreement had been reached to solve all of the current problems ahead of the visit.

Relevant ministries from Belarus have invited Turkish companies to the country since they will have the opportunity to enter Russian and Kazakh markets via Belarus by benefiting from the customs exemption as they are members of the Eurasian Economic Union, Minister Elvan noted.

"Therefore, our investors do surely want to invest in Belarus, however, some obstacles must be removed and clarified. Moreover, two companies operating in heavy equipment and agricultural implements have expressed their appetite for investing in Turkey," Elvan said.

The economy in Belarus contracted by 2.6 percent last year and the country's gross domestic product was recorded at $47 billion. The income per capita is around $5,121 and the inflation hovers around 11.9 percent while unemployment is around 1 percent.

The total value of Belarus exports is $22.9 billion while the imports stood at $25.2 billion.

The foreign direct investment (FDI) that flows into Belarus is $18 billion while the value of overseas investment is reported at $687 million.

Belarus allows founding companies with 100 percent foreign capital and the procedures to establish a company takes one or two weeks.

Relatively inexpensive labor force and tax incentives, as well as the market opportunities of the Eurasian Economic Union, make Belarus a logistics hub. The country's transportation infrastructure largely consist of road and railways.

Bilateral trade between Turkey and Belarus

Turkey and Belarus signed an agreement on the Mutual Encouragement and Protection of Investments in 1977.

Turkish exports to Belarus were recorded at $203 million in the first eight months of last year. The exports saw a 29.2 percent increase during the same period of this year and increased to $263 million. Turkey's imports from the country also recorded a 76.8 percent increase, reaching $119 million during the said period. Turkey largely exports vegetables, fruits, textile products to Belarus while it imports manure, steel, and iron.