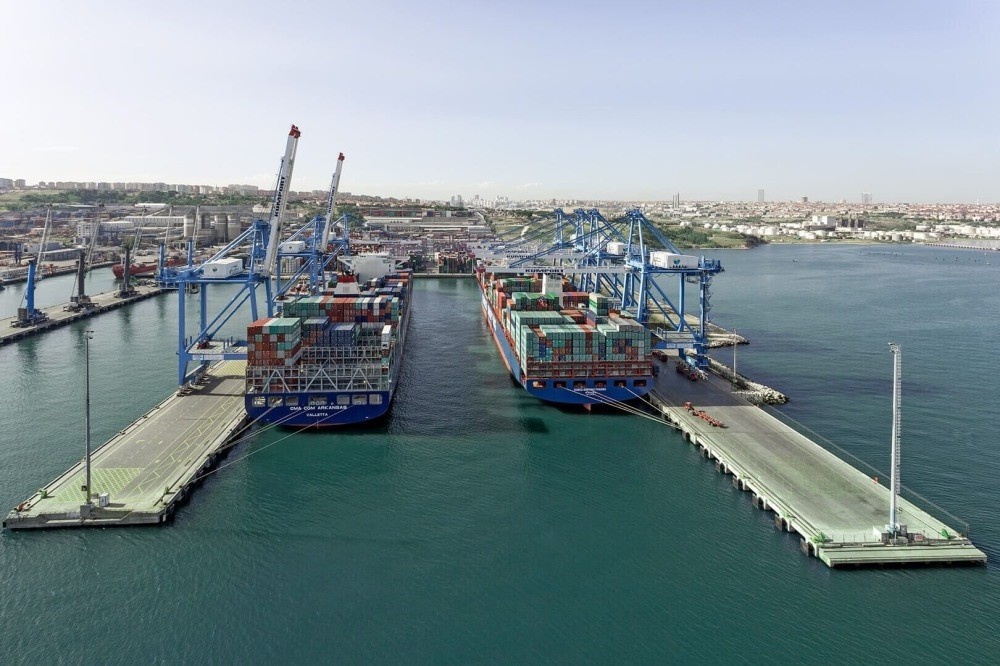 Having gained momentum in the last decade, Turkish-Chinese cooperation is set to capitalize on further cooperation with additional joint investment projects to unlock the potential offered by the Belt and Road project

Energy, transportation, manufacturing, automobile, technology and telecommunications have been the prominent sectors that shaped the ever-increasing Turkish-Chinese economic partnership.

Since establishing diplomatic relations in 1971, the two countries have accelerated bilateral trade and economic cooperation in recent years, resulting in a $27-billion bilateral trade volume and more than $2 billion in Chinese investments in Turkey. The commitment of both countries to the Belt and Road initiative, designed by Chinese President Xi Jinping, is considered promising for unleashing important business opportunities for both countries, as well as others located on the Silk Road.

Millennia-long ties between the Turks and the nation of dragons, China, have not always been marked with lucrative cooperation, having faced challenges from wars that led China to build the Great Wall of China, which can allegedly be seen from the moon. Despite historic wars, history tells us that the two nations have enjoyed the benefits of trading on the ancient Silk Road. The Middle Kingdom, the literal and etymological meaning of the Chinese word for China (Zhongguo) and the Turks, who have not remained, found their way to Asia Minor and founded great empires over centuries in these lands, have since strengthened their ties, both politically and economically.

The two nations that once benefited from trade on the Silk Road are now indulging in a multinational initiative known as the Belt and Road project, led by Chinese President Xi Jinping to revive and boost commercial operations along the Silk Road. President Recep Tayyip Erdoğan, who visited the country in mid-May to attend the Belt and Road Forum for International Cooperation, has repeatedly stressed the vast business and partnership opportunities that China has to offer, vouching for the Belt and Road initiative and placing particular emphasis on the win-win principle that includes the multipartite share of benefits. Currently hovering around $2 billion, Chinese foreign direct investment (FDI) flow into Turkey is forecast to rise as ties are strengthened within the framework of the initiative. 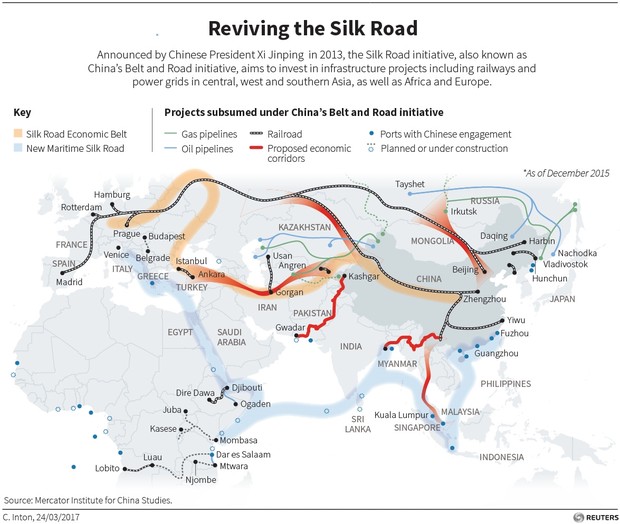 The determination of both sides to capitalize on the existing and the potential cooperation have not remained as verbal commitments because they believe that actions speak louder than words. During President Erdoğan's visit, the two governments signed a series of agreements and began negotiations for the construction of the third nuclear power plant in Turkey, with the signing of an agreement of exclusivity between the Chinese State Nuclear Power Technology Corporation (SNPTC) and Turkey for the construction of Turkey's third nuclear plant with an installed capacity of 5 gigawatts.

Both the Turkish and Chinese transportation, maritime and communications ministries also signed an agreement on the international passenger and cargo transport company which stipulates that transport vehicles in China and Turkey can have access to and transit within one another's territory. This agreement is expected to unlock international road transport channels between China and Europe, with Turkey constituting the middle corridor of the route. The agreement, which signifies China's willingness to render the Belt and Road initiative as integrated into Turkey's development strategy, will also help strengthen the exchange between China and Turkey, promoting the facilitation of international transportation among the countries located on the Silk Road.

The transportation partnership between Turkey and China is not limited to the recent agreement explained above. The Istanbul-Ankara high speed train, which has been operating since July 2014, was also constructed within the scope of the Turkish-Chinese partnership. For the construction of the Edirne-Kars high speed railway route, the Turkish government also continues to negotiate with the Chinese government.

On a different note, energy is one of the most highlighted sectors for boosting bilateral economic partnerships between Turkey and China, in addition to transportation. Since foreign direct investment to the Turkish energy sector has been on the rise for more than a decade, totaling $15 billion in the 2002-2017 period, because of the favorable investment climate and political support, Chinese energy companies have also increased their presence in the country's energy industry.

The largest FDI from China was the acquisition of Turkey's third largest port, Kumport, in Istanbul by the Chinese giant container terminal operator Cosco Pacific for $940 million in September 2015. The company holds a 65 percent stake in the port.

In addition to increasing Chinese transportation and energy operations in Turkey, one good example of confidence in the Turkish economy is crystallized in the financial partnership. In a bid to encourage the use of national currencies in bilateral trade as a medium of exchange, the central banks of Turkey and China signed a swap agreement first in 2012 and later renewed in 2015, for three years. The first withdrawal and use of cash in the provisions of the swap agreement took place in 2016. Financial cooperation extends to the operations of Chinese banks in Turkey, as the Industrial and Commercial Bank of China (ICBC) formally began operating in the country in May 2015. ICBC Turkey was the first bank to use a TL 450-million fund created by the Central Bank of the Republic of Turkey (CBRT) within the framework of the swap agreement, ICBC Turkey's Chairman Xu Keen noted while speaking to Daily Sabah, emphasizing that "The bank continues to act as an intermediary for the development of commercial relations between the two countries in the coming periods."

Xu said ICBC Turkey aspires to help create a collaborative environment operating on a win-win principle that is full of opportunities for both Turkey and China. "We have no doubt that we will witness many success stories built by Turkish and Chinese companies in the short and long term. We also knew that developments in investment and trade policies and the use of the Chinese renminbi (RMB) would provide more profitable investments, especially between China and Turkey," Xu highlighted, expressing ICBC Turkey's firm belief that direct transactions in Turkish lira and RMB will expand bilateral trade and investments. Referring to President Xi's initiative in which Turkey is the important bulk of the Middle Corridor as it expands into Europe, the ICBC Turkey chairman pointed out that the modern energy industry will grow, and extensive implementation of the transportation system will accelerate. Within that framework, Xu stated, ICBC Turkey will focus on local customers and mega projects in Turkey and the close environment, while improving commerce and investments of Turkish and Chinese large-scale enterprises.

"We will strengthen the market surveys in Eastern Europe and the Black Sea region, while acting as the major partner to infrastructure projects including energy power plants, railroads, highways and others, in addition to other projects in Turkey and surrounding regions," Xu said, emphasizing that closer cooperation between Turkish and Chinese corporations to unlock the vast potential of the Belt and Road project will ramp up the number and volume of joint projects in the highlighted sectors.

So far, ICBC Turkey has participated in several public-private partnership (PPP) projects in the country. The bank provided 769 million euros in a loan for the İzmir Bayraklı and Kocaeli City Hospitals and 2.8-million-euro financing for the Elazığ City Hospital, Xu informed.

The bank was also one of the financing partners alongside the IFC and the EBRD that provided collateralized loans amounting to $44 million for the acquisition of Karacaören-1 and Karacaören-2 hydroelectric power stations located in Turkey's Burdur province. The bank has also provided long-term loans to leading banks in Turkey to support Turkish economy indirectly. Furthermore, Bank of China has already received the initial permit to apply for operational license from Turkey's banking watchdog Banking Regulation and Supervision Agency (BDDK) last year and made an investment of $300 million in Turkey, necessary to start operations.

Telecommunication and technology has emerged as another sector that saw Turkish-Chinese cooperation. In early December 2016, Chinese telecom and mobile equipment group ZTE Corporation agreed to buy 48 percent of Turkish systems integration provider Netaş Telekomunikasyon A.Ş. for TL 358 million ($101.3 million) in order to expand in Turkey and the region. Moreover, Chinese smartphone manufacturer Huawei established a research and development (R&D) center in Turkey in 2009, and the company is working with Turkey's largest carrier Turkcell to develop 5G technology.

"President Xi highlighted that China's overseas investments will increase, as the country vowed to continue in globalization and encouraging investments. The country will pay particular attention to globalization as part of the Belt and Road initiative, of which Turkey is also a part," Ermut said, noting that the meetings reflected this political will. The ISPAT president emphatically pointed out that in the upcoming period, Turkey will see more investment flow from China.