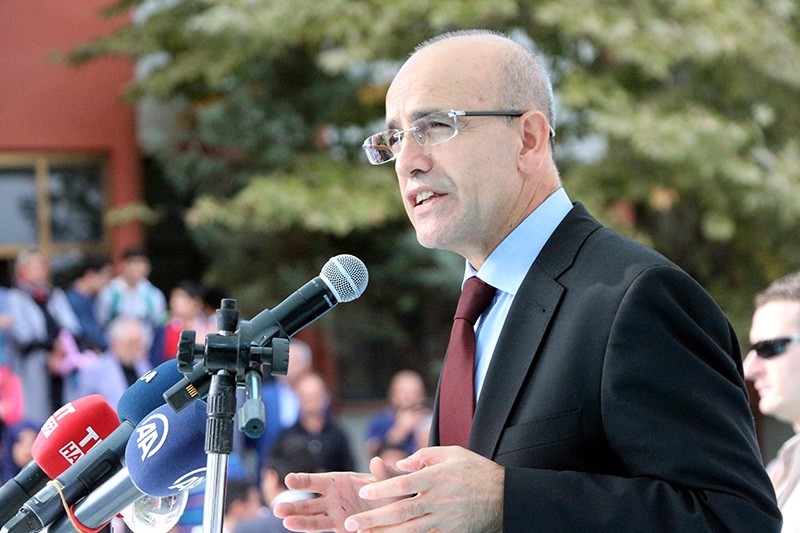 There is a negative wave throughout the globe that affects Turkey but investors continue to trust in the country's economy, Mehmet Şimşek, deputy prime minister in charge of economy, said Friday.

In a series of tweets, Şimşek, who arrived in London for a two-day trip involving meetings with investors and think-tanks, said the negative wave is triggered by U.S. budget approval process, rumors regarding the replacement of Federal Reserve Chair Janet Yellen and European Central Bank's decision to extend the bond buying program.

"We [Turkey] are affected by this negative wave just like everyone else. Investors I met in London continue to maintain trust," Şimşek said.

He added that only two investments that have recently been completed, namely the Port of Mersin and Simit Sarayı chain shops, will bring $1 billion of global capital into Turkey.

Şimşek's remarks came as Turkish lira fell to its weakest level since the end of January amid worries on deteriorating ties with the U.S. and Germany over political issues.