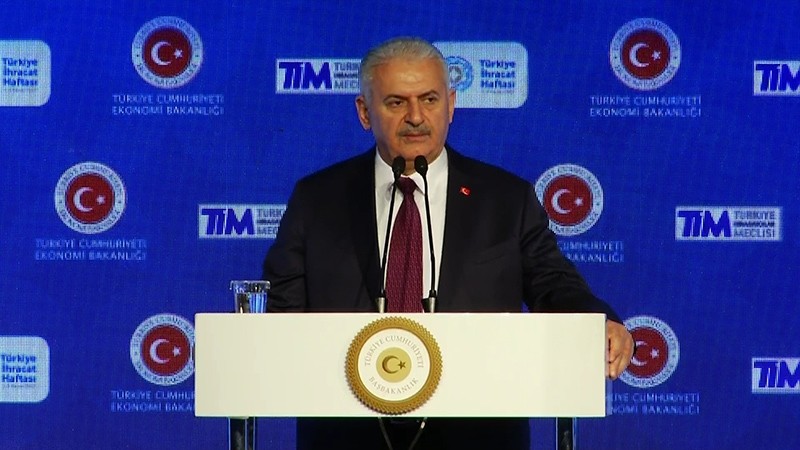 "This number is the highest figure ever for the month of October. The highest number in 10 years. When we look at the 10 months of 2017 the average monthly increase is 11 percent, and the figure is nearly $129 billion," Yıldırım said.

Exports in the first 10 months of this year reached $128.7 billion, 11 percent higher than it was during the same period last year. In addition, exports over the last 12 months also increased by 10.7 percent to hit $154.2 billion.

Germany again was the top destination for Turkish exports in October, with $1.4 billion, followed by the U.K., U.S., Italy and Iraq.

Exports to Russia increased by 54 percent from January to October, reaching $724 million.

Yıldırım said exports have doubled in the last 15 years and highlighted that all regions in Turkey now contribute to the country's exports. Economy Minister Nihat Zeybekci said that Turkey reached its $153.3-billion 2017 exports target in only 10 months.

He further said that the share of exports in Turkey's gross domestic product (GDP) must increase in order to maintain a balance with the increases in imports.

Recalling that the government recently initiated an incentive system to ensure technological transformation, Yıldırım also said that another new incentive system is being prepared for exporters.

"Under the new incentive system, we are launching a domestication process to start producing some the imported goods locally because 70 percent of our imported goods are intermediary goods. By doing so we will cut down on the trade deficit," he said.

"There are positive developments in the global economy, but Turkey's development is even faster. This is an important point. Let's say global growth is 3.6 [percent], we estimate that ours will be at least twice as much. Don't be surprised if we end the year with [economic] growth close to 7 [percent]," prime minister said.

He communicated Turkish exporters' demand for a resolution to the problems related to the value-added tax (VAT), additional fees for customs procedures outside shift hours, and requested more support for the private sector in research and development (R&D).

Büyükekşi also urged for quicker decisions to modernize the customs union agreement with the EU, redesigning the growth model based on innovation, strengthen bilateral ties with the EU and open new EU accession chapters, accelerating exporters' work on mitigating currency risk, applying flexible working hours and severance pay, and making amendments in education system to emphasize the importance of production.