Turkey's inflation up 2.08 pct in October as annual inflation spikes to 9-year high 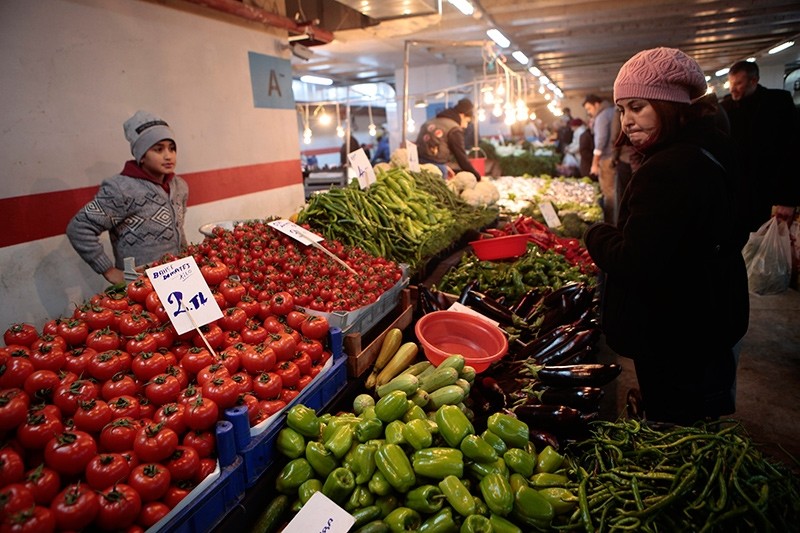 Since the beginning of this year, the annual inflation saw the lowest level in January -- 9.22 percent -- and hit the highest level at 11.87 in April.

However, the newest figures shattered the old record, bringing the inflation rate to the highest annual level in 9 years.

"In October, the highest monthly increase was 11.51 percent in clothing and footwear," TurkStat said.

The monthly rate of change in consumer prices for furnishing and household equipment was 2.96 percent while it was 2.61 percent for transportation, the institute noted.

Among the main expenditure groups, the highest monthly decrease was in recreation and culture with a 1.75 percent decline, TurkStat said.

On a yearly basis, the highest inflation was seen in transportation prices -- up 16.79 percent -- and food and non-alcoholic beverages which went up 12.74 percent.

"Miscellaneous goods and services with 12.63 percent, health with 12.21 percent and furnishing and household equipment with 11.65 percent were the other main groups where high annual increases [were] realized," TurkStat said.

The rise, driven by a sharp increase in transportation and food prices, could potentially put more pressure on the central bank to tighten policy.

On Wednesday, Turkey's Central Bank revised up its end-year inflation forecast from 8.7 percent to 9.8 percent amid increasing oil prices and depreciation in the Turkish lira.

According to the bank, the inflation rate will fluctuate between 9.3 percent and 10.3 percent through the end of 2017.

Inflation remains one of the most pressing problems for Turkey's economy, which has recovered from the downturn that followed last year's failed coup. Weakness in the lira has helped stoke price increases in everything from food to fuel.

The country's medium-term program, which was announced on Sept. 27, set an annual inflation target of five percent in 2020, down from 8.5 percent in 2016.