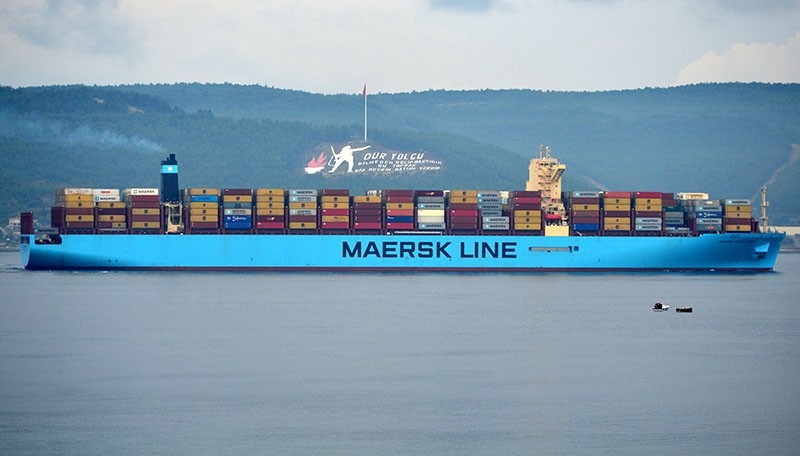 Danish shipping and oil group A.P. Moller-Maersk reported a third-quarter net loss of 1.5 billion dollars, the firm said on Tuesday, citing write-downs in its drilling division and costs from a cyberattack.

The loss compared to a net profit of 438 million dollars in the same period in 2016.

Turnover in the quarter rose 14 percent year-on-year to 8 billion dollars, the conglomerate said.

Maersk Line's container fleet numbered 668 vessels at the end of September, of which 383 were chartered.

The conglomerate expected to sell its drilling division in the coming 12-month period. The unit was therefore designated as discontinued, with a 1.75-billion-dollar write-down.

A write-down of 347 million dollars was also booked for port operator Maersk Terminals over challenging conditions in some markets.

Chief executive Soren Skou said that Maersk was on track with its strategy unveiled last year to focus on transport and logistics.

Moller-Maersk was among a number of companies in Europe and the United States affected by a ransomware virus attack at the end of June.

The firm estimated the cyberattack's costs, which mainly affected Maersk Line, at 250 million-300 million dollars in lost business during the third quarter.

The acquisition of German rival Hamburg Sud, the world's seventh-largest container shipper, was expected to be completed by the end of the year, the firm said.

The group expects "a positive underlying profit" for the full year, up from a loss of $546 million in 2016.

Shares in the company dropped 5 percent trading to 11,440 kroner.