Storm in a tea cup: Catalonia is no repeat of euro crisis 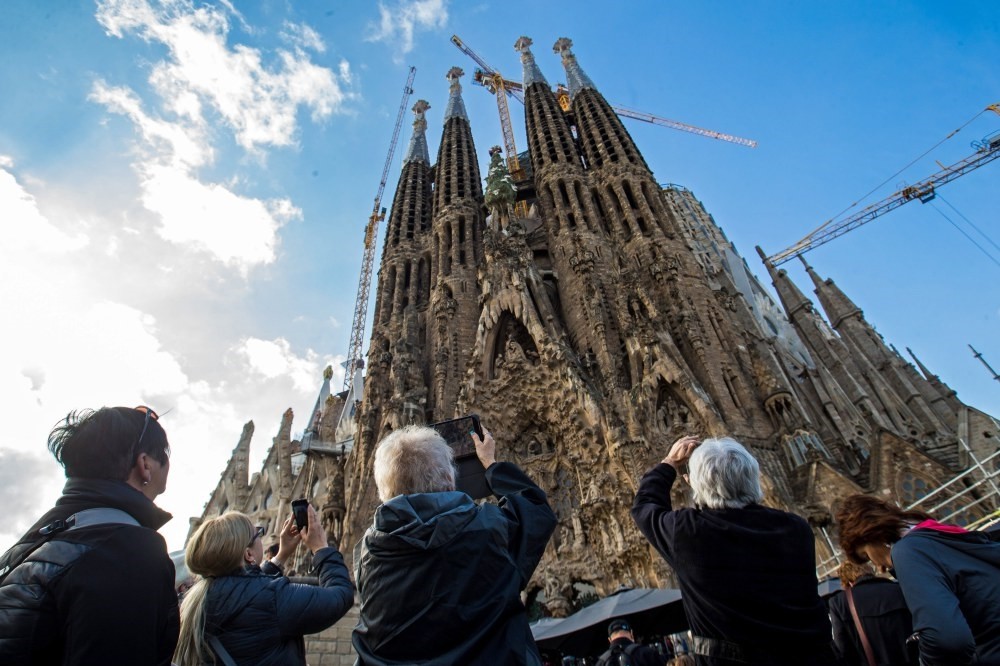 Slim chances of the independence have created no major impact on financial markets, which described the recent turmoil as a tempest in a teapot and as a matter of domestic issues with no sway looming over the eurozone

Even though Catalonia's bid for independence may be Spain's worst political crisis in decades, it has been no Grexit, Brexit or even Frexit for foreign investors.

Overseas holders of Spanish stocks and bonds -- and indeed owners of eurozone assets in general -- have been quick to dismiss comparisons with a succession of rolling sovereign debt crises that hit the eurozone between 2010 and 2012.

Even though Spain's wealthiest region has a bigger economy than Greece, Portugal and Finland, relatively unfazed Spanish and Catalonian assets to date shows markets are treating the crisis over Catalonia as a largely domestic issue with few if any systemic sovereign, banking or euro wide threats.

While Spain's blue-chip IBEX equity index is about 7 percent off the year's highs, it is still up more than 10 percent for 2017 as a whole. The Spanish government's 10-year borrowing costs as well as their risk premium over German equivalents are lower than where they started the year. The euro exchange rate has barely budged.

On one level the scale of financial risk more than gross domestic output of the area is of a different order.

Catalonia's debt level -- at around 77 billion euros -- is around quarter that of Greece.

The international exposure is too small to create ripples across the eurozone even in the event of a Catalonian default, and the effect on Spain would also be limited. Catalonia's total debt to the center represents just 4.75 percent of the Spain's total debt as of the end of 2016.

Independence on its own would neither lead to a sovereign default nor to an exit of an existing eurozone member, which caused consternation earlier in the decade given fears of sovereign redenomination risk, related banking stress and legal precedents that seeped across the bloc.

Economic confidence and business risk for Spanish firms and households may be an issue at the margins for equity investors, but this is largely cushioned at the moment by a booming world economy and the fastest economic expansion in the eurozone in more than six years.

The chances of secession itself were always slim. One of the leading investors in Catalonian bonds believes the region's bid for independence was always legally doubtful.

"Greece was a very different story -- the very existence of Greece as part of the monetary union was called into question. In Catalonia, independence was never constitutional, there was no legal basis," said Mark Dowding, senior portfolio manager at BlueBay Asset Management, which has been a long term investor in Catalonian debt.

If ultimately Catalonia's independence was always unlikely, the rest was just a "storm in a teacup" for financial markets, Dowding said. Markets did attempt to re-price different elements of the Spanish financial world -- but few of these moves were durable.

The gap between Catalonian and Spanish bonds widened rapidly to its highest level in over a year after the banned Oct. 1 independence referendum, as investors fled from the troubled region's debt.

But now it has not only erased those losses but shrunk to its smallest since mid-July, at 250 basis points.

Spanish banks that had been based in Catalonia, Banco de Sabadell and Caixa Bank, took outsize hits during the worst of the crisis but both since moved their headquarters out of the region and their stock prices are still up more than 20 percent year-to-date.

"This is very different from other crises the eurozone has faced recently," said Nadia Gharbi, an economist at Pictet Wealth Management. "This is very much an internal issue and a national question for Spain. We don't think that, as things stand, it will lead to a systemic crisis."

"Spanish equities have been the category that is most affected; Spanish bonds have seen a relatively modest impact and the euro has been mostly affected by the ECB," said Nicola Mai, an analyst and portfolio manager at Pimco, the world's largest bond investor and an owner of Catalonian debt.

All South European government debt -- seen as major beneficiaries of the ECB largesse -- have been in demand since and Spain's 10-year borrowing costs are a good 13 basis points below the level before the Oct. 1. referendum.

"As investors you're in an environment which frankly looks pretty benign from a volatility perspective," said Andrew Mulliner, portfolio manager at asset manager Henderson.

The main European volatility index is close to its lowest since well before the 2008 financial crisis.

Spain was one of the countries that suffered during the eurozone debt crisis of 2010-2012, seeing its debt level jump from 29 percent of GDP to 99 percent currently after having to accept a bailout from the European Union to rescue its banks.

It went through years of recession to come out the other end as one of the bloc's fastest growing countries currently.

It is expected to grow at 2.4 percent for 2018, according to the European Commission, well above the eurozone average of 1.8 percent.