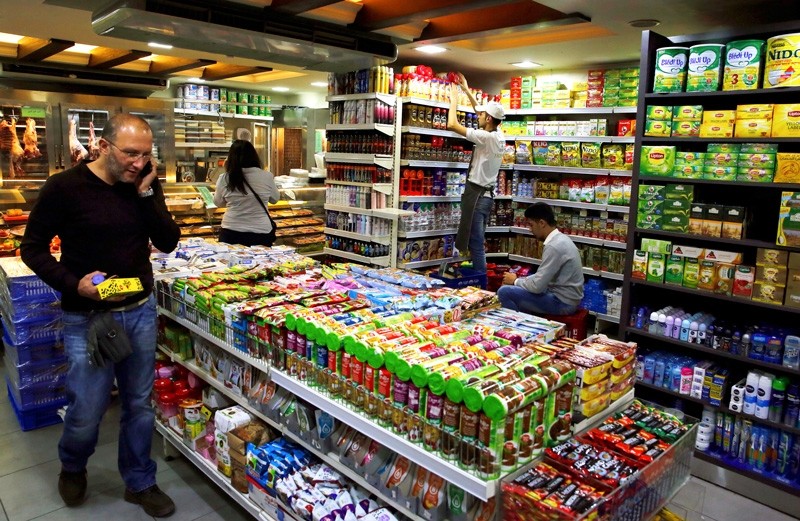 Just when things were starting to look up for Lebanon's economy, a new political crisis threatens to send it crashing down again.

Prime Minister Saad Hariri's shock resignation could unravel the first steps in years toward injecting some cash and confidence in Lebanon's anemic economy. Already, the crisis is putting at risk multi-billion-dollar plans to rebuild decaying road and electrical and communication networks and get the oil and gas sector moving.

Lebanon has long been buffeted by blows from the great-powers rivalry between Saudi Arabia and Iran. But its economy sputtered on under a tacit understanding among the regional heavyweights and their local proxies that left Lebanon on the sidelines of that contest.

That may have changed Saturday when the Saudi-aligned Hariri announced his resignation in a televised statement from the kingdom's capital, Riyadh, saying Hezbollah, Iran's proxy in Lebanon, had taken the country hostage. It was an unexpected announcement from the premier, who formed a coalition government with the militant group less than a year ago.

Since then, the news has only gotten worse. Saudi Arabia, which feels it has been humiliated by Hezbollah's expanding influence in Syria and Iraq, says it will not accept the party as a participant in any government in Lebanon.

Saudi Arabia, Bahrain, Kuwait, and the United Arab Emirates all ordered their citizens out of Lebanon this week, and the Lebanese are wondering and worried about what's to come.

"We don't know how things will escalate," said Rida Shayto, an associate director at the pharmaceutical manufacturer Algorithm, which does half its sales to the Gulf.

The developments have stunned the Mediterranean country, which once looked to Saudi Arabia as a pillar to its own stability. The kingdom brokered the Taif agreement in 1989 that ushered in peace for Lebanon after 15 years of civil war. The kingdom has plowed decades of investment into Lebanon, opened markets to trade and allowed generations of talented and ambitious Lebanese to work in its oil-based economy.

The concern now is that the kingdom and other Gulf nations will throw out Lebanese workers, as they did with Qatar this summer in a rage over that country's perceived closeness to Iran.

Some 220,000 Lebanese work in Saudi Arabia and send back close to $2 billion in remittances each year, according to Mounir Rached, a senior economic adviser to the Finance Ministry.

Lebanese are hoping Saudi Arabia will be too wary of the negative impact on its own economy from such a mass expulsion. Many Lebanese hold managerial positions, including in the kingdom's all-important oil sector, and it would take time to refill the posts. An expulsion would also undermine decades of Saudi efforts to cultivate ties with Lebanese Sunnis.

"I think those who are invested in Lebanon are not going to come and destroy everything that they did in terms of relationships and associations and credibility," said Kamel Wazni, an economist and sometimes adviser to Hariri's government.

But the kingdom and its powerful Crown Prince Mohammad bin Salman, who has made his name by dramatic — or reckless, as his critics put it — moves, can't be seen as doing nothing, said Randa Slim, a Lebanese analyst at the Washington-based Middle East Institute.

"They have locked themselves into an escalatory path without giving themselves an exit," she said.

The kingdom could expel Lebanese Shiites and Christians, she said. Shiites are Hezbollah's constituency and some Christian parties have allied with it. They number 10,000 to 20,000 in Saudi Arabia, according to Rached, the Finance Ministry adviser.

As it is, the biggest threat now is a retreat to the political paralysis that has crimped growth since 2011.

Lebanon, once a beacon of free market growth and joie de vivre living, was paralyzed for years over how to respond to the catastrophic civil war consuming its neighbor and trade partner, Syria.

Hariri's Future Movement, the largest party in Parliament, wanted Lebanon out of Syrian affairs, while Hezbollah was sending its militias there to fight on behalf of Bashar Assad. The political log-jam resulted in Lebanon not having a president for more than two years and no economic vision to attract investment. Meanwhile, refugees poured into the country— more than one million of them, equivalent to a quarter of Lebanon's population — depressing wages in service and labor sectors.

Hariri became premier under a deal that broke the deadlock and allowed the election of a Hezbollah-friendly president. The political breakthrough also brought an end to the stagnation in economic policy. The country passed its first budget since 2005, raising taxes and public salaries and opening up two oil and gas blocks off its coastline for drilling in a bid to bring in some sorely-needed investment.

That project and a $21 billion investment plan to improve the country's woefully inadequate infrastructure are now on ice.

"The council of ministers will not be able to take a decision in the current conditions," said Nassib Ghobril, the chief economist at Lebanon's Byblos Bank, of the gas and oil bills.

The government also needs to find revenues to service a public debt that has reached more than $75 billion — 140 percent of the gross domestic product, a debt-to-GDP ratio that is among the highest in the world.

A key factor for stability has been the strength of its currency, the pound, pegged at 1,500 pounds to the dollar since the 1990s.

For now, at least, experts believe that seems safe. The Central Bank holds $43.5 billion in foreign currency reserves, enough to sustain the peg for one to two decades at the current pace of currency conversions.

There has been a flurry of transactions from pound to dollar among Lebanese accounts, bankers have told The Associated Press.

But as long as the dollars stay circulating in Lebanon's already largely dollarized economy, the peg will remain stable.

"I don't have any concern about the stability of the exchange rate," said Ghobril.