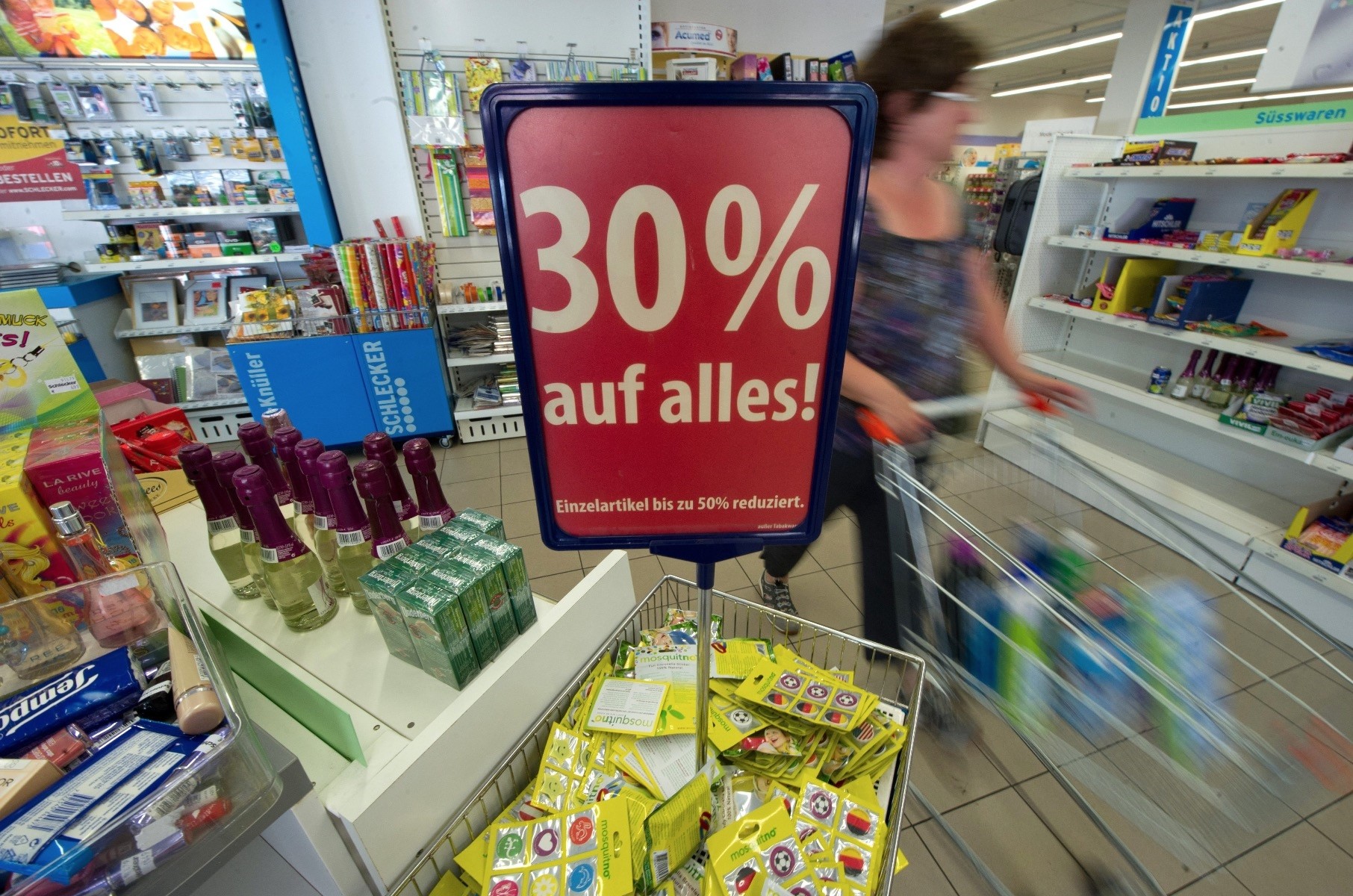 In the IMF's latest report, the Washington-based organization said Europe's recovery had inspired a brighter outlook for the global economy while the British economy stutters in the face of Brexit

Europe's economy is now hitting its stride, the International Monetary Fund said yesterday, but a disruptive Brexit could result in "appreciably" lower growth for both Britain and the euro zone. The IMF's latest Regional Economic Outlook, which looks at more than 40 countries from Germany and the U.K. to Turkey and Russia, said the current recovery looks increasingly assured.

It is partly driven by central bank stimulus and low interest rates, but also by improving fundamentals, as evidenced by a pick-up in investment across a broad range of economies.

"This recovery looks increasingly durable," the deputy director of the IMF's European Department, Joerg Decressin, told Reuters at a presentation of the report published yesterday.

"Growth in the euro area has been positive for 18 quarters, lately around 2.5 percent. Many countries in eastern Europe have seen growth around or above 3 percent for some time already. So this recovery has not only become broader but also stronger."

The IMF's World Economic Outlook, published at September meetings in Washington, forecasts region-wide growth of 2.4 percent this year and 2.1 percent next year, but much has shifted in the background since then.

Decressin said it supported the European Central Bank's careful approach to cutting its stimulus. He also said inflation justified the Bank of England's raising its interest rates for the first time since the financial crisis.

The main uncertainty on the horizon remains Brexit and what kind of trade relationship Britain can set up when it leaves the European Union with the 27 remaining countries.

Decressin said the IMF's expectation remained that a deal with a transition period would be struck. Its economists have not run any "no deal" forecasts, he said, but a "disruptive" Brexit is likely to have a damaging impact.

"Under such circumstances, our concern is that economic growth will suffer, especially in the UK, but also the euro area," he said. "We are then possibly looking at appreciably lower growth than we presently project."

For now, though, he flagged how much more positive the mood was than just one or two years ago, when worries were still rife in the euro zone that Greece would be forced out.

French President Emmanuel Macron's proposals to accelerate euro zone integration have been an important part of that, Decressin said. He also gave the IMF's clearest backing yet for plans to convert the European Stability Mechanism into IMF-style crisis lender.

"We are supportive of the objective," he said. "With an appropriate governance structure and a strong surveillance mandate, an EMF (European Monetary Fund) could really strengthen crisis prevention and management."

An ability to make swift and decisive decisions will be key. The euro zone often labored during its various crises because it needed to get formal approval for measures from numerous national parliaments. The IMF has also been left badly bruised by its involvement in Greece's rolling crisis over the last seven years, which often saw it at odds with Athens and the likes of Berlin.

"We do not have an objective to retreat from supporting Europe, on the contrary," Decressin said.

"We remain at the disposal of our European shareholders to help with any crisis if and when it emerges. We also hope to continue to play a useful role via our surveillance.