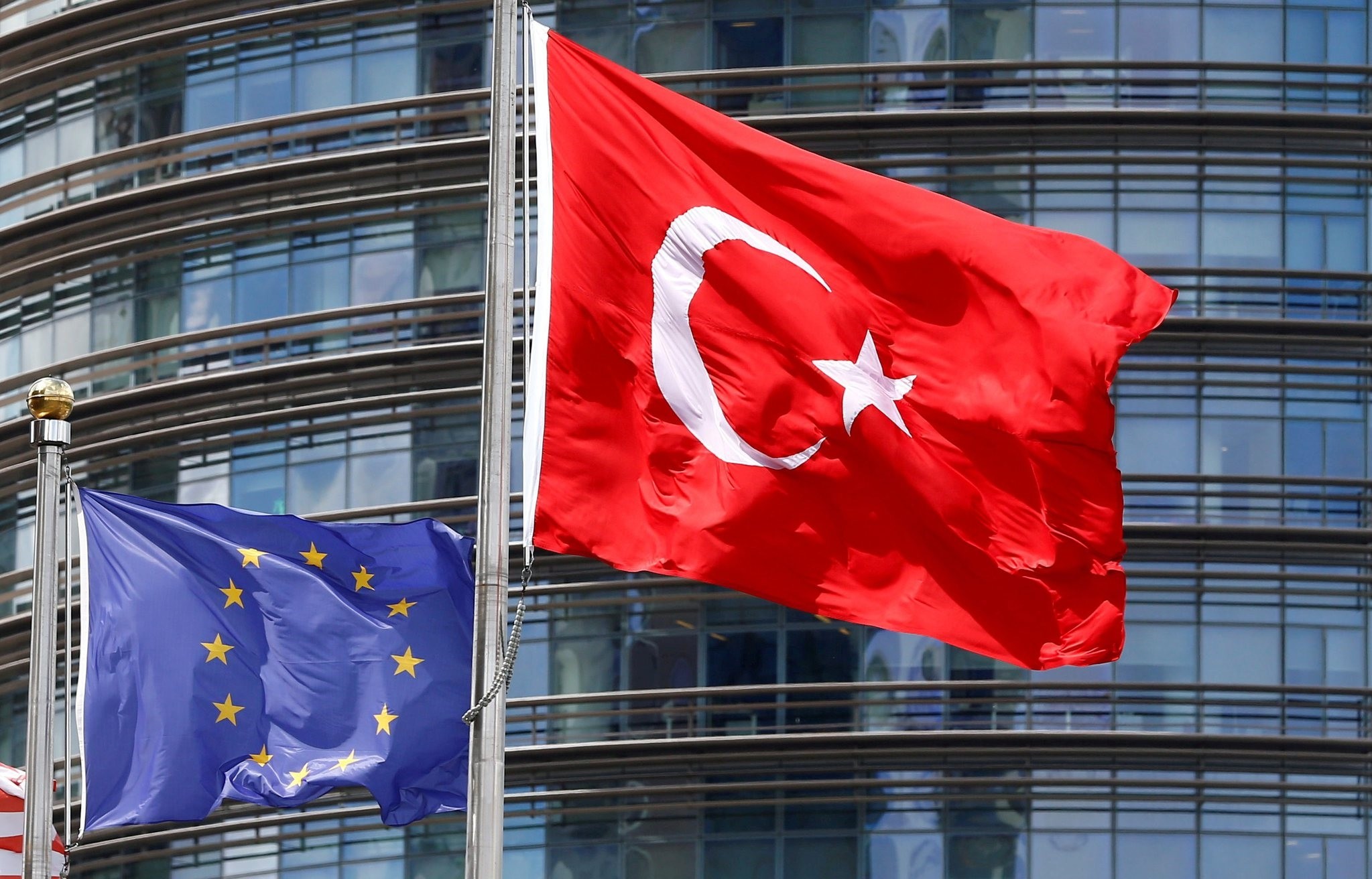 As tensions in bilateral ties have calmed after elections in some European countries passed, Turkey and the EU are scheduled to hold a number of meetings on energy, transportation and trade partnerships in the weeks to come.
by Daily Sabah with AA
Nov 14, 2017 12:00 am

A number of Turkey-EU meetings are scheduled for the weeks to come to discuss cooperation in energy, transportation and economy, emphasizing the necessity to maintain and improve relations

In the upcoming weeks, Turkey and the European Union will discuss a number of topics, including aviation, transportation and energy cooperation within a perspective of bilateral economic ties. The meetings will provide a platform to deepen the economic dialogue between the two parties. With regard to bilateral ties, Turkey's Permanent Delegate to the EU Faruk Kaymakcı emphasized that common expectations, goals and interests will continue to keep Turkey and EU ties closer and that these meetings will facilitate progress in chapters for EU accession negotiations.

The first week of December is set for an economy meeting between Turkey and the EU. Deputy Prime Minister in charge of economy Mehmet Şimşek is scheduled to co-chair the Dec. 7-8 meeting along with European Commission Vice President for Jobs, Growth, Investment and Competitiveness Jyrki Katainen, as he previously announced.

Since Turkey is the EU's fourth largest export market and fifth largest import provider, both parties are profoundly important to one another as far as trade is concerned, Kaymakcı emphasized that 65 percent of the chapters opened for accession negotiations focus on economic relations. Regarding Turkey's economic rapport with the EU, Kaymakcı noted that energy, transportation and trade are of great importance for Turkey-EU bilateral ties. He indicated that bilateral economic relations are covered in two-third of the 35 chapters discussed during Turkey's accession negotiations.

Kaymakcı indicated that the upcoming economic dialogue meetings would help make some progress in negotiations chapters. As elections in European countries, including the Netherlands, Austria and Germany, have concluded, a relatively calmer and mature period has begun in bilateral ties, the ambassador noted. After the failed coup of July 15, Turkey's rapport with the EU became stagnant, Kaymakcı noted, adding that the ties, however, gained momentum after President Recep Tayyip Erdoğan's meeting with European Council President Donald Tusk and European Commission President Jean-Claude Juncker.

Turkey's delegate to the EU also expressed his belief that a revival in Turkey-EU ties will occur in accordance with common interests and emphasized that the ties should be maintained for common goals and interests.

Energy and transportation cooperation to be discussed

In the first stage of the upcoming meetings, energy cooperation will be discussed, Kaymakcı indicated. "Currently, discussions focus on holding a meeting on Nov. 20. The meeting will concentrate on projects of direct interest to both Turkey and the EU. One of these projects is the Southern Gas Corridor (SGC). Turkey has the utmost potential to boost energy supply security and energy diversification. Besides, most of the energy projects will also contribute to Turkey's energy diversification and security," he said. The SGC includes gas infrastructure investments in a 3,500-kilometer pipeline running through six countries at a total cost of $40 billion.

The key components are the Shah Deniz offshore gas field in Azerbaijan, the Southern Caucasus Pipeline in Azerbaijan and Georgia, TANAP in Turkey and the Trans-Adriatic Pipeline (TAP) through Greece, Albania and Italy. The initial annual throughput capacity will be up to 16 billion cubic meters (bcm), equivalent to the annual energy consumption of more than 10 million households in the region.

A meeting concerning transportation is expected to take place Nov. 27, according to Kaymakcı. This meeting will deal with cooperation projects that will benefit both sides. Kaymakcı elaborated on the position of Turkey's transportation projects for the EU. He said that the Halkalı-Kapıkule railway is a strategic project connecting the Yavuz Sultan Selim Bridge and the Istanbul New Airport (also known as the Third Airport) to Kapıkule on the Greek border. Therefore, the project will connect Western Europe to Turkey as well as to Central Asia and Middle East. Thus, Europe is closely following the stages in the project and the Turkish delegation will discuss this railway project with the EU.

The Halkalı-Kapıkule High Speed Rail is expected to reduce time on the Istanbul-Edirne route to one hour, which normally takes three hours by road. This project is in two parts: A 150-kilometer-long Çerkezköy-Kapıkule line and an 80-kilometer Halkalı-Çerkezköy line.

This line linking the Yavuz Sultan Selim Bridge to the new airport will continue on to the Halkalı railway station then to Bulgaria, where goods can travel without any customs restrictions according to the EU-Turkey Customs Union Agreement that came into force in 1996. The transportation meeting covers negotiations for civil aviation as a comprehensive aviation agreement with the EU is currently under discussion.

Ambassador Kaymakcı pointed out that the situation of the existing Customs Union would be discussed, as there are some obstacles to the Customs Union update from some EU countries. Stressing that the expansion and updating of the Customs Union will benefit both sides, Kaymakcı suggested that such macro projects should not be made part of the national political agenda. "That is, the Customs Union updating process involving the 28 EU countries should not be taken hostage by one or more countries for their national interests. In the end, updating is in the interest of everyone," Kaymakcı said. "The obstructive attitude of several countries in the EU is also against the interests of others. So, it is against the spirit of the EU. There may be improvements in this area in the coming period. This issue will also be brought to the agenda at the economic meeting."

Kaymakcı said that free travel for people is an important issue between Turkey and the EU, adding that visa liberalization for Turkish citizens in the Schengen region should come to the fore at the meetings.

"I believe that there will be an opening in the coming period in terms of visa liberalization in parallel with the positive agenda to be provided in Turkey and EU relations after Turkey has fulfilled the last few steps in this regard," Kaymakcı added, highlighting that visa liberalization is in the interest of both Turkey and EU countries for tourism, trade, increasing collaborations in many fields, public dialogue, healthy communication and solid ties. Indicating that relations are moving towards a positive agenda in the upcoming period, Kaymakcı pointed out that this month the Association Committee meeting with the EU is to be held in Brussels, while consultations on Fighting Terrorism and Common Security and Defense Policy are planned for Ankara.