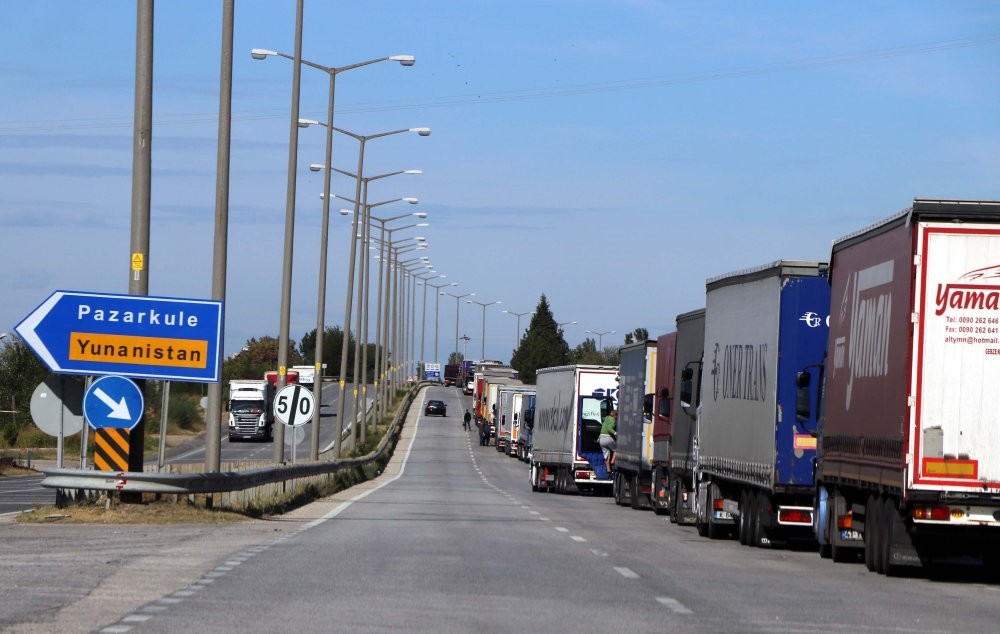 A recent series of events has set off a quasi-reconciliation process between Turkey and Germany. Inundated by a great number of issues and crises over the course of the last one-and-a-half years, the two countries now strive to salvage the marred ties. Besides bilateral matters, the skirmish between Ankara and Berlin spilled over across the European Union. The process of updating the customs union between Turkey and the 28-nation bloc is an outstanding example. Signed and sealed in 1995, the Turkish-EU customs union went into effect as of Jan.1, 1996. Nearly 22 years into the agreement, the changing world order and modern realities require comprehensive changes. Yet, there is an obstacle.

"I can't imagine that the EU negotiations with Turkey about the customs union could be extended," said Sigmar Gabriel, German foreign minister, in July when he also announced a variety of other sanctions against Ankara due to the strained political ties.

German Chancellor Angela Merkel does not think otherwise at all. "I do not see that we can give a mandate in the upcoming months to discuss the customs union as long as the situation is as it is now," she said in late August.

"The situation" has evolved over time though. The informal meeting between Gabriel and his Turkish counterpart Mevlüt Çavuşoğlu on Nov. 4 in the Turkish province of Antalya was an example.

Furthermore, the German Foreign Ministry said last week that a desire exists "to stay in close contact from both sides and, step-by-step, to rebuild trust."

In spite of the recent glimmer of hope for return to good old times, it seems the issue of updating the customs union will linger on. "An extension of the customs union between the European Union and Turkey is currently not on the agenda," a spokesperson for the German Economy Ministry told Daily Sabah, pointing to the rule of law.

The spokesperson said implementation of the rule of law is of utmost significance for the German government. "Respect for the rule of law is a central concern for us as it is the basis for good economic relations," the official said.

Berlin's insistence on forcing Brussels to halt the customs union upgrade is interpreted by many as taking the update hostage due to political spats with Ankara. "It is fixated on the Turkish-German crisis," said Can Baydarol, an academic and expert on Turkish-EU relations. "It is safe to say that is a German Union rather than European Union nowadays. They use their influence over the eurozone in all political areas," he said.

The Turkish government believes that an up-to-date customs union agreement would benefit both Ankara and Brussels. Customs and Trade Minister Bülent Tüfenkci said last week it is "win-win for both sides."

The current status of the agreement does not include agriculture, services and public procurement sectors. Moreover, Turkey cannot be part of any deal that the European Union strikes with third parties.

Murat Yülek, a professor of economics at Istanbul Commerce University, argues today's customs union is extremely lopsided. "The biggest beneficiary of the agreement has been Europe and especially Germany. Turkey imported $1 trillion of goods between 2001 and 2015 from the EU. This is a figure close to three times the GDP [gross domestic product] of Turkey in 15 years," he said.

Ill-prepared and vulnerable in 1995, Ankara now seeks ways to put things on a fair track. "Free trade is good for everyone so long as all sides are at the same level. Yet when Turkey entered the customs union, it was not ready, leading to a serious foreign trade deficit since then," Yülek contended.

A 2017 report prepared by the Brussels-based European Neighborhood Council think tank, in association with the Independent Industrialists' and Businessmen's Association (MÜSİAD), pointed out that a new customs union agreement would boost Turkey's GDP by 1.44 percent per year.

In its Dec. 21, 2016, assessment, the European Commission proposed upgrading the current deal. "Modernizing the customs union to reflect current EU-Turkey trade relations would bring substantial economic benefits for both partners," the commission concluded. However, a unanimous decision within the European Union is required for taking a step toward the update.

The Istanbul Commerce University academic is of the opinion that the unwillingness of the EU, due to Germany's imposed will on other member states, stems from one simple reason. "The Turkish economy is relatively small, but it has been importing to a great extent. The EU is already in an advantageous spot. It is already working in the interests of the EU."

Whether ties will become so normal that the customs union upgrade will be once again be brought to the agenda remains mysterious. The German government's emphasis on the rule of law and concerns regarding imprisoned German nationals in Turkey, indeed, do not seem temporary.

Maria Böhmer, minister of state in the German Foreign Ministry, said during her visit to the Turkish capital earlier this week, "We are concerned that human rights are not adequately protected in the events after [the coup attempt]. I want to express this with openness; we are worried that German citizens are being detained here for a long time, and no indictment is published."