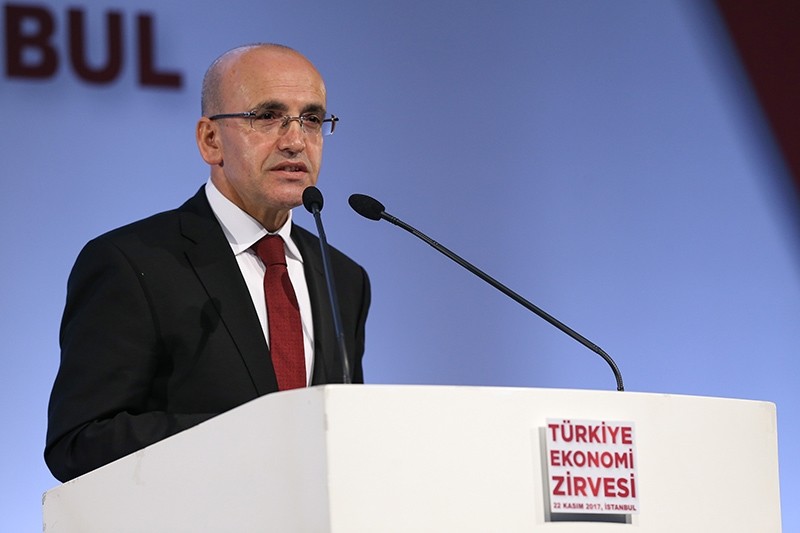 The market fluctuations besetting Turkey are temporary and will pass, including those stemming from the U.S. case against Turkish-Iranian gold trader Reza Zarrab, Deputy Prime Minister responsible for economy Mehmet Şimşek said Wednesday.

Şimşek was speaking at a conference in Istanbul after the lira hit a fresh record low of 3.98 against the dollar, driven partly by strains in ties with the United States over the trial.

"Today's problems with the U.S. and the West are temporary. There are a few basic aspects that make Turkey strong. The public sector balance sheet is stronger than ever," Şimşek said.

The deputy prime minister also pledged to lower the inflation to single digits amid ongoing inflation risks and currency devaluation.

"The turmoil in the market, the [Zarrab] case in the U.S., etc. will all be left behind. Turkey has a strong government, political stability. The public finance, banking sector and adaptability are at high level. There is a current account deficit problem, but it is at a much more manageable level than a few years ago. There is an inflationary pressure fed by the exchange rates, but sooner or later we will lower it to single digits," he added.

The case against Zarrab, who is accused of evading U.S. sanctions on Iran has strained relations between the U.S. and Turkey, both members of the NATO military alliance. On Monday, the government there depicted the trial as a conspiracy, with Deputy Prime Minister Bekir Bozdağ describing Zarrab as a "hostage" who was being forced to testify against Turkey.