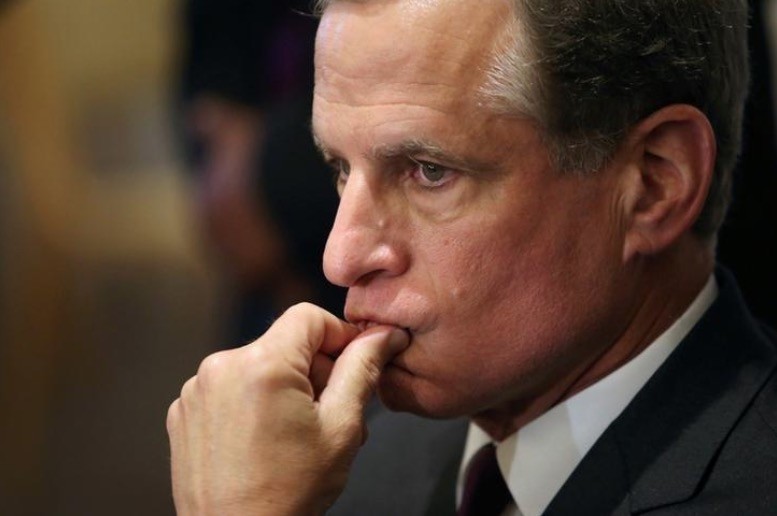 Dallas Federal Reserve Bank President Robert Kaplan gestures during a news conference after of the True Economic Talks event in Mexico City, Mexico, July 14, 2017. (Reuters Photo)
by Dec 01, 2017 12:00 am
The Federal Reserve ought to raise rates in December because the labor market is tightening and inflation is expected to rise toward the Fed's 2-percent target, Dallas Fed President Robert Kaplan said on Friday.

Because the U.S. economy is at or near full employment, he said, and because upward pressure on inflation from cyclical factors are intensifying, "We ought to be taking one more step in the near future in raising rates," Kaplan said at an economic development conference here.

The U.S. central bank's rate-setting panel meets later this month and is expected to increase the short-term borrowing target to between 1.25 percent and 1.5 percent. "I'll be in favor of taking the next step in removing accommodation in the near future," Kaplan said.