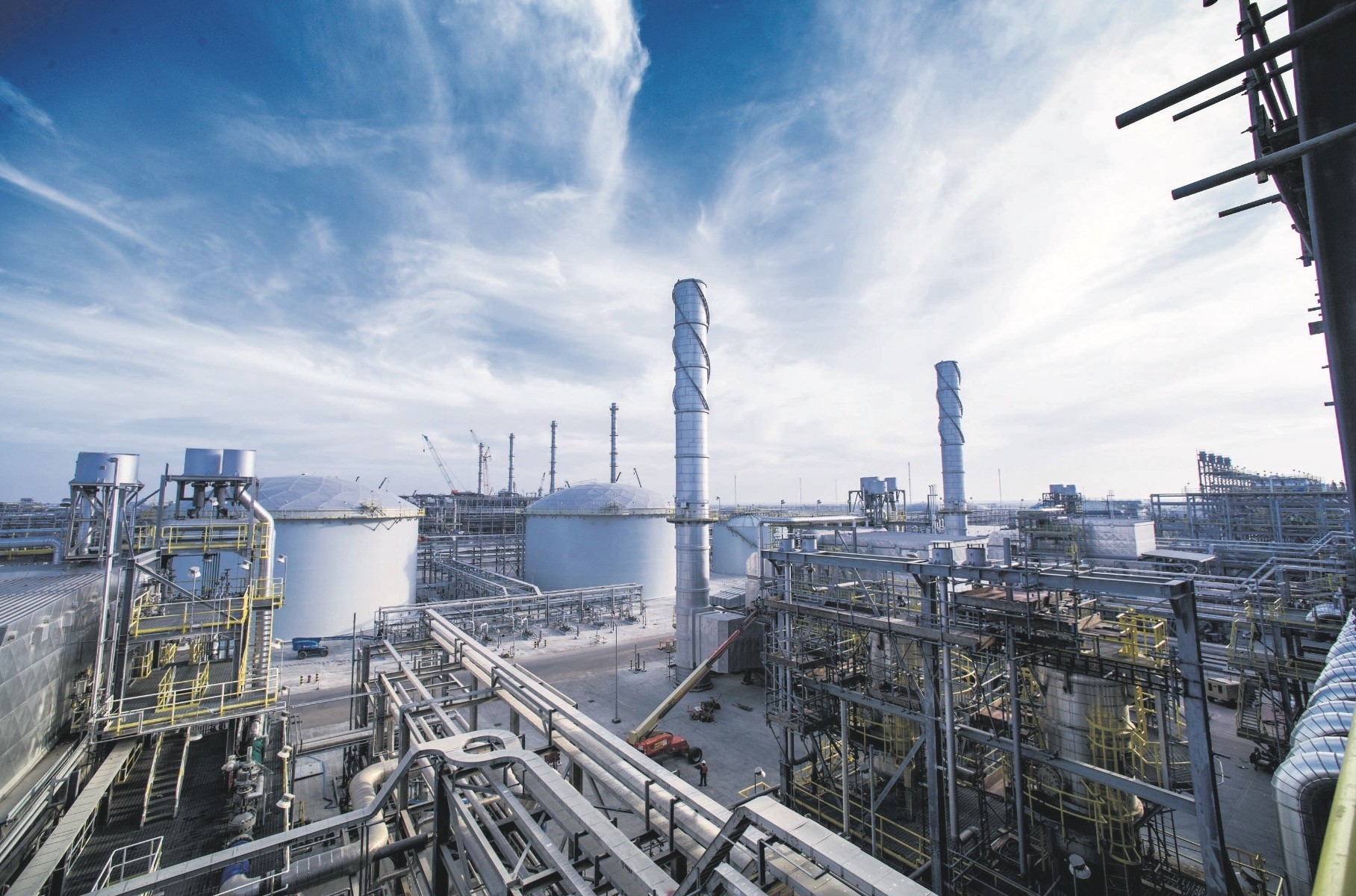 A view shows Saudi Aramcou2019s Wasit Gas Plant. The centrepiece listing of state oil company Saudi Aramco - expected alone to raise up to $100 billion - is on track to go ahead next year according to Prince Mohammed.
by Dec 04, 2017 12:00 am

Although it was billed as the sale of the century, Saudi Arabia's $300-billion privatization program is moving at a snail's pace, bankers, investors and analysts familiar with the process say

Saudi Arabia's $300-billion privatization program was billed as the sale of the century when Crown Prince Mohammed bin Salman unveiled his plan to great fanfare. Nineteen months later, it is moving at a snail's pace, bankers, investors and analysts familiar with the process say. The main problems they cite are heavy bureaucracy, an inadequate legal framework, frequent changes of priority in government departments and fatigue among investors. Some also blame a wait-and-see approach among many investors due to uncertainty about the fallout from an anti-corruption campaign in which dozens of royal family members, ministers and senior officials were rounded up in early November. The centerpiece listing of state oil company Saudi Aramco - expected alone to raise up to $100 billion - is on track to go ahead next year, Prince Mohammed told Reuters in October. However, Riyadh has yet to select any exchange abroad that will handle - along with the Saudi market - what would be the biggest share flotation in history. Sectors where the privatization process has been slow include grains, the postal service and healthcare.

"It's going to take longer (than many expected)," a Saudi banker who has worked on transactions told Reuters. "There are headwinds from the shifting of priorities in government and at a micro-level as these are old institutions that have often never kept books and are not up to the rigours of privatisation."

The sell-off is a cornerstone of Prince Mohammed's Vision 2030 plan to bring in fresh revenue and diversify the economy - which is recession and blighted by high unemployment - away from energy exports in an era of low oil prices. But the bankers, investors and analysts are expressing concerns including over the lack of a regulatory framework to assure would-be shareholders about how much control foreign companies could gain as a result of the stake sales, including the right to lay off staff. Vice Minister for Economy and Planning Mohammed al-Tuwaijri told Reuters in April that, excluding Aramco, the government aimed to make $200 billion by putting large parts of the Saudi economy in private hands.

The selloff, including five percent of Aramco, is intended to improve state finances. The government posted a $79 billion deficit last year. However, the record is patchy in the four sectors that Tuwaijri had highlighted as priorities for this year: grain silos, sports, electricity generation and water provision. Banks recently submitted bids to advise on the privatization of Saline Water Conversion Corporation's $7.2 billion Ras Al Khair desalination and power plant. But there has been less progress in the other three sectors. Saudi Arabia's deputy electricity minister said in October he aimed for progress in privatizing the power sector in 2018, after "some developments required us to wait". Prospective bidders for the kingdom's state-owned grain mills have complained of an unwieldy sale process and onerous ownership rules.

Elsewhere, the Ministry of Health has put on hold its tender seeking financial advisers for the privatization of 55 primary healthcare units in Riyadh, after receiving their bids in April, a financial source familiar with the matter said. It then issued a new tender to seek a technical adviser on the expected costs and demand linked to the privatization, the source said.

"Compared with many of its neighbours, Saudi Arabia has only limited experience in terms of privatizations, and still lacks an adequate regulatory framework," said Raphaele Auberty, a BMI Research risk analyst for the Middle East and Africa. Shortcomings include the absence of a framework for large-scale public-private partnership projects and a bankruptcy law, said Karen Young, a senior resident scholar at the Arab Gulf States Institute in Washington. Saudi Post Corp's privatization, which had at one stage been earmarked to begin early this year, has been shelved for the time being. Abdullah Alswaha, Minister of Communications and Information Technology, told Reuters last month that Saudi Post would enter a five-year "corporatisation phase". This would turn it into a state-run company with a profit and loss responsibility before a sale to the private sector.