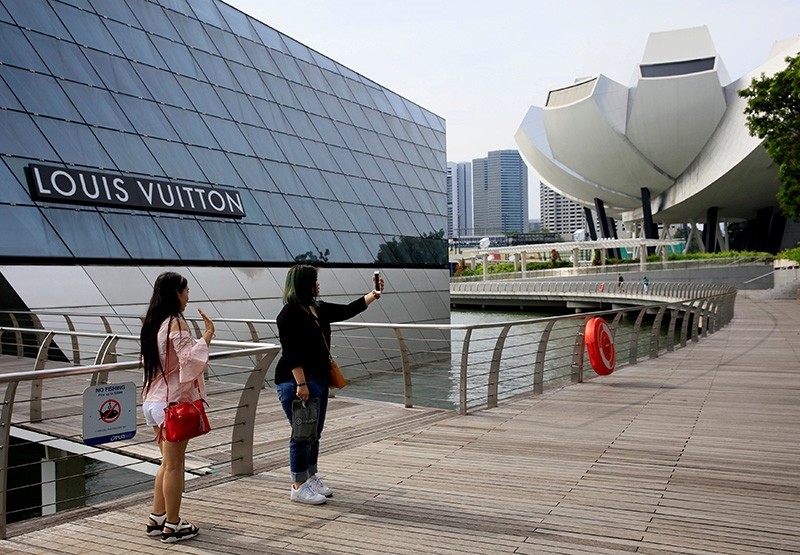 A rapidly-growing gap between rich and poor in many developing East Asian nations is threatening the foundation for the region's economic success, the World Bank said Monday.

"The whole basis for East Asia's success was this sense that everything was fair -- you worked hard, you got ahead -- but that is beginning to unravel a little bit," said Sudhir Shetty, the bank's chief economist for East Asia and the Pacific.

Booming economic growth has lifted millions in the region out of extreme poverty since the 1980s, but the wave of prosperity has not guaranteed upward mobility and economic security for large swathes of the population, the World Bank said in a new report.

Developing East Asian and Pacific countries must strengthen social security nets and help poor citizens climb the economic ladder if they want to dodge the negative effects of inequality, it added.

The international lender said rapidly ageing populations, urbanization and the disappearance of labor-intensive factory jobs threatened to push millions back below the poverty line -- defined as living on between $3.10 to $5.50 a day.

"In this changed environment, particularly given some of the external forces coming along, the region needs to start thinking differently about inclusive growth," Shetty told AFP at the launch of the report.

The number of poor citizens across the region -- including about a dozen countries and the Pacific Islands, but excluding developed countries such as Japan and South Korea -- has dropped significantly in recent decades.

About two-thirds of its population were either economically secure or middle class by 2015, up from 20 percent in 2002, the bank said.

But income inequality is already high or rising rapidly, with the problem most acute in Indonesia and China, according to the report.

Between 1988 and 2012, the wealthiest five percent of the region's population increased their personal consumption by almost $400 a year, compared with less than $30 for the bottom 20 percent.

The region has also seen the emergence of a new class of super-rich, with billionaire wealth now equivalent to almost nine percent of regional gross domestic product.

That has created an accompanying increase in the perception of wealth inequality, Shetty said.

Governments should strengthen their personal income tax collection by closing loopholes and broadening the tax base, as well as tackling corruption and improving job access, the report recommended.

"Cutting across everything is this need for institutional reform in particular, we frame it as a new social contract," Shetty said.

"You are not going to be able to meet these needs without raising more revenue."