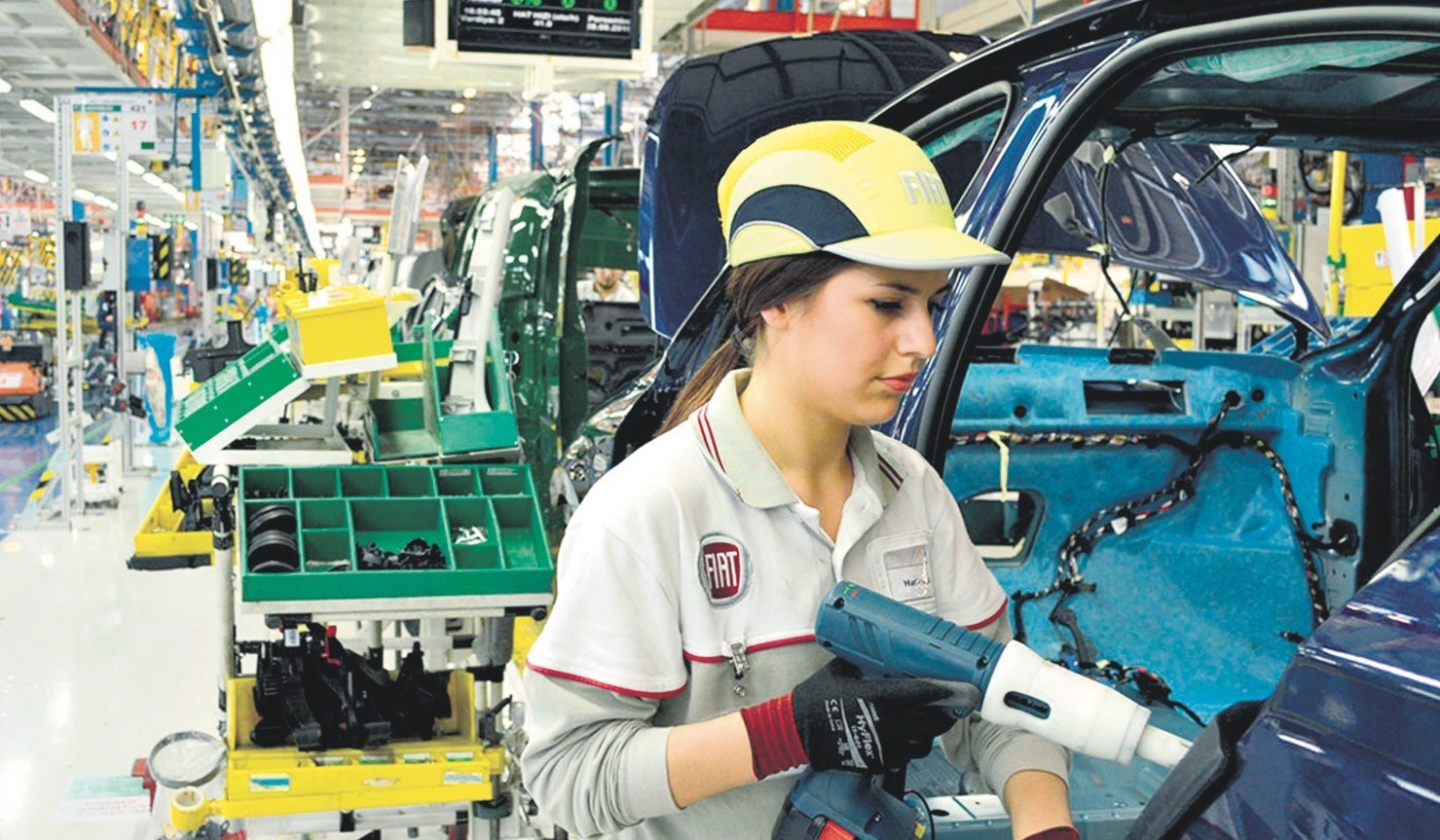 The automotive industry contributed $26 billion to exports from January to November, which eventually reached $142 billion while exports accounted for around 2 percent of growth in the first half of the year.
by Anadolu Agency Dec 06, 2017 12:00 am

After registering 11.5 percent growth in the first quarter of 2011 six years ago, Turkey is expected to finally hit double digits again this year in the third quarter with exports and consumption data looking good

Economists and experts are predicting that the Turkish economy will once again, after a six-year hiatus, record a double-digit growth rate this year in the third quarter. After posting 5.2 and 5.1 percent growth rates in the first and second quarters respectively, eyes are now on the third quarter data due to be released on Dec. 11.

The preliminary indicators suggest that the gross domestic product growth will make a surprise and hit double digits, economists argued, underscoring that consumption and exports will boost GDP growth. Economists also drew attention to the recent upward revisions by the national and international institution and stated that the Turkish economy will grow more than 6 percent in 2017.

The TEB director highlighted that the financial support of the Credit Guarantee Fund (CGF) and fiscal policy has evidently backed this year's growth rate.

Yılmaz said Turkey's average annual growth rate stands at 5 percent, in that regard, he noted the economy delivers a performance exceeding its historical potential with a balanced composition of the growth supporting indicators.

For the next six months, the global trade does not portray any concern, therefore the increasing trend in trade volumes will continue and the foreign trade will be a crucial element to support the economy, the Ziraat Bank economist noted.

"Slowing down in the economic activities during fall-winter period is a normal phenomenon. During this period, the budgetary discipline in public finance and strengthening of credit-deposit ratios are expected. In the spring, the credit demand and investment expenditures will increase and the summer will see vibrant tourism activity and employment market. Therefore, the Turkish economy is expected to grow 5 percent next year in accordance with the historical record and potential," he said, noting the growth will be fostered by foreign demand in the first half and domestic demand in the second half of the next year.

AA Financial Analyst and Economist Haluk Bürümekçi said that the national income growth in the third quarter will be in the range of 9 to 10 percent this year and that the acceleration observed compared to the previous quarters was also affected by the favorable basis effect created by shrinkage experienced in the same quarter last year. "I think close to 2.5 percentage points of the growth that will probably be above 6 percent this year is due to the acceleration in the loans," Bürümcekçi said.

He predicted that growth will be in the range of 3.5 to 4 percent considering the unfavorable base effect of this year's strong growth in the scenario of "there will be no additional CGF loaning next year, so the loan growth rate will fall to around 15 percent," adding that external demand's contribution to growth in the first two quarters of this year will be positive, but that it will pull down growth in the third quarter.

"I also think that machinery-equipment investments will increase significantly in the third quarter. If this trend, seen with capacity utilization rates approaching 80 percent, can be maintained, the growth can be made more sustainable," he continued. "However, economic and political uncertainties increasing over the last few months may restrain private investments in a stir."

Kömürcüoğlu said that with a supportive global environment and the expectation to maintain expansionary fiscal policies domestically, they kept the growth forecast for the next year at 4.5 percent, and that growth is likely to exceed the estimates depending on the supportive fiscal policy.

"Domestic consumption, investments and net exports come to the fore in growth. It is a pleasing development that its contribution to exports is positive," he noted.

Burak Kanlı, chief economist at QNB Finansinvest, stated that the Turkish economy will grow by around 10 percent in the third quarter.

"The fact that the same quarter of last year was very unusual was effective in this growth, but the third quarter economic activity was also very strong. We can see a growth rate of close to 6.5 percent for the whole year," Kanlı said.