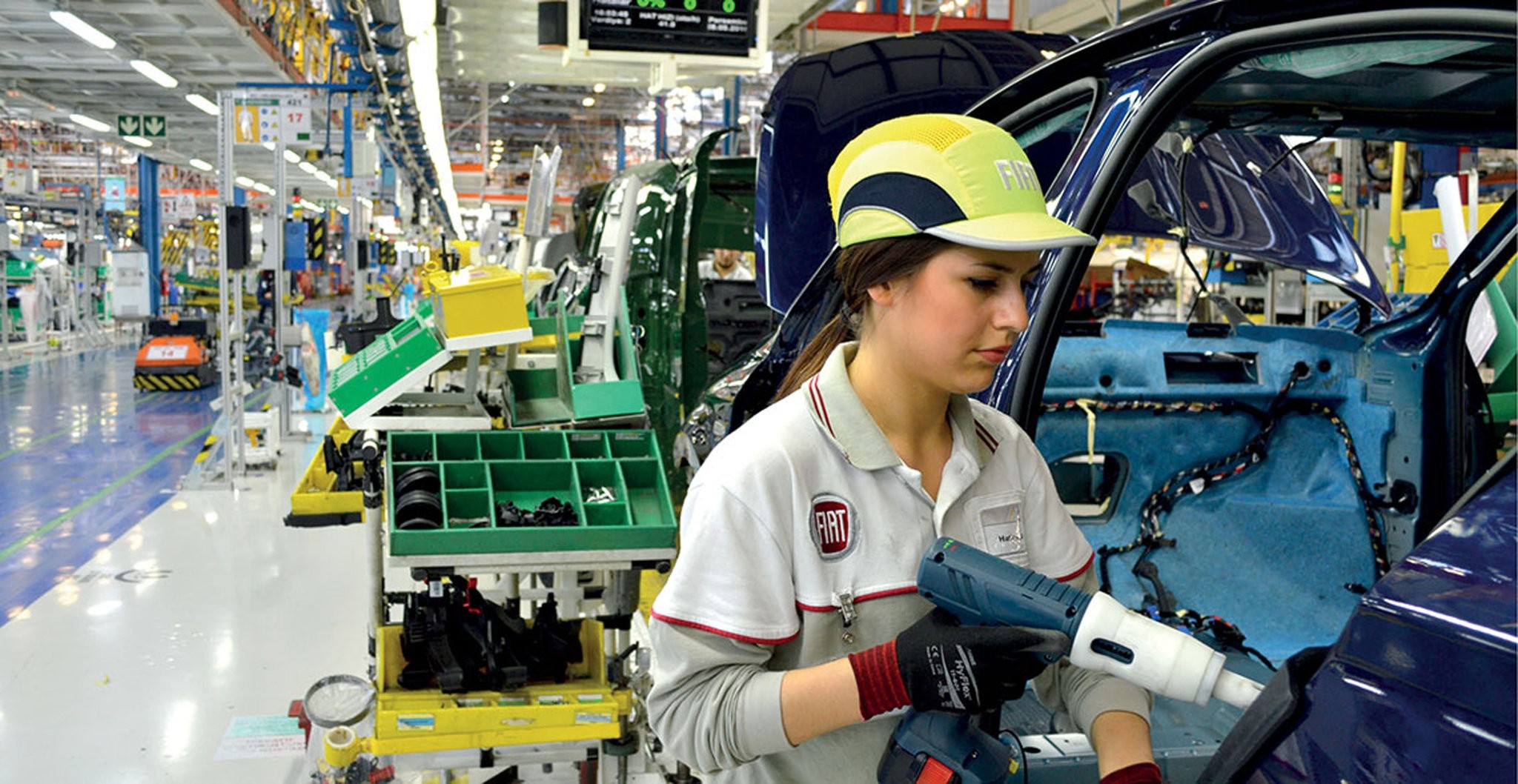 Turkey's industrial production annually rose by 7.3 percent in October, according to the Turkish Statistical Institute (TurkStat) on Friday.

On an annual basis, the manufacturing index saw the biggest rise in October, up 7.7 percent, among all three main subindices, according to TurkStat.

In the same period, the electricity, gas, steam and air conditioning supply index also increased by 7.3 percent while the mining and quarrying index rose by 0.5 percent.

On a monthly basis, the country's industrial production increased by 0.7 percent in October, TurkStat reported.

In October, the manufacturing index increased by 1.3 percent while the mining and quarrying, electricity, gas, steam and air conditioning supply indices declined by 2.2 percent and 1.9 percent, respectively.

Turkey's industrial output is deemed a vital indicator for the economy as it is seen as a preliminary gauge for gross domestic product (GDP) growth.

Elaborating on the data, Development Minister Lütfi Elvan said an increase in industrial production will affect exports positively in the upcoming period, underscoring that this development also signals that the growth in the last quarter of this year will be higher than expected.

In a written statement, Elvan underlined that the wheels in the industry continue to turn acutely, pointing out that the rate of increase was above market expectations and that the vitality in the real sector continues to be strong.

Recalling that the average industrial production increased by 5.8 percent during the January-October period of this year, Elvan pointed out the importance of the success achieved by taking into consideration that the ratio was 1.88 percent in the same period of 2016.

He also pointed out that capital goods production increased by 13.5 percent and intermediate goods production by 6.4 percent in October, indicating that it was a basic indicator that confidence in the economy's private sector continues.

The development minister also said these developments indicate that the growth in the last quarter of the year will be higher than expected, underscoring that the developments in the economic indicators will push growth rates above the Medium Term Program target for 2017.

"It will not be surprising if the annual growth rate exceeds 6 percent. Despite all negative perception operations both at home and abroad, Turkey's economy proceeds on its way strongly and determinedly," Minister Elvan added.