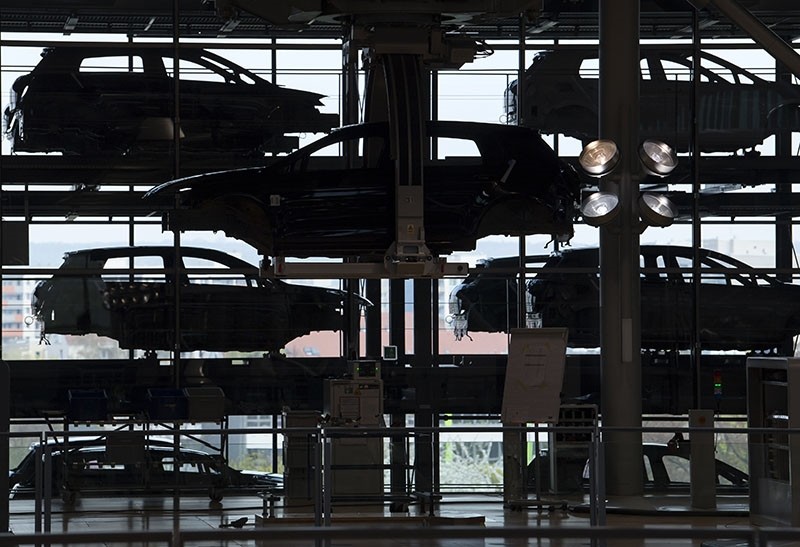 The German economy accelerated last year to grow by 2.2 percent, putting in its strongest performance for six years thanks primarily to increasing demand at home, official data showed Thursday.

The figure released by the Federal Statistical Office (Destatis) was the strongest since 2011, when Europe's biggest economy grew by 3.7 percent. Gross domestic product expanded by 1.9 percent in 2016 and 1.7 percent in 2015.

Household spending by Germans was up 2 percent last year, while investment in machinery and other equipment was up 3.5 percent.

Exports, a traditional strength of the German economy, grew by 4.7 percent, a much stronger performance than the previous year's 2.6 percent. But they were outpaced by imports, which expanded by 5.2 percent, up from 3.9 percent in 2016. Overall, foreign trade contributed 0.2 percentage points to last year's economic growth.

The statistics office didn't immediately release a figure for fourth-quarter growth in its preliminary 2017 growth report.

An official reading is expected next month, after economic data for December become available.

"The German economy is booming," said Commerzbank economist Marco Wagner with a recent batch of monthly data underlining the strength of the economy as 2017 came to an end.

It was "a strong performance by an economy firing on all cylinders," commented ING Diba bank economist Carsten Brzeski.

However, the growth rate was slightly lower than analysts' forecasts, which had suggested that Europe's biggest economy expanded by 2.3 per cent last year.

Meanwhile, expansion in private and government consumption slowed compared with 2016.

Strong growth and bulging state coffers have stoked demands from politicians and unions to put some of the country's wealth to work, whether by offering voters tax cuts, boosting public spending and investment, or increasing wages.

Thursday's growth data come on the same day that Chancellor Angela Merkel's conservatives enter a final round of talks with the center-left Social Democrats to explore renewing their left-right "grand coalition".

And the figures follow on the heels of days of strikes by powerful metalworkers' union IG Metall, which is pushing for a big salary increase and the option of working a 28-hour week.