Unemployment rate in Turkey falls to 10.3 percent in October 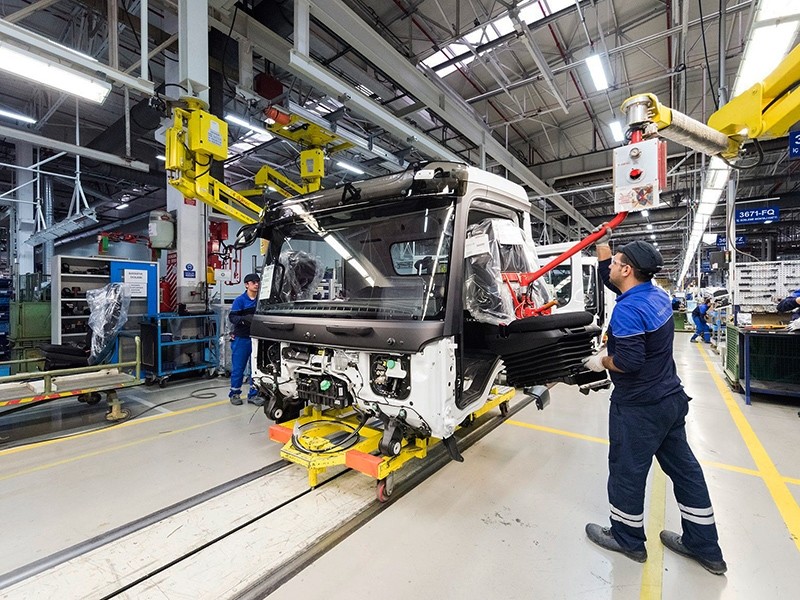 The number of unemployed people, aged 15 and above, in the country declined to nearly 3.3 million last October, a decrease of 360,000 from October 2016, when the unemployment rate stood at 11.8 percent, the statement said.

The figure also showed a 0.3-percentage point drop from the previous month, when unemployment stood at 10.6 percent, according to TurkStat.

The labor force participation rate was also up by 0.7 percentage point year-on-year, going up to 53.1 percent.

The number of women participating in the workforce climbed 1.1 percentage point from the previous year to 34.2 percent.

Ziraat Bank's economist Bora Tamer Yılmaz pointed out that the positive effect of the employment mobilization program, launched by government in the beginning of last year, was reflected in the October numbers.

"The employment mobilization program helped the country generate more jobs. This was a right move as we can see its results in the number of employed people last year," Yiımaz said.

Yılmaz cited that Turkey maintained its industry sector's employment rate unlike other developed countries and generated more jobs in the services sector.

Ali Kırali, economic research and strategic planning director at Odeabank, said in a client note that he expected limited improvement in the unemployment rates of upcoming periods.

"While October period statistics point out to the ongoing resilience in economic activity and hence in the labor market, albeit at a slower pace in the last quarter of 2017, we anticipate the improvement in unemployment rate to be limited in the coming periods due to the deceleration in employment gains," Kırali said.