Fundamentals of US economy strong, White House says amid major decline in stocks 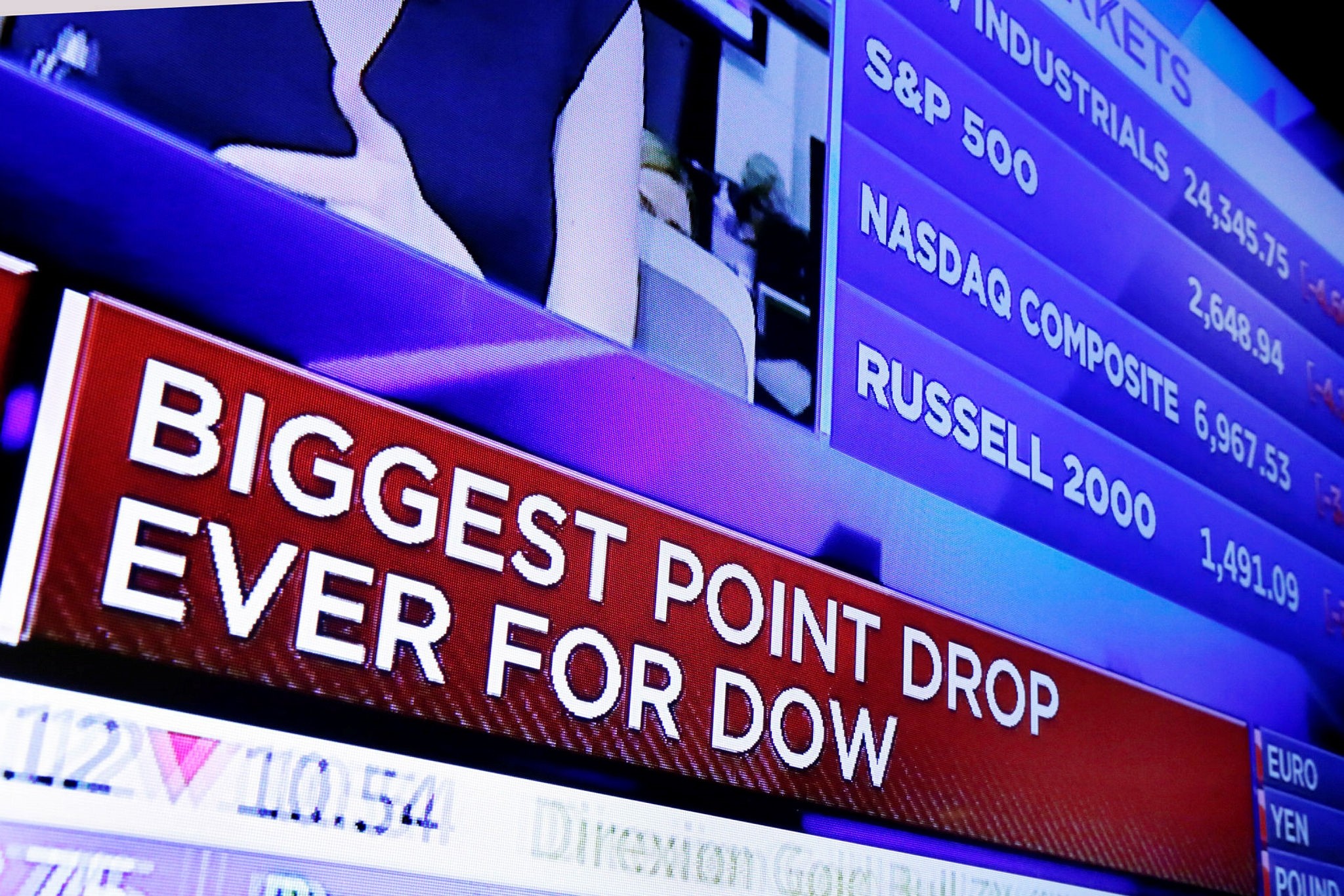 A television screen on the floor of the New York Stock Exchange headlines the stock index news at the close of trading, Monday, Feb. 5, 2018. (AP Photo)
by Compiled from Wire Services Feb 06, 2018 12:00 am

With stock markets declining again, the White House on Monday said the fundamentals of the U.S. economy are "strong."

"Markets fluctuate, but the fundamentals of this economy are very strong and they are headed in the right direction," White House spokesman Raj Shah told reporters on Air Force One as President Donald Trump flew to Ohio.

The Dow Jones industrial average briefly plunged nearly 1,600 points earlier on the same day as two days of steep losses for U.S. stocks brought an end to a period of record-setting calm in the market.

The Dow recouped about half that loss within minutes, but its gains for the year were still gone as of late afternoon.

The slump began on Friday as investors worried that creeping signs of higher inflation and interest rates could derail the U.S. economy along with the market's record-setting rally. Energy companies, banks, and industrial firms are taking some of the worst losses.