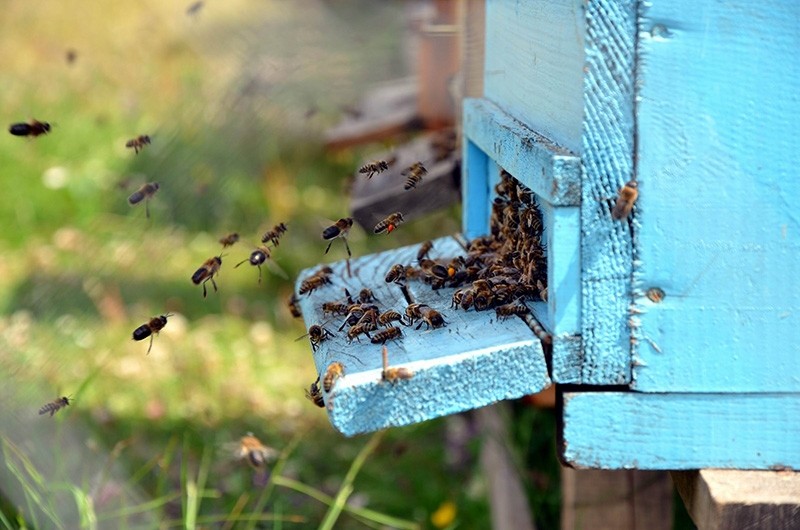 "In the first evaluations of the year 2018, the air temperatures in Samsun were much higher than the seasonal norms," Rasim Kaplan, chairman of Turkey's northeast Samsun Province Bee Growers Association, told Ihlas News Agency.

"If the beekeepers do not control their hives on these hot days, the colony could face collapse. They could experience serious bee loss," he warned.

During winter months, beekeepers must stock hives with a honey-derived syrup that the bees can feed on.

Temperatures five to 10 degrees C (nine to 18 degrees F) higher than average in Samsun and surrounding provinces are causing bees to be more active than they normally would during winter months, requiring more food to keep them alive until spring.

"As air temperature in Samsun is 10 degrees (18 degrees F) higher than normal, the beekeepers must continually make honey or syrup for their hives. Beekeepers who want to spend the year 2018 efficiently should check their hives often on hot days," Kaplan advised.

Kaplan added that honey production in 2016 and 2017 was notably below average, due to a low birth rate among bees.

"In 2017, approximately 300,000 tons of honey was produced. The beekeepers harvested an average of 20 kilos of honey per hive."

"In 2016, honey production was slightly less. The beekeepers produced an average of 17 kilograms of honey per hive. About 100,000 tons of honey was produced for this reason," Kaplan said.

Honey is an important product of Turkey, which ranks among the top three countries in the world for its production. According to the Eastern Black Sea Exporters Association (DKİB) data, Turkey exported 6,495 tons of honey to 45 countries last year.

A November 2017 study of Turkish honey showed it has higher antimicrobial capabilities compared to the world famous Manuka honey of Australia and New Zealand.