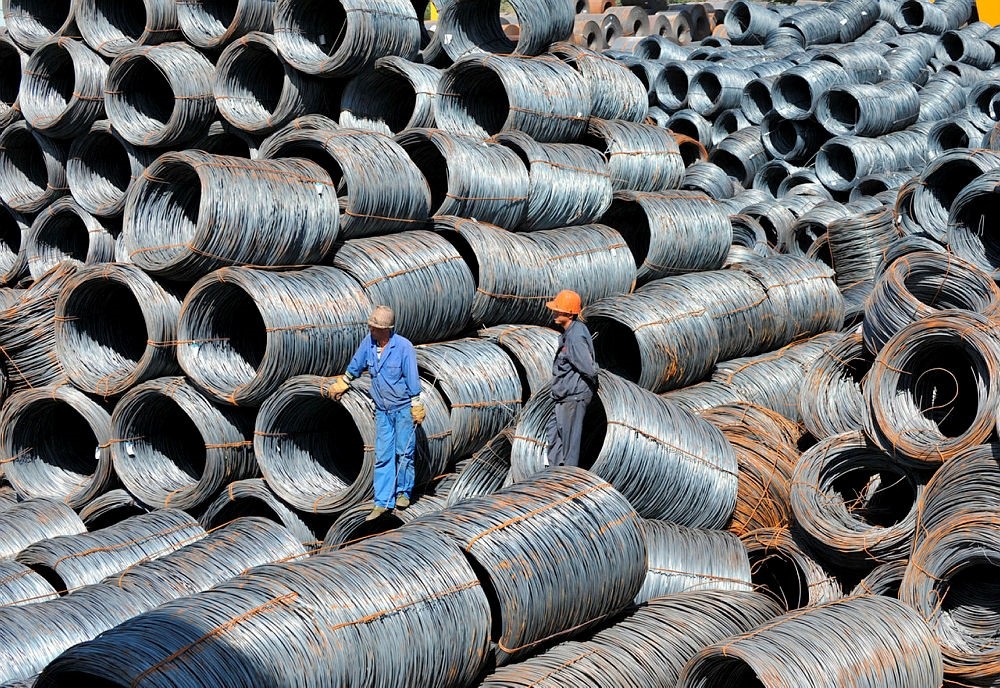 The World Trade Organization warned Friday that U.S. President Donald Trump is risking an economically damaging trade war if he goes ahead with plans to impose steep tariffs on steel and aluminum imports.

Trump, who has long railed against what he deems unfair trade practices by China and others, said Thursday he planned to levy penalties of 25 percent on imported steel and 10 percent on aluminum imports from next week.

Roberto Azevedo, the director-general of the Geneva-based WTO, said the agency was "clearly concerned" at the U.S. plans and warned that "a trade war is in no one's interests."

"The potential for escalation is real as we have seen from the initial responses," he said in comments emailed to The Associated Press by a WTO spokesman.

Azevedo said the WTO, the body that oversees global trade, "will be watching the situation very closely."

The European Union is already thought to be considering retaliatory tariffs, roughly one third of which would target steel, one third agriculture, and one third other products.

"We are not going to sit on our hands while our industry is at risk of being hit with unfair measures," said European Commission spokesman Alexander Winterstein.

"We are going to respond swiftly, firmly and in a proportionate way."

French Finance Minister Bruno Le Maire told reporters in Paris he was planning to talk with counterparts in Germany and Britain about the response.

"The United States must know that if these unilateral decisions were to be maintained and confirmed, they would lead to a strong, coordinated and united answer from the European Union," Le Maire said.

Trump appeared to shrug off worries of a trade war in an early Friday tweet, saying "when a country (USA) is losing many billions of dollars on trade with virtually every country it does business with, trade wars are good, and easy to win." Trump has argued that increased foreign production, especially by China, has driven down prices and hurt U.S. producers, creating a situation the country's Commerce Department has called a national security threat.

Financial markets have taken fright at the prospect, though — Germany's DAX index, for example, was down 2 percent in late-afternoon trading in Frankfurt, as investors fretted over the impact of a trade war on Germany's export-heavy economy.

"Markets are clearly concerned that Trump's move to impose tariffs will spark retaliation from other countries or trade blocs, which could be the start of a trade war," said Bas van Geffen, an analyst at Rabobank.

German producers would clearly be impacted by any U.S. tariffs, as they account for about 4 percent of U.S. steel imports as the EU's largest steel exporter.

Foreign Minister Sigmar Gabriel said the announcement raised "serious concerns" and that a blanket duty would punish everyone.

"Unlike possibly other countries, there's no unfair competition or dumping prices from German or European firms," he said.

He urged Trump to reconsider, suggesting that a trade war between allies would harm both sides.

"The threat of difficult trade strife between the U.S. and Europe is neither in the interest of Europe or the U.S. As the saying goes: 'when two fight with each other, it pleases the third,'" he said without naming any specific countries.

Overall, the 28 EU nations make up nearly 21 percent of U.S. steel imports, according to the German Steel Federation, and Gabriel said the tariffs could "endanger thousands of jobs in Europe."

Only about five percent of German steel exports go to the U.S., but he warned there could be a knock-on effect contributing to "a rise of protectionism worldwide."

Chancellor Angela Merkel's spokesman Steffen Seibert said the tariffs would hurt international commerce and that the U.S. would not solve issues of global overcapacity of both steel and aluminum with "unilateral measures."

"The German government will look very closely at this decision and then assess the impact on the German and European economies," he said.

However, the American Chamber of Commerce to the EU, representing U.S. firms doing business in Europe, said it shared Trump's concern about global overcapacity of steel and aluminum, but said his proposal would "unfairly target European manufacturers and would not address Chinese excess capacity, the root cause of the issue."

Organization head Susan Danger said it could lead to retaliation that could harm American companies in Europe.

"Unilateral US government actions would fail to address this issue and instead risk harming America's relationship with Europe, its staunchest ally," Danger said.

WTO spokesman Dan Pruzin told reporters in Geneva that the agency has never had to deal with a case challenging any member's right to invoke the organization's exception allowing tariffs in cases of national security.

"If any of our members have any concerns about any actions adopted by another member, they can raise this in the WTO," he said, refusing to comment directly on Trump's plans.

Economy Minister Brigitte Zypries warned that the EU would "answer accordingly" if the U.S. went ahead with its plans.

"Someone who talks as much about fair trade as President Trump should not resort to such unfair measures," she said.

Dieter Kempf, head of the Federation of German Industries, urged all sides to "keep a cool head."

"There's too much at stake," he said. "Nobody is an island, the global economy is closely networked."