As its wealth fund goes green, Norway's firms struggle to keep up 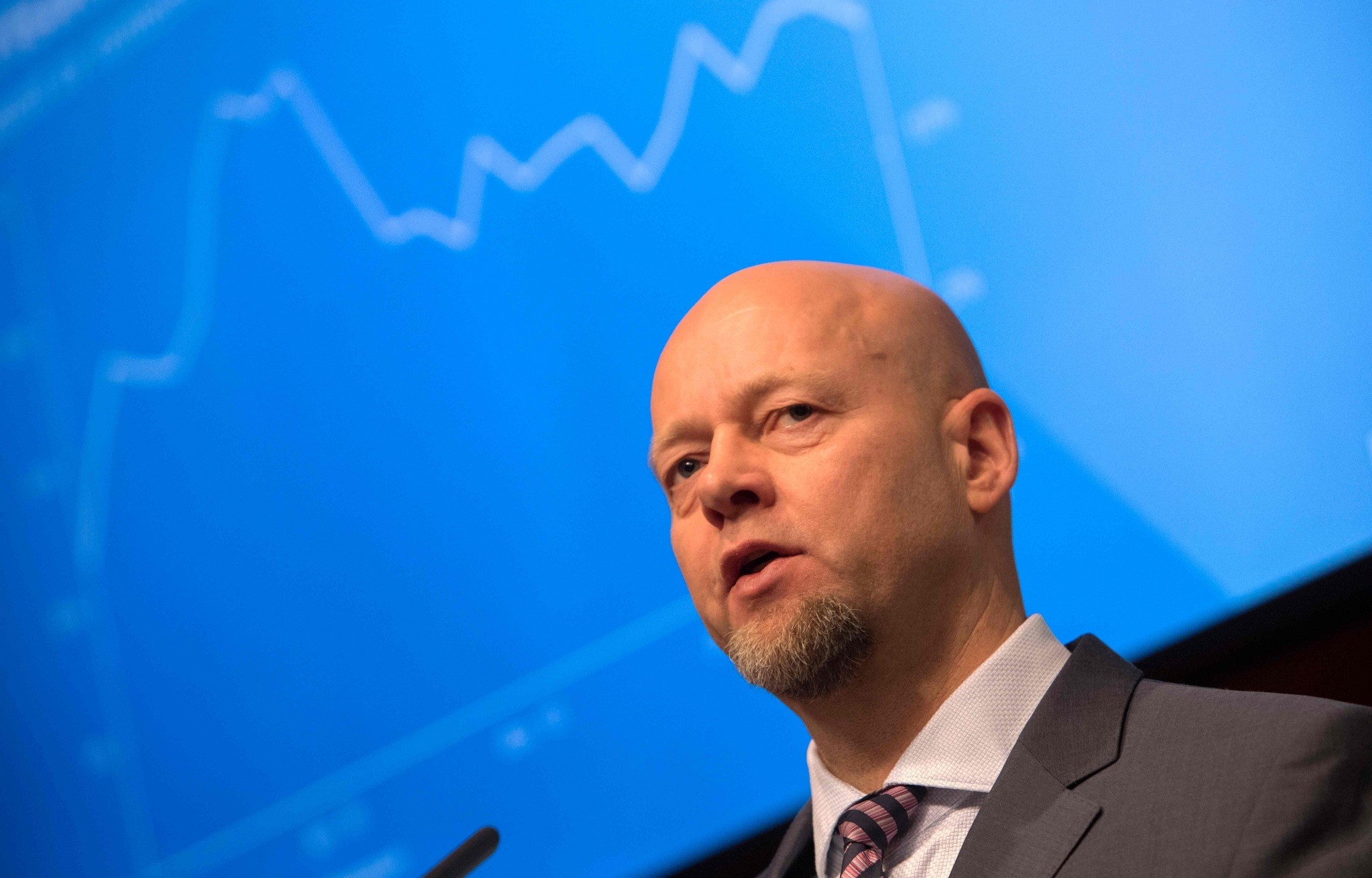 Yngve Slyngstad, CEO of Norges Bank Investment Management (NBIM), which is part of the Central Bank of Norway (Norges Bank), presents details from the annual report of the Norwegian Government Pension Fund in Oslo.
by Mar 05, 2018 12:00 am

The world's biggest sovereign wealth fund wants the 9,100 companies in which it holds stakes to submit data on issues such as water use and climate effects and in Norway, just two firms were A rated

Many Norwegian companies lag high standards for reporting their impact on the environment that the Nordic nation's $1 trillion wealth fund is championing abroad in 2018. The world's biggest sovereign wealth fund, which is barred by the Norwegian government from investing at home, wants the 9,100 companies in which it holds stakes to submit data on issues such as water use and climate effects to London-based non-profit group CDP, formerly the Carbon Disclosure Project.

In Norway, just two firms - DNB bank and property firm Entra - were on a CDP list of 160 "A" rated performers worldwide for disclosure in 2017. That was comparable to other Nordic nations but not exemplary, CDP data show.

Norway's state-controlled oil group Statoil got an "F" grade for disclosure of fresh water use - a core focus area for the fund abroad - after it declined to take part in the CDP survey.

On climate change reporting, including tracking greenhouse gas emissions, Statoil got a strong "A-".

"It's not our responsibility" to ensure that Norwegian firms comply, central bank governor Oeystein Olsen told Reuters when asked if Oslo was pressing higher standards abroad than at home. The wealth fund is managed by a unit of the central bank.

CDP said there were no Norwegian firms, for instance, among almost 100 companies including L'Oreal, Walmart and Toyota rated as leaders in tracking greenhouse gas emissions in their supply chains.

"If Norwegian companies want to take a leadership role on climate change they should be engaging with their suppliers on these issues," said Sonya Bhonsle, head of supply chain at CDP.

Norway's fund, built from the nation's oil and gas revenues, says global warming is stoking downpours, droughts and rising sea levels that threaten long-term earnings. It says investors need harmonised data to compare risks. Its policies, such as restricting investments in coal companies, have huge influence for companies and investors because it owns on average 1.4 percent of all listed shares worldwide. Yngve Slyngstad, the fund's CEO, said it encouraged companies abroad to "strengthen their reporting in general, directly to the investors, but also indirectly through the CDP". Few companies are doing enough on climate change, he said.

Statoil spokesman Erik Haaland said the company did not take part in the CDP fresh water survey because most of the firm's operations are offshore, using abundant sea water. Statoil has water-intensive shale oil and gas in the United States.

"Also, the questionnaire is quite extensive, and since the issue is less material for our operations we made the decision to not take part," he said.

Asked if the government had a double standard, Norway's deputy Finance Minister Geir Olsen wrote in an e-mail that the ministry "welcomes efforts to standardise climate reporting according to internationally agreed principles." The finance ministry oversees the sovereign wealth fund. Martin Skancke, a consultant on the design of sovereign wealth funds, said "obviously there is a reasonable expectation that when the government promotes these standards through the fund in foreign markets that it also promotes them internally".

He said that, from his own experience on boards of Norwegian companies, the centre-right government does urge companies to disclose environmental data. He said it was hard to estimate the extra costs of such reporting. Among other Norwegian companies, state-controlled telecoms group Telenor got an "A-" for climate change reporting in 2017, while aluminium producer Hydro and fertiliser-maker Yara International, in which the state owns just over a third, got "C"s. Hydro said it had reported to the CDP since 2004 but lost marks on technicalities.

"When filling in the CDP questionnaire, we are more occupied about reporting quality information requested by important stakeholders, than exactly following the CDP format," it said in an e-mail. Yara spokeswoman Kristin Nordal said the company halved its greenhouse gas emissions between 2004 and 2013.

"We will certainly not claim to have all the answers in place on issues such as climate and water, and we are presently going through a strategic process to further improve our response to sustainability matters," she said.

Abroad, the companies in which the fund has the biggest holdings - Apple Inc and Nestle - both got "A" grades from CDP for climate change reporting. On fresh water use, most big foreign energy companies joined Statoil in declining to take part in the CDP water survey. Exceptions included Total and Neste Oy.