EU warns of 'frictions' in post-Brexit relations with Britain 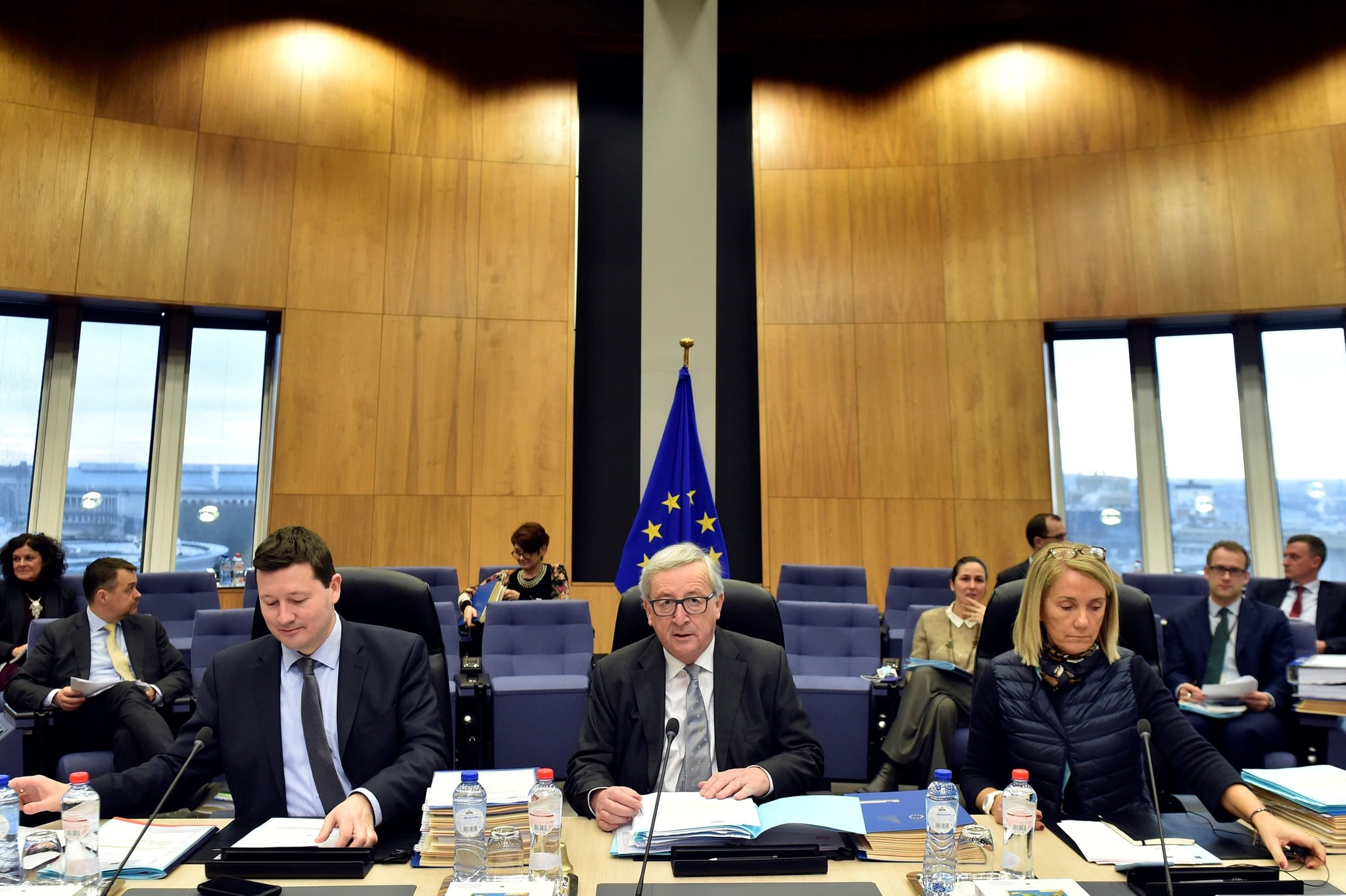 The European Union on Wednesday rejected Britain's calls for completely free trade after Brexit, saying in its long-awaited guidelines for future ties that frictions were inevitable.

The draft negotiating guidelines released by EU President Donald Tusk warned that there would be "negative economic consequences" as a result of Britain's vote to leave.

The rebuff came just days after British Prime Minister Theresa May called for the "broadest and deepest possible agreement", and as her finance minister urged a special deal for the City.

Tusk's draft red lines, which must now be adopted by the remaining 27 member states, said the EU was bound by Britain's self-imposed conditions for leaving the European Union.

"Being outside the Customs Union and the Single Market will inevitably lead to frictions," said the draft guidelines seen by AFP. "This will unfortunately have negative economic consequences."

The EU guidelines added that "there can be no 'cherry-picking'" -- Brussels jargon for getting free access in certain sectors including financial services without the obligations and costs of membership, including respecting freedom of movement of people from EU countries.

They did not specifically mention London's call for its financial services industry to continue having unfettered access to European markets, but said that in "trade in services" Britain would be treated as a third country with different rules to the EU.

Former Polish premier Tusk was due to formally unveil the guidelines at a press conference in Luxembourg with the tiny duchy's prime minister Xavier Bettel.

The leaders of the remaining 27 EU states must then approve the plans at a Brussels summit on March 22, setting the template for EU negotiator Michel Barnier in trade talks that could start as soon as April.

May used her speech last week to call for an EU-UK deal that worked "more fully than any free trade agreement anywhere in the world today", while acknowledging it was time to face "hard facts" about the economic consequences of Britain's shock 2016 vote to leave.

Her finance minister Philip Hammond was to tell the EU in a speech later Wednesday that including financial services in any trade deal was in the "mutual interest" of both Britain and the union.

In his keynote speech, Hammond will "address the sceptics who say a trade deal including financial services cannot be done", according to excerpts of the address released by his office on Tuesday.

"Every trade deal the EU has ever done has been unique," he is expected to say, pointing to prior agreements with Turkey, Canada and South Korea.

A leaked EU report quoted by the Guardian newspaper dismissed similar demands laid out by May in her speech last Friday as "double-cherry picking", and more about managing her restive Conservative party than proper negotiating.

The EU's tough stance is partly inspired by fears that if Britain gets a bespoke deal it could inspire the 27 remaining member states to leave the EU and demand special treatment themselves.

The European Parliament -- which will have the final veto on any Brexit deal -- is set to publish its own demands for trade talks later on Wednesday in Brussels.

It will say that any full-on trade deal would require a "binding convergence mechanism" with EU laws, the Politico Europe newspaper said. London has previously said it will not remain subject to the EU's courts after Brexit.

A political declaration on future relations will be attached to the Brexit divorce agreement between Britain and the EU, which Barnier wants in place by November at the latest.

Any actual trade deal will have to wait until after Brexit day on March 29, 2019.