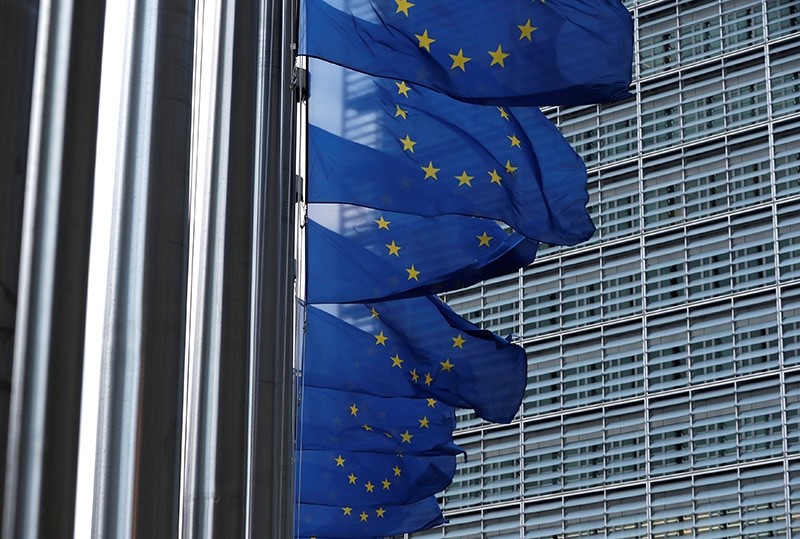 The European Union launched legal action against the United Kingdom on Thursday to recover 2.7 billion euros ($3.3 billion) in lost customs duties after London allegedly ignored a scam by Chinese importers.

The bloc's fraud watchdog said last year that the U.K. turned a blind eye to the rampant use of fake invoices and customs claims by Chinese importers for textiles and footwear.

The launch of the so-called infringement action threatens to inflame tense negotiations between Britain and the EU on their trade and customs relations after Brexit next year.

"Today, the European Commission decided to send a letter of formal notice to the United Kingdom because it refuses to make customs duties available to the EU budget, as required by EU law," the commission said in a statement.

Britain now has the right to reply to the allegations by the European Commission, the 28-nation EU's executive and enforcement arm.

If Brussels is still not satisfied it can demand further explanations and eventually take the case to the European Court of Justice, which could then order Britain to repay the money.

"We believe the methodology used overestimates U.K. import values and is not suitable to produce an estimate of alleged customs duty undervaluation," the spokesman said.

The EU said the March 2017 report by the OLAF anti-fraud office had revealed that importers had "evaded a large number of customs duties by using fictitious and false invoices and incorrect customs value declarations."

"Further commission inspections brought to light a dramatic increase of the scale of that undervaluation fraud scheme operating through the hub in the United Kingdom between 2011 and 2017," it said.

But Britain failed to take action "despite having been informed of the risks."

"The commission calculates that the infringement of EU legislation by the United Kingdom resulted in losses to the EU budget amounting to 2.7 billion euros," it said.

But the British spokesman said the EU estimate "fails to take account of the substantial growth in the low-value end of the U.K. clothing market."

He added: "We take customs fraud very seriously, as our track record proves, and we continue to work with our European partners and evolve our response as new threats emerge."

Britain has said it will leave the EU's customs union and single market after Brexit in favor of a new arrangement whose shape will be determined in negotiations in coming months.

EU President Donald Tusk on Wednesday rebuffed British Prime Minister Theresa May's hopes of the "deepest possible" post-Brexit trading relations, saying a standard free trade deal was the most Britain could get given its own conditions.