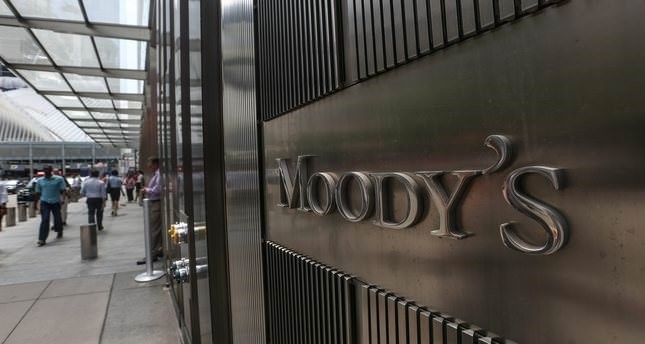 Moody's downgraded Turkey's sovereign rating to 'Ba2' from 'Ba1', and changed its outlook to "stable" from "negative", the global rating agency announced Wednesday.

The downgrade of Turkey's rating was driven by two key developments, according to Moody's.

Second is the "increased risk of an external shock based on Turkey's wide current account deficits and higher external debt."

The reason for changing the outlook to stable derives from the country's economic and fiscal strengths, mostly based on Turkey's large and dynamic economy and favorable government debt metrics, Moody's said.

The rating agency said Turkey's rating would be revised up if there are structural reductions in vulnerabilities, such as a significant and sustained narrowing is observed in the country's current account deficit.

"Reductions in political risk emanating either from the geopolitical or domestic political environment, while credit positive, would not necessarily result in upward rating actions in the absence of sustainable improvements in external vulnerability," Moody's explained in a statement.

Turkey's rating would be revised down if the possibility of a balance of payments crisis increases, there is a sustained lower growth, and the government's fiscal strength would be worsened, in addition to further weakening in institutional strength, the agency said.