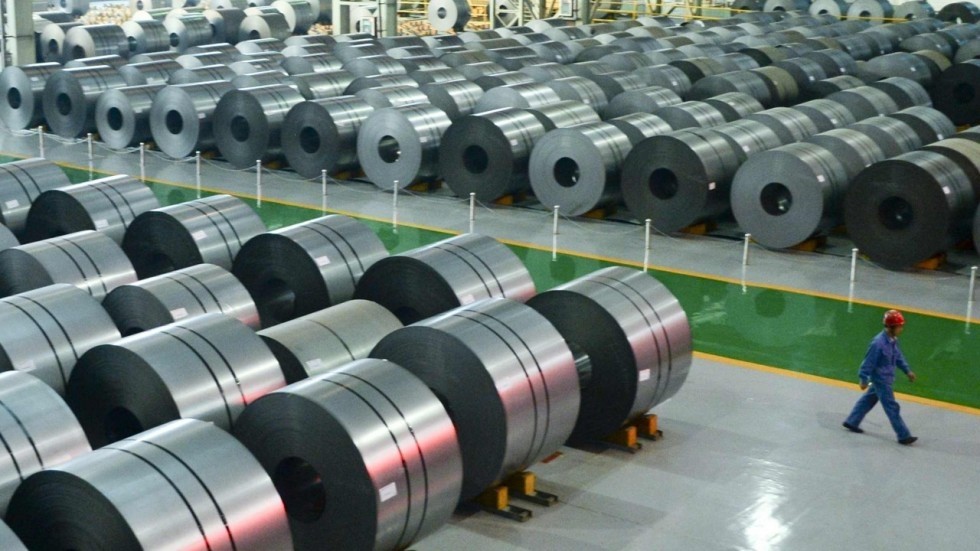 U.S. stocks are rising Thursday afternoon as investors anticipated that President Donald Trump's tariffs on steel and aluminum imports will be less harsh than they had feared. Trump is scheduled to formally order the tariffs this afternoon.

The Russell 2000 index of smaller-company stocks dipped 2 points, or 0.2 percent, to 1,572. The index jumped 4.5 percent over the past four days as discussion about the proposed tariffs prompted investors to buy U.S.-focused companies and sell more multinational firms.

EXPRESS YOURSELF: The insurer Cigna will spend about $52 billion to acquire the nation's biggest pharmacy benefit manager, Express Scripts, the latest in a string of proposed deal as health care's bill payers attempt to get a grip on rising costs. Express Scripts jumped $6.38, or 8.7 percent, to $79.80 while Cigna lost $21.88, or 11.3 percent, to $172.37.

TRADE WINDS: The White House said Trump will sign tariffs on imported steel and aluminum, a move Congressional Republicans and business leaders had opposed. Sources said Canada and Mexico will be exempted from the tariffs indefinitely, and other countries will be invited to negotiate for exemptions of their own. That could reduce the severity of retaliation by other countries.

The tariffs will take effect in 15 days.

Stocks slumped early Wednesday as investors felt the departure of Trump economic adviser Gary Cohn, along with Trump's comments about an intellectual property dispute with China, meant the administration intended to take a harder line in the future. The market recovered most of its losses after the White House said some countries might be exempt from the metals tariffs.

SPOILAGE: Grocery store Kroger posted a bigger fourth-quarter profit and said its digital sales almost doubled in the past year, but its profit forecast for the current year disappointed investors. Kroger expects to earn between $1.95 and $2.15 a share for the year, while FactSet says analysts expected a profit of $2.15 per share on average. The stock fell $3.12, or 11.9 percent, to $23.12.

BONDS: Bond prices edged higher. The yield on the 10-year Treasury note declined to 2.86 percent from 2.88 percent. Banks traded lower, as lower yields mean they can't make as much money from lending.

TGIF? Friday will be the ninth anniversary of the current bull market. March 9, 2009, was the lowest point for the S&P 500 after the 2008-09 financial crisis that touched off the Great Recession. The index has roughly quadrupled since then and it's about five months away from becoming the longest-lived bull market since World War II.

Friday could also be a turbulent day for stocks because the government will issue its monthly jobs report. Investors will be paying especially close attention to how much wages grew in February. One month ago, the Labor Department reported strong growth in wages, and investors feared that meant inflation is picking up and interest rates will start to rise more rapidly. That touched off a nine-day, 10 percent plunge for the S&P 500, which has yet to fully recover.

OVERSEAS: The CAC 40 in France added 1.3 percent and the DAX in Germany rose 0.9 percent. In Britain the FTSE 100 gained 0.6 percent. That came after the European Central Bank hinted that it is closer to exiting its extraordinary monetary stimulus effort. At the end of its latest meeting, the ECB omitted a promise that it could increase its bond purchases if the economy worsens.

UNPRINTABLE: Publisher Tronc plunged $4.87, or 24.6 percent, to $14.95 after its profit fell short of Wall Street forecasts. Also sinking was homebuilder Hovnanian Enterprises, which had a disappointing first quarter. It gave up 15 cents, or 6.4 percent, to $2.13.