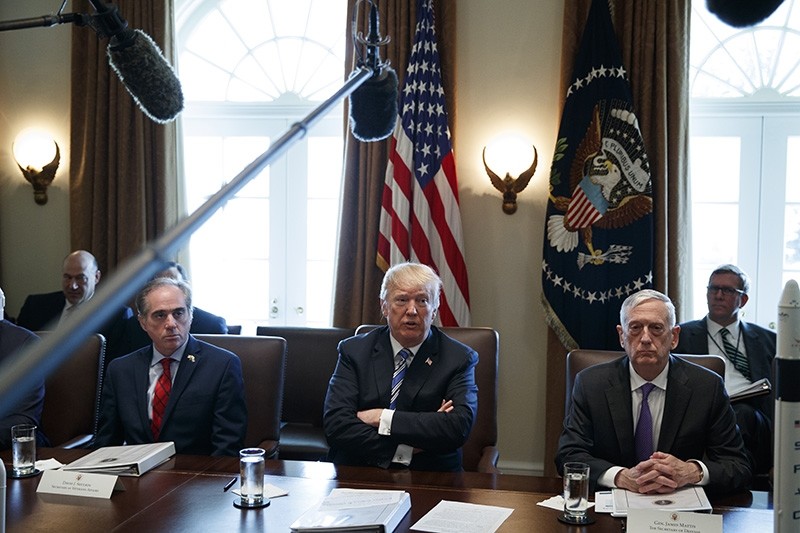 President Donald Trump said Thursday he was sticking to his plans for 25 percent tariffs on steel imports and 10 percent on aluminum imports but would have flexibility to change those for specific countries.

Trump said he would be fair and flexible on the issue while protecting American workers.

Earlier Thursday, Trump suggested Australia and "other countries" might be exempted, along with Mexico and Canada.

The president's plans have irritated U.S. allies and sparked concerns about a trade war.

Mario Draghi, the president of the European Central Bank, said that the "immediate spillover of the trade measures... is not going to be big." But he said such disputes should be worked out among trade partners, not decided by measures initiated from one side.

"Whatever convictions one has about trade... we are convinced that disputes should be discussed and resolved in a multilateral framework, and that unilateral decisions are dangerous."

Trump is expected to announce his tariff decision by the end of this week. Trump has long singled out China for being unfair in trade practices, but experts say the tariffs would hurt U.S. allies Canada and the European Union far more.

Draghi warned that unilateral moves like these tariffs could trigger retaliation — which the EU and China, among others, have already threatened.

The most important fallout, Draghi said, would be if tariffs raised fears about the economy. They could depress confidence among consumers and businesses, he said, which could weaken both growth and inflation.