Retailers in China cash in on 'she' economy for Women's Day 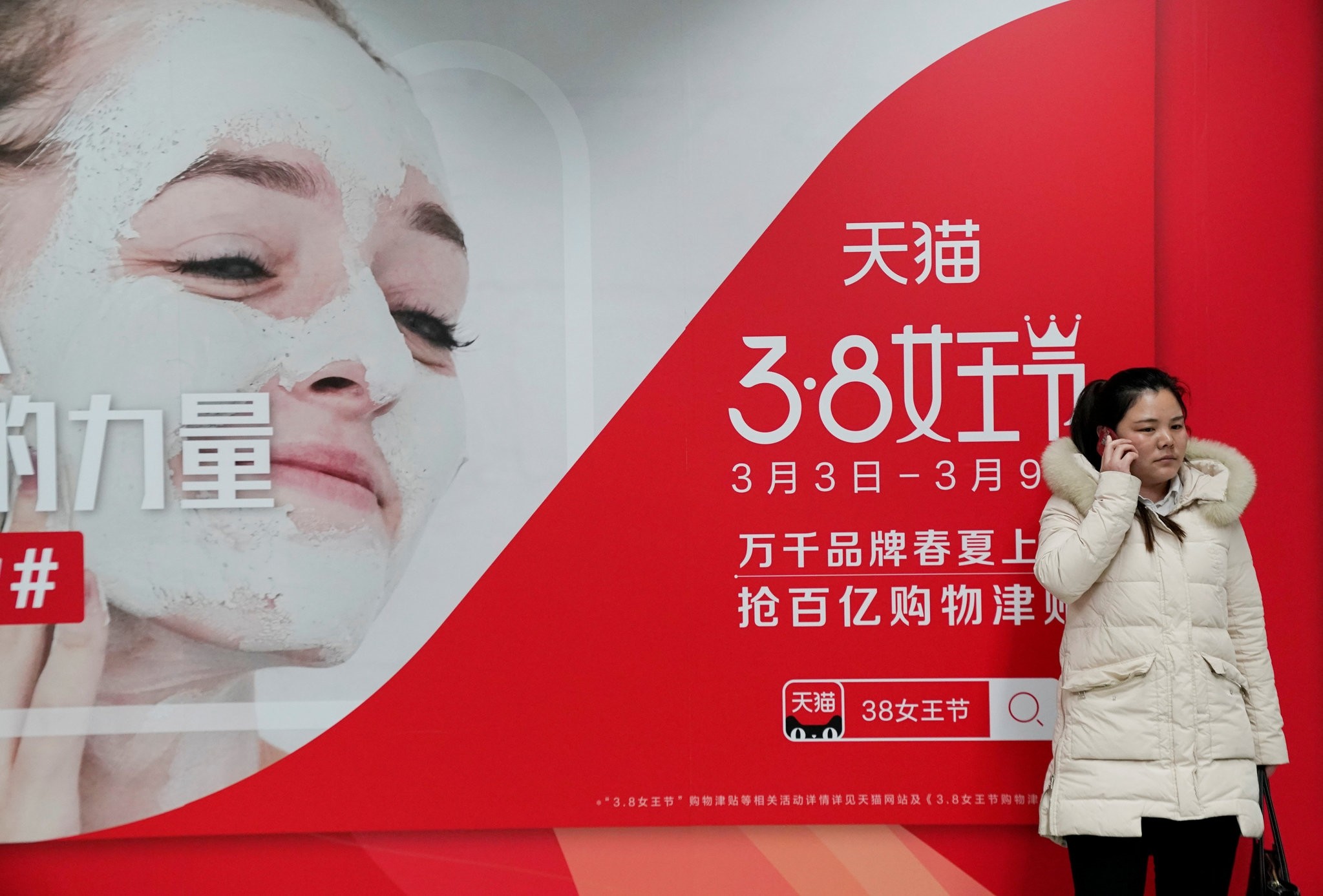 A woman stands in front of an International Womenu2019s Day advertisement by Tmall, Alibabau2019s e-commerce platform, at a subway station in Beijing.
by Mar 09, 2018 12:00 am

Chinese retailers cashed in on International Women's Day, offering coupons and discounts on sportswear, cosmetics and healthcare to get women to spend more, dubbing the day ‘Queens' Day'

Across the globe, women were hosting workshops, protests and dinner parties to celebrate the women's rights movement and press for progress on gender equality. But in China, the day was dominated by sales campaigns from online retailers, a trend that has angered women's rights activists who want to reclaim the day as an opportunity to make progress on issues like combating sexual harassment. One gym pushed memberships by saying "it only takes three months to become a queen", while Alibaba encouraged shoppers to "give life to your women-power".

The women-targeted market, or the so-called "she economy", a term coined by China's education ministry in 2007, is expected to account for $700 billion by 2019, according to the Chinese securities firm Guotai Junan.

"If you look at how companies are thinking about their ad spending, how they think about product selection, probably they are thinking, 70 to 75 percent of our spending really needs to be targeted directly at women," said Ben Cavender, Shanghai-based principal at China Market Research Group. Women spent 64 percent more in 2017 than in 2015, with a majority of purchases made in major cities such as Beijing, Shanghai and Guangzhou, according to a report by Alibaba , which controls the largest share of retail e-commerce sales in China. Purchases were more than cosmetics and shoes. The number of women who bought running outfits rose over 13 times in the last 12 months, while spending on boxing gloves by women soared 75 percent, according to a separate Alibaba report. The drive by Chinese companies is not only focused on consumer goods. To entice increasingly health-conscious women, Alibaba is this year for the first time collaborating with private hospitals to offer around 50 percent off vaccines for human papilloma virus (HPV), the sexually transmitted disease.

Despite women's growing importance to China's economy, they still lack equality of opportunity in business and politics, according to women's rights activists. Chinese women earn 22 percent less than men per month, with the gap being wider in higher level positions, which are more often occupied by men, the Chinese jobs website Zhaopin said in a report. Only a quarter of Chinese lawmakers are women.

"The mainstream of Chinese society has not talked about real women's rights issues on International Women's Day for a long time," said Xiao Meili, a well-known feminist activist.

"They don't even dare use the three words 'funujie'," she said, referring to the original name of "Women's Day" in China, which has connotations of working women. "They always say 'Queen's Day' or 'Goddess Day', as if this is the day when everyday women finally have the chance to be doted on. It's just consumerist feminism," added Xiao.

Instead of shopping, Chinese women should take action to combat sexual harassment as part of a Chinese #MeToo-style movement, the Beijing-based Feminist Voices group, said on the popular Chinese social media app WeChat. Chinese students, professors and women's rights activists have been calling for more to be done to stamp out sexual harassment on college campuses, after a viral public accusation of sexual harassment was made by a graduate of Beijing's Beihang University against her former professor.