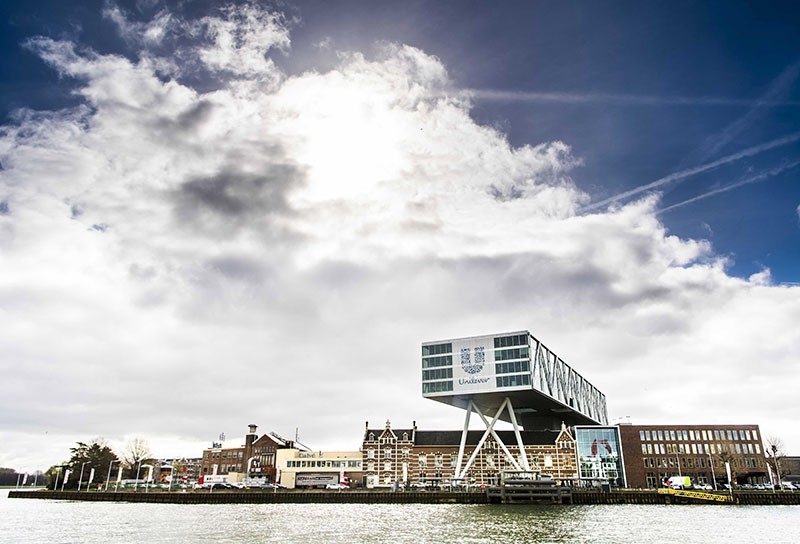 Unilever, whose famous brands include yeast extract Marmite, PG Tips tea and Persil washing powder, announced in a statement that it "intends to simplify from two legal entities, N.V. and PLC, into a single legal entity incorporated in the Netherlands".

The news represents a blow to British Prime Minister Theresa May, analysts say, as her Conservative administration battles to secure a Brexit trade deal with Brussels.

Many large international companies insist however that they will retain their London presence as a platform for post-Brexit growth in Europe.

Unilever was founded in 1930 after the Dutch margarine producer Margarien Unie merged with British soap maker Lever Brothers. Until now, it has maintained a dual-headed structure, with listings on the London, Amsterdam and New York stock exchanges.

Unilever PLC and Unilever N.V. are technically separate companies but operating together thanks to a raft of agreements that allow them to share everything from brands and technology to identical boards of directors.

"The board believes the move to three divisions and the simplification of our corporate structure will create a simpler, more agile and more focused company with increased strategic flexibility for value-creating portfolio change," Chairman Marijn Dekkers said.

"The changes announced today also further strengthen Unilever's corporate governance, creating for the first time in our history a 'one share, one vote' principle for all our shareholders."

Unilever said Thursday that the headquarters of its beauty and home care divisions would be located in London, while its food and refreshment division will remain in Rotterdam.

The move will have no impact on its 7,300 employees in Britain and 3,100 in the Netherlands, the company said.

While analysts saw the decision as a consequence of Britain's plans to leave the EU in March 2019, the government said Brexit had nothing to do with it.

"Unilever has today shown its long-term commitment to the UK by choosing to locate its two fastest-growing global business divisions in this country, safeguarding 7,300 jobs and £1 billion (1.1 billion euros, $1.4 billion) a year of investment," a government spokesman said.

"As the company itself has made clear, its decision to transfer a small number of jobs to a corporate HQ in the Netherlands is part of a long-term restructuring of the company and is not connected to the UK's departure from the EU."

David Cheetham, chief market analyst at XTB, said the reasoning seems "pretty logical" given that the Dutch business represents 55 percent of Unilever's overall share capital and that the shares listed in Amsterdam are more liquid than those in London.

"Whilst it is tempting to politicize this decision as a clear and obvious example of waning confidence in post-Brexit Britain, that would be remiss, with the simple facts being that it is purely business-based," Cheetham said.

However Jos Versteeg, an analyst at the Amsterdam-based InsingerGilissen private bank said he believed Unilever's choice indeed had to do with Brexit.

"I think they chose in favor of a Dutch entity because of Brexit and that it's better to be in Europe," he told AFP.

"It's a hard blow for Britain to see Unilever's headquarters disappear... but then it's more symbolic and eventually it will have little effect on jobs," Versteeg added.

"Unilever will still have a London listing and two of the divisions will be based here, but making the main headquarters in Rotterdam will hurt Theresa May at a key point in Brexit negotiations with the EU," added Lee Wild, analyst at British-based Interactive Investor.

Carmen Stoian, international business lecturer at the University of Kent said Unilever's step to the Netherlands made business sense, but Brexit may have struck too.

Unilever, which employs some 169,000 people around the world, owns more than 400 household brands that also include Dove soaps, Knorr soups, Lipton tea and Magnum ice cream. The company had sales in 2017 of more than 50 billion euros ($62 billion).

Dutch Prime Minister Mark Rutte hailed the shift, saying it was of "enormous significance" to have Unilever's headquarters in The Netherlands "because this is where the decisions are made."

"It's also good for the Dutch image to have some of the world's largest companies here, Shell, Philips, Unilever and Akzo(Nobel)," the pro-business Rutte told NOS public broadcaster.

The move comes in the wake of a failed hostile bid by its U.S. rival Kraft Heinz last year and analysts say it also played a key role in Unilever's decision.

Last year, Unilever vowed to slim down its organization and create more value for shareholders after rebuffing a $143 billion hostile bid by Heinz.

The Netherlands has stronger takeover protection rules than Britain and has a unique set of laws that makes it very difficult, but not impossible, for outside companies to conclude hostile takeovers.

This includes the so-called "Dutch poison pill", a measure invoked during a takeover bid which transfers control of the company from public stockholders to a controlled foundation.

Unilever Chairman Marijn Dekkers said the decision, which followed a company review, would improve its future options regarding potential takeovers and demergers.