US stock and crop futures down after China announces tariffs 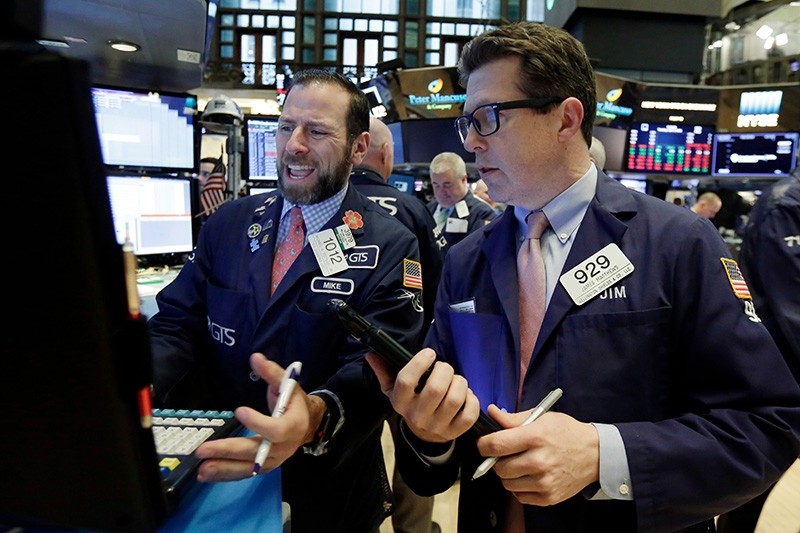 Wall Street futures were down Wednesday after China announced that it is imposing tariffs on U.S. goods in response to President Donald Trump's proposed tariffs.

China bumped up tariffs by as much as 25 percent on 128 U.S. products, from frozen pork and wine to fruits and nuts, in response to U.S. duties on imports of aluminum and steel.

Gold snapped a three-session losing streak and the dollar fell after the tariffs, which are due to take effect on Monday, were announced late Sunday by China's finance ministry.

The three major U.S. stock indexes fell more than 2 percent each as the rout wiped out the tech-heavy Nasdaq index's gains for the year and sent the benchmark S&P 500 crashing through its 200-day moving average, a closely watched technical indicator.

It was the first time the index closed below its 200-day moving average since June 2016 in the wake of Britain's decision to leave the European Union, known as Brexit.

Trading was light as major European markets closed for Easter Monday. Markets in Australia and Hong Kong also were shut.

Shares of Amazon, Microsoft, Intel and Facebook were the biggest drag on MSCI's all-country world stock index, which fell 1.23 percent.

The four companies also were the biggest weights on the benchmark S&P 500 index as it broke through its 200-day moving average after threatening to do so the past five sessions.

"It's a technical breakdown. A house catches on fire, it burns rather quickly and that is what is happening now," said Peter Cardillo, chief market economist at First Standard Financial in New York.

"Until we get to the earnings season, this market is going to shed more pain," he said, referring to first-quarter corporate results that will begin in earnest in two weeks.

Nicholas Colas, co-founder of Datatrek Research in New York, said there was a "reset" on how much exposure to technology shares investors are willing to bear.

"This is still primarily a tech-led sell-off and what we've learned over the past two weeks is just how overweight investors were in technology," Colas said.

The tariff announcement from China was not new and was not bearish but is an ongoing uncertainty, said Thomas Martin, senior portfolio manager at Globalt Investments in Atlanta.

"What you're seeing in the market is a change in leadership," he said.

"Everybody is bracing for that," Kleintop said of expected U.S. tariffs on $50 billion to $60 billion a year of imports from China that will likely intensify U.S.-China tensions.

The Trump administration will unveil by Friday a list of advanced technology Chinese imports targeted for U.S. tariffs to punish Beijing over technology transfer policies.

Amazon's stock fell 5.2 percent after Trump attacked the online retailer over the pricing of its deliveries through the U.S. postal system and promised unspecified changes.

"Only fools, or worse, are saying that our money-losing Post Office makes money with Amazon," Trump tweeted.

Intel shares closed down 6.1 percent after Bloomberg reported Apple is planning to use its own chips in Mac computers beginning in 2020.

The dollar fell for a second straight session.

Oil fell more than 2 percent, pressured by a rise in Russian production, expectations that Saudi Arabia will cut prices of the crude it sends to Asia, and a deepening trade spat between China and the United States.

U.S. drillers cut seven oil rigs in the week to March 29, bringing the total down to 797, the first decline in three weeks. The rig count is closely watched as an indicator of future U.S. oil output.

Gold, which is often seen as a store of value during times of financial or political uncertainty, rose.