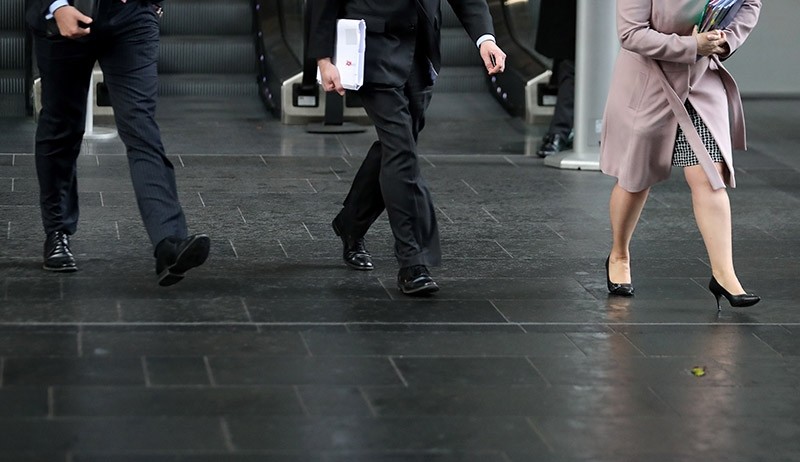 Prime Minister Theresa May introduced laws last year to force all employers with more than 250 staff to submit their gender pay gap details to the Government Equalities Office, which has now published a slew of data.

Some 10,015 businesses complied with Wednesday's midnight deadline for submissions, while those who failed to do so face the prospect of legal action.

However, 14 percent of respondents revealed that they pay women more than men, while eight percent had no gender pay gap.

The average gap -- or percentage difference between the average male salary and the average female salary -- across all companies that submitted details stood at 12 percent.

May this week vowed to tackle the "burning injustice" of the gender pay gap -- and has compared the battle with the women's suffrage campaign a century ago.

Britain's second only female prime minister after Margaret Thatcher wants to push toward pay equality, meaning the same money for a comparable job -- from back-office staff to highly-paid board members.

Ireland's Ryanair had one of the biggest gaps, with women paid 71.8 percent less then men on average.

The airline claimed its data had been affected by the "relatively low numbers" of female pilots in the aviation industry. Ryanair has a total of 554 UK pilots, of which 546 are men and just eight are women.

"A hundred years ago, some women first won the right to vote," May said earlier this week.

"But for all the welcome progress in the decades since, major injustices still hold too many women back.

"When I became prime minister, I committed myself to tackling the burning injustices which mar our society. One such is the gender pay gap."

Britain's beleaguered banks have already revealed that their female workers' salaries lagged far behind those of their mostly male colleagues.

Men employed in London's City financial district earn significantly more per hour than women excluding bonuses, and the difference is even wider among institutions that are more focused on investment banking.