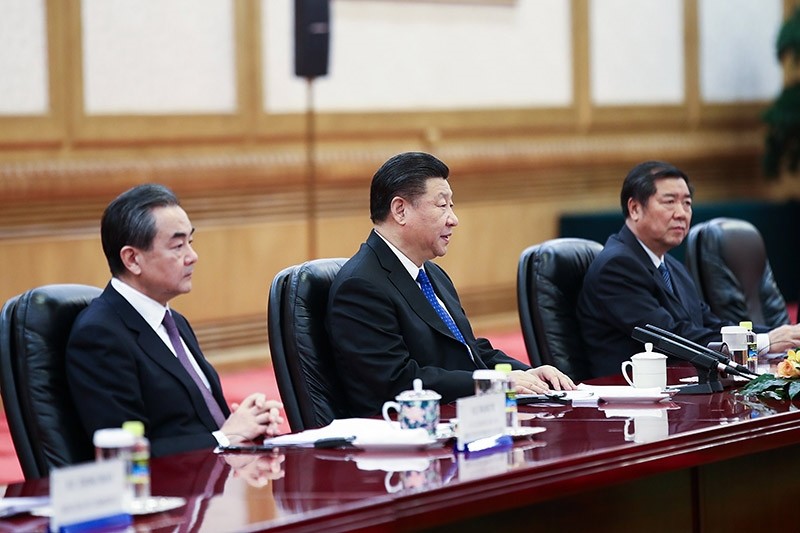 President Xi Jinping promised to cut auto import taxes, open China's markets and improve conditions for foreign companies in a speech Tuesday that called for international cooperation against a backdrop of a spiraling dispute with Washington over trade and technology.

Speaking at a business conference, Xi made no direct mention of his American counterpart, Donald Trump, or the tariff spat. But he mentioned themes that are key irritants in relations with Washington, repeating pledges to open China's banking and finance industries to foreign ownership and to protect the intellectual property of foreign companies.

Trump said in a tweet on Monday morning that when a Chinese-made vehicle is sent to the U.S., the tariff is only 2.5 percent, while American cars exported to China are slapped with a 25 percent tariff.

Trump asked, "Does that sound like free or fair trade." Then answered, "No, it sounds like STUPID TRADE."

Xi tried to position China as a defender of free trade and cooperation in response to Trump's "America first" calls for import restrictions and an overhaul of trade deals to make them more favorable to the United States.

"China's door of opening up will not be closed and will only open wider," said Xi at the Boao Forum for Asia on the southern island of Hainan.

Xi said Beijing will "significantly lower" tariffs on auto imports this year and ease restrictions on foreign ownership in the auto industry "as soon as possible."

Trump has threatened to raise tariffs on Chinese goods worth $50 billion in response to complaints Beijing pressures foreign companies to hand over technology in violation of its market-opening pledges. Beijing responded with its own $50 billion list of U.S. goods for possible retaliation.

The Chinese leader didn't refer directly to that dispute but promised to encourage "normal technological exchange" and to "protect the lawful ownership rights of foreign enterprises."