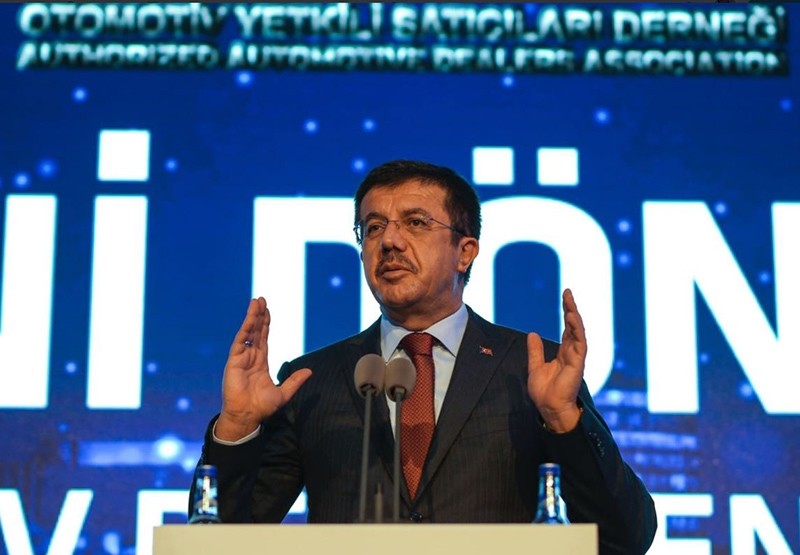 The Turkish economy expanded above expectations in the first quarter of 2018, Economy Minister Nihat Zeybekci said on Wednesday.

The minister added that the Turkish economy could grow more than 6 percent in 2018.

Turkey recorded 7.4 percent growth in 2017, making it the fastest growing economy among the world's 20 largest economies.

He stressed that everyone who invests in Turkey will make gains.

Commenting on the Turkish lira's recent plunge, Zeybekci said the current exchange rate "does not reflect the reality." He added that the fall was an "artificial stir."

The rise of the U.S. dollar and euro continued Wednesday with the lira weakening to new record lows of 4.1550 and 5.11435, respectively.