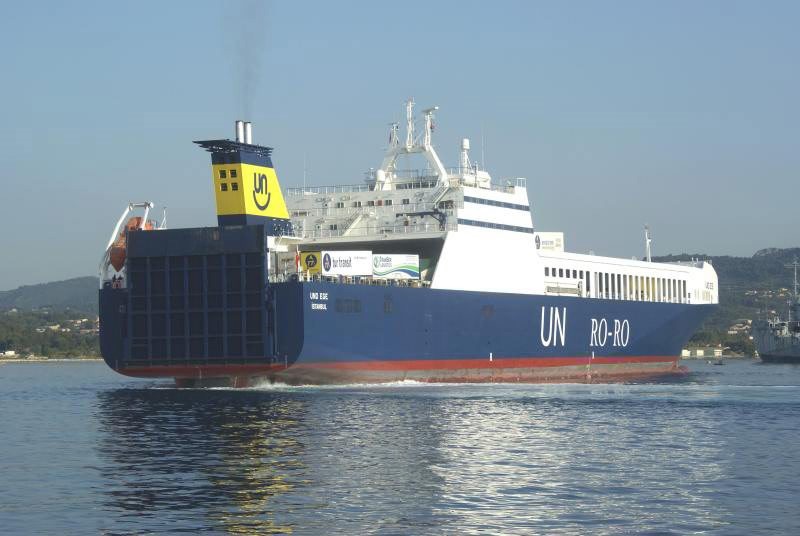 "DFDS will acquire U.N. Ro-Ro for 950 million euros on a debt-free basis, which will be mainly funded through committed debt financing," the Danish company said. "The acquisition expands DFDS' route network to include the fast growing transport market between Turkey and EU," it added.

DFDS CEO Niels Smedegaard said that the acquisition of U.N. Ro-Ro has brought the company to one of the most attractive markets in Europe. "The operation of Ro-Ro ships and operation of port terminals handling a high number of unaccompanied trailer units and containers for reloading to rail transport in the ports are very similar to DFDS' business in the North Sea. So are the goods transported - machinery, automotive parts, vehicles, electronics, computers, plastic products, textiles, clothing, food, fruit, beverages and other," Smedegaard said.

DFDS is even familiar with the ships as they were all built at the Flensburg Shipyard in Germany, where DFDS has also been building modern ships of similar design, he said.

"U.N. Ro-Ro is a highly profitable company, and we are confident that joining forces will create new exciting opportunities to leverage our network, fleet, experience, and skills to develop the business further while supporting the growth of U.N. Ro-Ro's customers," Smedegaard added.

U.N. Ro-Ro CEO Selçuk Boztepe said that the expertise, combined network capabilities and financial power of the new shareholder would increase the competitive power of the company in the face of international logistics companies and Turkish exporters as well.

The transaction is expected to be closed in June 2018 after approvals from the Turkish, Austrian and German competition regulators as well as Italian authorities, in relation to the transfer of the Trieste terminal as a strategic asset, the statement said.

The shares in the acquisition were owned by a consortium consisting of Actera Group, the parent company with investments in Turkey's largest spirits producer Mey and Kamil Koç coaches, and Esas Holding, best known by the country's largest private airline Pegasus.

U.N. Ro-Ro previously issued an explanation note regarding the public offering of 57.7 of its shares.

The company operates and owns a fleet of 12 large Ro-Ro ships with an annual capacity of 322,000 vehicles and operates port terminals in Pendik, Istanbul and Trieste in Italy. It currently operates five major routes between Turkey and the European Union, connecting the Turkish ports of Pendik, Ambarlı and Mersin with Trieste and Bari in Italy, Toulon in France and Patras in Greece.

The company carried 202,000 freight units in 2017, corresponding to a 34 percent of the total market including land transport, according to DFDS.

"U.N. Ro-Ro is highly profitable and the leading operator with a market share twice that of the next competitor in Turkey," the statement noted.

The statement added that the acquisition was expected to be earnings accretive from the first year.

The company was established by 48 Turkish transport companies in 1994, in the height of armed clashes in the former republics of Yugoslavia, to by-pass the Balkans and reach European markets with an initial route to Italy's Trieste.

U.N. Ro-Ro was initially acquired by prominent investment firm KKR & Co. in 2007 for 910 million euros, later to be sold to Actera & Esas consortium in 2014.