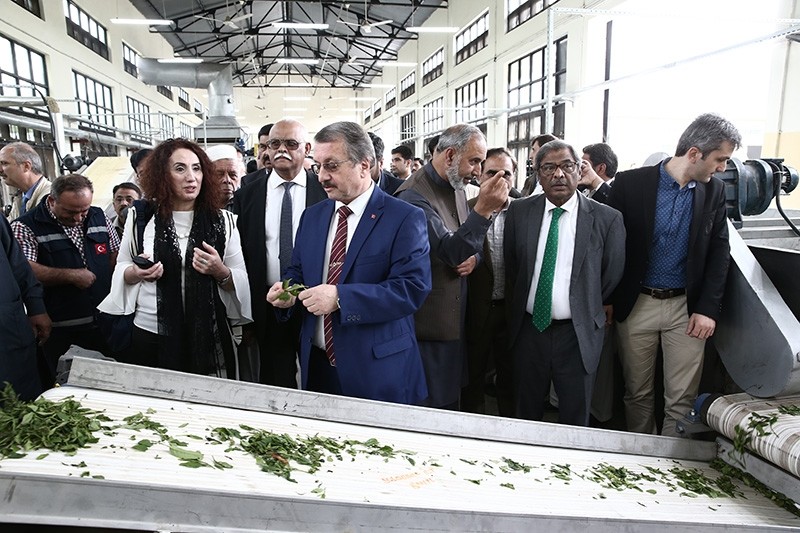 The General Directorate of Tea Enterprises (Çaykur) opened its factory in the Mansehra region, around 200 kilometers from the capital Islamabad.

Speaking to Anadolu Agency, Sütlüoğlu said that the factory would have a daily production capacity of five tons.

Although Pakistanis consume a lot of tea, they are importing tea, he said, adding that the idea of opening a factory came from Pakistan itself.

According to official data, Pakistan spent over 23 billion Pakistani rupees (around $220 million) on tea imports during the first six months of 2017.

Over the past two decades, the country's tea imports have ballooned over 325 percent.

Sütlüoğlu said that the facility would make a great contribution to the development of tea farming in Pakistan.

"This plant is a small gift from Turkey to Pakistan," he added.

He said that Turkey is ready to support Pakistan on tea saplings as well.

Speaking at the opening ceremony, Hamid said that Pakistan is a big tea market, as it imports tea from 16 countries.

Zafar said that for years Pakistanis thought foreign teas were better but "we need to get used to our own products."

"As Turkey has been producing its own tea for the last 90 years, we should come to this level too," he added.

He said that the factory would help develop Pakistan's tea industry.

After the opening ceremony, high-quality tea saplings brought from Turkey were planted in the factory garden.

Çaykur, founded in 1983, is a state-owned enterprise, and its processed-tea products include white, green, black, organic, leaf, and iced tea. It employs more than 10,600 people in its 56 factories.