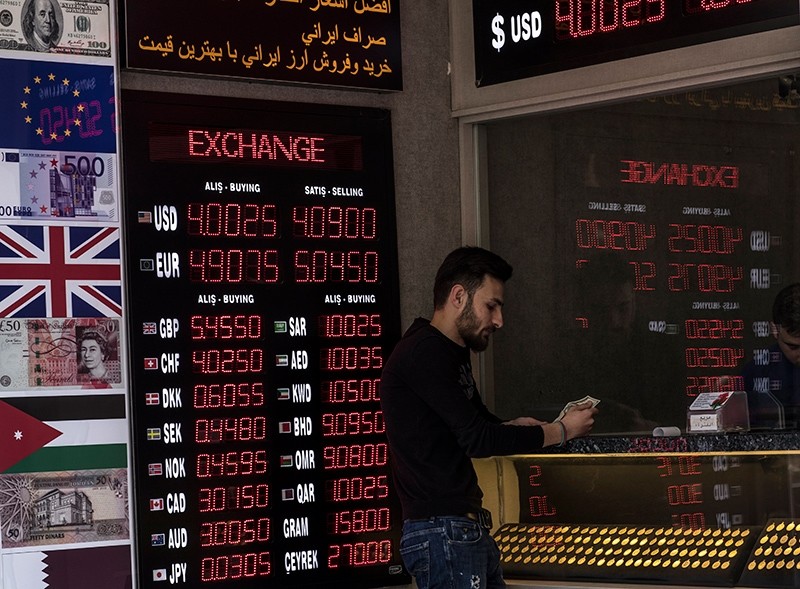 When opposition Nationalist Movement Party (MHP) Chairman Devlet Bahçeli called for early elections in a speech at a MHP parliamentary group meeting on Tuesday, Turkish markets were affected by jittery investors since it was perceived as creating political uncertainty.

The dollar-Turkish lira exchange rate rose from 4.07 to 4.12 at first while the stock market fell over 1.5 percent during the day following Bahçeli's remarks.

MHP leader's call in which he stressed the urgent necessity to implement the presidential system that passed in an April 2017 constitutional referendum, was welcomed by the ruling Justice and Development Party (AK Party) and its leader, President Recep Tayyip Erdoğan, as well as other opposition parties, but the relief of markets came when yesterday afternoon Erdoğan announced the date for elections to be June 24.

While elaborating on the reasons for early elections, Erdoğan cited the necessity to expedite decision-making processes for the macroeconomic agenda and mega-scale investments as he said the new presidential system will ensure more reforms with effective decision-making mechanisms.

Customs and Trade Minister Bülent Tüfenkci also said yesterday that decision on the elections will eliminate any uncertainty for the economy and the business world.

"We know that predictability is very important for the business world," Tüfencki said. "We are among those who think that elections will not have an extraordinary impact on the Turkish economy, and will have a positive effect instead."

Istanbul Chamber of Commerce (ICC) Chairman Şekib Avdagiç said in a written statement that early elections offer good prospects for the real sector. The business world will move investment decisions ahead as the new presidential system will start as the mode of governance in the country. The transition to the new system, Avdagiç said, will ensure political stability which will support economic growth.

"It is urgent for Turkey to launch the presidential system in the face of mounting exchange rate risks and risks posed for the real economy sector," he said.