In wealthy Germany, many still growing up poor 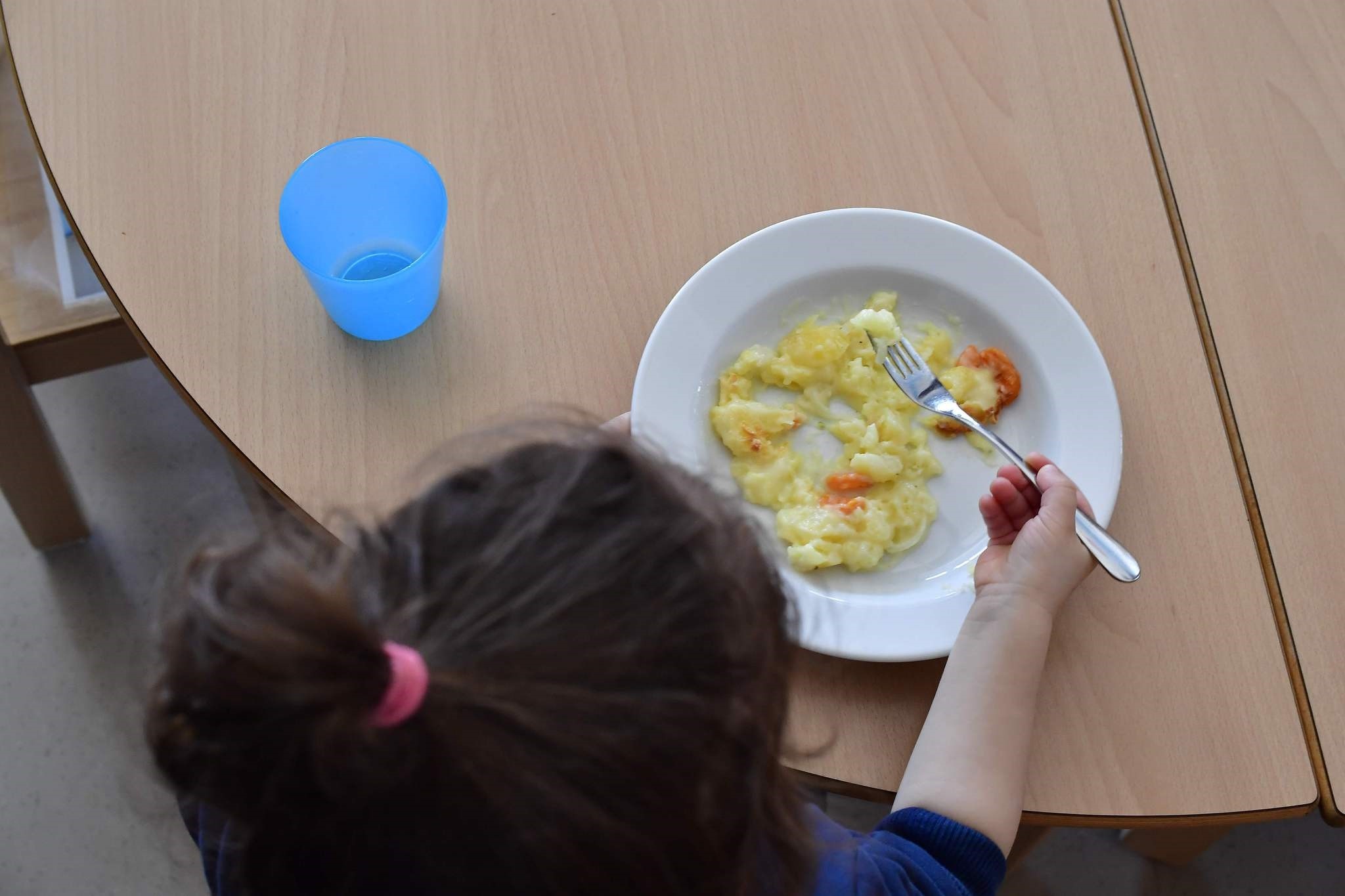 A girl eats lunch at a family center and kindergarden at the Gropiusstadt quarter, Berlin.
by Apr 21, 2018 12:00 am

One in five children live in poverty in Europe's top economy with little prospect of climbing the social ladder, and many of the youngsters' parents often lack the money or time to provide regular meals

Chancellor Angela Merkel touted Germany as a country "in which we live well and happily" during her re-election campaign. But those words ring hollow to the one in five children living in poverty in Europe's top economy, with little prospect of climbing the social ladder.

It's just gone 3:00 p.m. at the Lichtenberg youth center in East Berlin, where youngsters are laying out cherry tomatoes and carefully chopped cucumbers, as they get ready to prepare dinner together. For many of them, the weekday ritual is an eagerly awaited moment. "We notice it a lot especially among the teenagers, they ask us: 'When can we eat? I haven't eaten all day,'" said Patric Tavanti, head of the center run by the charity Caritas. Many of the youngsters' parents often lack the money or the time to provide regular meals, he said, adding that the center aims to give the youths a space "where they can feel at home."

"I come almost every day," Leila, one of the teens, told Agence France-Presse (AFP). "We chat, cook together and just have fun."

In Europe's powerhouse, the economy is humming, public coffers have never been fuller and unemployment is at its lowest since reunification in 1990. Yet some 20 percent of under-18s live in "relative poverty," according to the Family Ministry, defined as living in households that have to get by on less than 60 percent of the average German household income. For a single parent with one child, that amounts to a monthly net income below 1,192 euros ($1,470). For a family with four children, it's less than 2,355 euros. Despite record employment, only a third of the parents of Germany's roughly 2.8 million impoverished children have jobs, said Heinz Hilgers of the Child Protection Association (Kinderschutzbund).

Beyond the material shortcomings they suffer, growing up poor takes its toll in many other, more insidious ways.

"It's a downward spiral," said professor Klaus Hurrelmann, of the Hertie School of Governance in Berlin. "The children feel excluded, they start to feel ashamed when they can't join in school excursions or invite friends over for a birthday party. They end up losing confidence in themselves and struggle at school," he said.

Tavanti, of the Berlin youth center, said it was a phenomenon he had witnessed first-hand. "Just one of our adolescents is currently trying to pass the Abitur," he said, referring to the secondary-school leaving certificate required to pursue higher education. He believes many German schools struggle to meet the needs of these at-risk children, who often come from immigrant families or single-parent homes.

"We're seeing a growing need for food, but also for help with homework and reading," agreed Lars Dittebrand, who runs the Manna family center in Berlin's Gropiusstadt area, famed for its towering social housing estates.

Compounding the problem is Germany's early-age education sorting system, critics say, which can prematurely put disadvantaged pupils on a less academic route, potentially leading to lower-paying and less secure jobs. Decrying what it calls "hereditary poverty" in Germany, a study by the Bertelsmann Foundation think tank found that just some three to 16 percent of households, depending on calculations, managed to cross the poverty line and improve their lot.

"That's how generations of poor children become poor adults and poor parents," said Hilgers, of the Child Protection Association. As well as being a stain on Germany's conscience, it's "a huge economic risk," he warned, in a greying nation already grappling with a shortage of skilled labor.