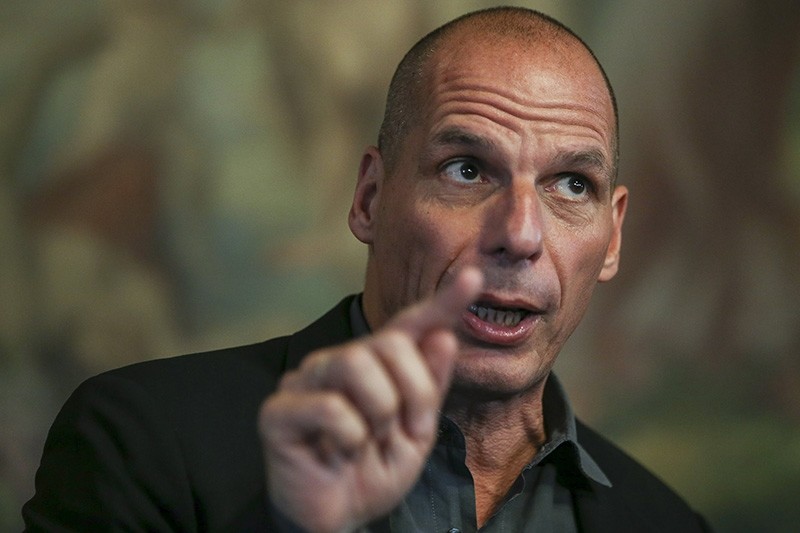 Interviewed during a visit to Lisbon, Portugal, Varoufakis said: "Everyday is worse than the previous day. All talk of recovery, and of Greece having turned the corner, is to add insult on the injuries of the Greek people."

Varoufakis said the country suffers constant reduction in pensions and wages, adding: "Do you know that 33 percent of Greeks now work for less than 380 euros a month? Gross, before tax."

"Already the government has committed, even legislated, to introduce pension cuts in January 2019, to introduce a further increase in taxation of the poorest families, after January 2019. They have committed to escalate, exponentially, the evictions of poor families from their homes, repossessions. So, of course there will be no changes after the summer of 2018," he said.

Varoufakis's review came in sharp contrast to Juncker's comments Thursday that Greece would be what he called a "normal" country within a few months.

Juncker, who was visiting Athens, said Greece can exit its third financial bailout program without requesting a precautionary credit line, after implementing broad reforms in return for bailout funds.

"We want to apply every effort to ensure that the exit of Greece from the bailout is a clean one. And that there will not be any precautionary line," Juncker said after meeting Prime Minister Alexis Tsipras.

"I have never been a fan of austerity," he said.

Greece has received about 260 billion euros in bailout funds since 2010, when it required the first of what were to be three international bailouts. Its latest bailout, worth up to 86 billion euros, runs until August, and the country does not want a credit line because of the possible conditions attached.

Varoufakis formed the pan-European, left-wing party DiEM25 in 2016, which is currently putting together a list of candidates for the 2019 EU parliamentary elections.

He said Thursday, "DiEM25 is our attempt to do that which our grandparents failed to do in the 1930s," recalling the failed attempt by "progressivists" to kindle unity across Europe "to stop the slide into the abyss of Nazism and war."

"This is what we need to do now because we have a similar danger and you can see it with the rise of the ultraright everywhere," he said.

Varoufakis's visit to Lisbon marked the anniversary of Portugal's 1974 Carnation Revolution in which right-wing dictator Marcello Caetano was overthrown.