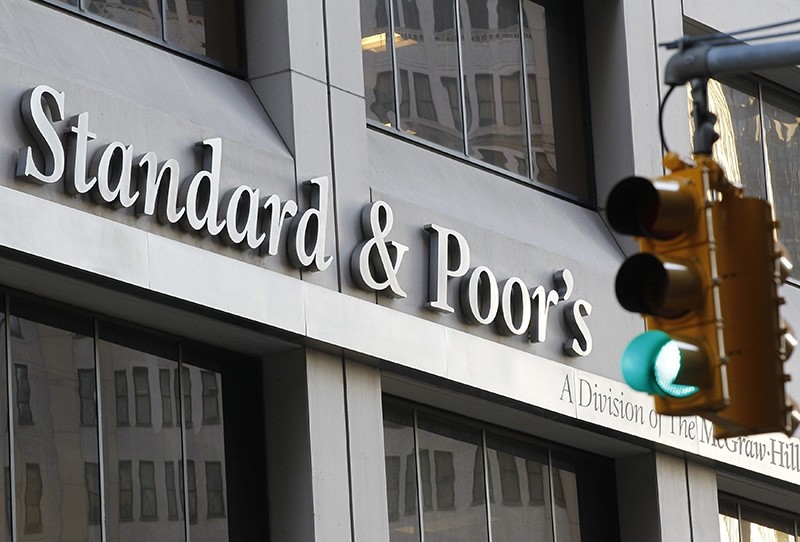 "Our downgrade reflects our view that there is a risk of a hard landing for Turkey's overheating, credit-fueled economy," the agency said in a statement.

The statement said that Turkey's macroeconomic imbalances, mainly a deteriorating current account and fiscal deficit, as well as high inflation, are "building up", adding that the exchange-rate depreciation and volatility are "a risk to Turkey's financial stability."

"Signs of distress in the private sector are starting to show, and capital outflows and the lira's depreciation may accelerate this trend," S&P said.

The U.S.-based agency said that the stable outlook on Turkey balances risks from what S&P sees as overheating economy and growing macroeconomic imbalances, adding that it could lower Turkey ratings if external financing conditions, Turkey's exchange rate deteriorate further and eventually lead to an increase in vulnerabilities in the country's private sector.

Turkey's economy is the fastest growing in the Group of Twenty but it is haunted by an uncertain long-term outlook.

Turkey recorded stellar growth of 7.4 percent in 2017 but the data have failed to douse fears over the underlying health of the economy which is marked by double-digit inflation, a wide current account deficit, a weak currency and high corporate debt.

Inflation is at 10.23 percent, double the central bank's official target of five percent. The central bank last week raised its main interest rate more than expected to try to contain the pressures.

But S&P said, "We think these steps will be insufficient to reduce by much the gap between inflation (at 11.1 percent last year) and the central bank's five percent medium-term target, or to reduce the volatility of Turkey's real effective exchange rate."

"The central bank, which has been facing increasing political pressure, has not met its inflation target since 2012.