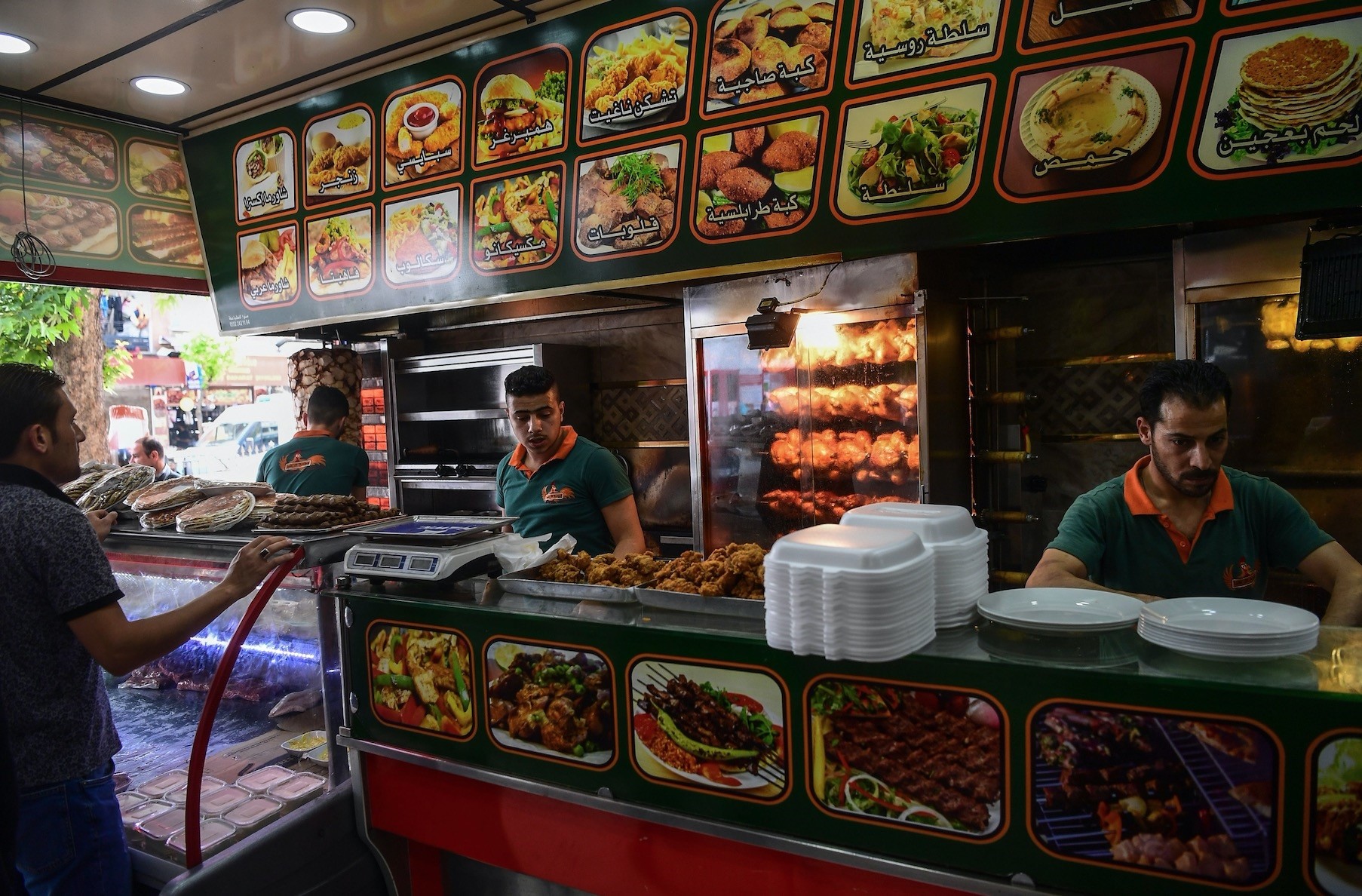 Syrian men work in a restaurant in Gaziantep, a province located in southwest Turkey.
by Daily Sabah with DHA
May 19, 2018 12:00 am

Significant number of 3.5 million Syrian refugees in Turkey have contributed to the country's economy either as investors or laborers since their arrival, boosting the Turkish economy

Aiming to break down the prejudice toward refugees as well as addressing the issue of basic human value and eradicating the negative propaganda and misconceptions by going beyond the everyday debate, a report titled "Syrian Refugees and Turkey's Economy - Discussions on an Impact in the Light of Universal Experience" has revealed the positive contributions of Syrian refugees to the Turkish economy.

The report prepared in partnership with the International Foundation for Technology, Economic and Social Research (UTESAV) and Istanbul Medipol University was recently released. Representatives from the UTESAV, Istanbul Medipol University and businesspeople attended the press conference held at the Independent Industrialists and Businessmen's Association (MÜSİAD) head office in Istanbul.

Delivering the opening remarks, UTESAV Board of Trustees Chairman Mehmet Develioğlu said, "In order to eradicate one of the sources of discriminatory prejudice against Syrian refugees, we need to address the issue; not only the ethical, humanitarian and legal aspects, but also the economic dimension."

He emphasized that the negative perceptions of refugees are mostly due to misinformation and unsubstantiated perspectives, especially concerning their impact on the Turkish economy.

"Unfortunately, people are picky about the jobs they're willing to do. Our businesspeople have been able to fill the gaps with Syrian refugees. Of course, legislation and systems for Syrian workers need to be developed and made easier," Altıntaş continued.

He said the report also revealed that the actual number of Syrians living in refugee camps is very small compared to the total number in the country and that these people mostly live in cities, contributing to society by either improving their skills or by working in factories.

Professor Bekir Berat Özipek from Istanbul Medipol University prepared the report for publication and noted that it is possible to evaluate the Syrian economic effect in two ways.

Recalling that shoe manufacturers in Gaziantep experienced sudden unemployment issues with newcomers in the first stage, Özipek said their arrival and contribution to the economy and economic dynamism lowered prices especially in the border provinces. He said that it aksı revived economic life as well as increased employment and employment opportunities - meaning that the table has turned in respect to the initial indicators.

He emphasized that Turkey hosts millions of Syrians who want to rebuild their lives; who are economically successful and engaged in trade and exports; and who buy and sell goods abroad through Turkey.

Özipek informed the audience that the number of Syrian companies registered in the Gaziantep Chamber of Commerce exceeded 200,000 as of 2016 and that according to the Istanbul Chamber of Commerce, Syrians come to the fore in economic activities created by foreign companies with a share of 25 percent.

He said the most important finding in the report is that the economy has not become a zero-sum game but continues to grow alongside the newcomers.

"It's a dynamic process. Actions must be planned in accordance with the requirements of the process. Legislators must do their part in this regard and work to eliminate the obstacles hindering the smooth operation of economic life," he said.

"For example, in Turkey companies employ 10 percent Syrian workers and 90 percent Turkish on average. This is contrary to the natural flow of economic life, rendering it difficult for Syrians to carry out bank and loan activities. This compels them to run operations via their partners in Turkey, reducing economic productivity. Turkish and Syrian businesspeople said, 'If the legislation in this area changes and the restrictions are lifted, we could exceed our current economic contributions.' We need to pave the way for this," Özipek concluded.

Over 3.5 million Syrians are registered in Turkey, far more than in any other country that has welcomed refugees resulting from the seven-year war.